Outrage as holiday home owners get £170m in Covid grants, despite more than half not living in the region - Canary Workers’ Co-op 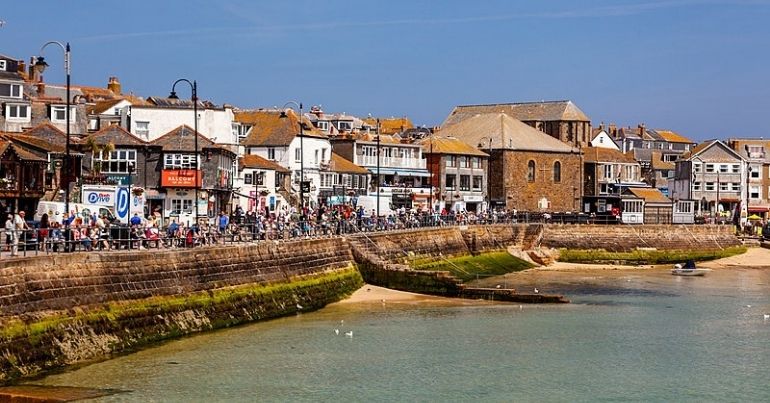 Almost £170m in Covid grants went to Cornish holiday let businesses during the pandemic. And up to 62% of holiday let business owners do not even live in the region. The local Falmouth Packet newspaper first reported the scandal on Tuesday 28 September.

There has been a chorus of disapproval about the number of holiday lets which are registered as businesses and then claim small business rates relief. This then results in them not paying any council tax or business rates.

Deputy council leader David Harris said that some forms of relief come from central government. And so have less impact on local budgets. But he also said:

However we do not believe that it is right that this broad exemption should exist in its current form and we have already asked central government for greater tax raising powers here. Apart from anything else these properties do not pay local or police precepts which is just wrong and unfair on everyone else.

Harris said he’d warned central government. But to no avail:

In relation to the covid grants I made very strong representations at the time that these should not just be paid out automatically to these holiday let businesses and that there was a technical wording that backed up my argument, unfortunately civil servants in London didn’t agree with me and I got nowhere.

61.8% of those in receipt of Covid grants and small business rates relief have addresses outside Cornwall, the figures suggest.

Cornwall Council confirmed that £169 million of Cornwall’s Covid aid was paid out to the holiday home and second homes sector and that at least £104m of which has been paid to owners who live outside Cornwall.

I have campaigned against the introduction of the small business rate relief tax loophole which provides the basis of this shocking misuse of public money since it was first introduced by the Conservatives in 2012.

Leisure toys for the wealthy

And Andrew George was clear in his demand:

It is time the Government sought to recover these monies and ensured they are deployed to address the shocking circumstances of local families suffering the housing emergency, which is in part caused by the growth of second homes and the way our stock of homes are used as investment and leisure toys for the wealthy.

The Canary spoke to the Falmouth branch of Acorn, the UK’s tenant’s union. A spokesperson said:

Basically it seems like many second home owners in Cornwall received COVID relief grants as they are declared themselves as small businesses, despite contributing very little to the costs of public services here. This is at a time when we are still facing local public service cuts despite a 5% increase in council tax.

To add insult to injury this is at a time when a second home owner, house buying frenzy has seen landlords selling up and evicting families who have no where else to go.

Asked what could be done to improve the situation, the Acorn spokesperson said:

There is a whole host of things that can be done by Cornwall Council from introducing a cap on holiday lets as well as introducing rent controls to make housing fairer in Cornwall. But at the moment we haven’t yet seen sufficient political will from Cornwall Council to fight this. Which is why we are calling on residents to join ACORN so we can mobilise to fight this unfairness.

Many know Cornwall for its weather and scenery. But the region was also recently classified as one of the poorest regions in Europe. The news that holiday home barons have also cashed in on Covid-19 could be a catalyst to address those inequalities.