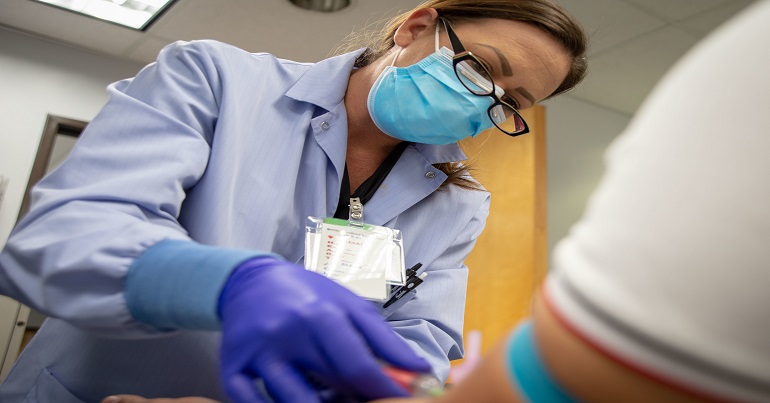 More than a million people in the UK are estimated to be experiencing self-reported long Covid, new figures show.

Data from the Office for National Statistics (ONS) suggests 1.1 million people in private households experienced long Covid during the four weeks to September 5.

This is up from 970,000 in the previous survey and is the largest monthly increase since estimates of self-reported long Covid prevalence were first published in April, the ONS said.

Self-reported long Covid is defined as symptoms persisting for more than four weeks after their first suspected coronavirus infection that are not explained by something else.

The data also shows an estimated 405,000 people have experienced self-reported long Covid that has lasted for at least a year, up from 384,000 a month earlier.

The ONS said the figures, published on Thursday, reveal a rise in the number of people who were first infected less than eight weeks previously.

These new cases of self-reported long Covid follow a period of increased incidence of Covid-19 infections in the UK during July 2021.

Fatigue was the most common symptom (experienced by 56% of those with self-reported long Covid), followed by shortness of breath (40%), loss of smell (32%), and difficulty concentrating (31%).

The ONS said prevalence of self-reported long Covid was highest among adults aged 35 to 69, and was higher in all age groups except those 70 and over compared to the previous month.

The largest monthly increase in prevalence was among young adults aged 17 to 24, from 1.2% of the population at August 1 to 1.9% at September 5.

As a proportion of the UK population, prevalence of self-reported long Covid was greatest in people aged 35 to 69 years, females, people living in more deprived areas, those working in health or social care, and those with another activity-limiting health condition or disability.

Compared with the previous month, prevalence of self-reported long Covid was notably higher among young adults aged 17 to 24 years and people working in the hospitality sector.