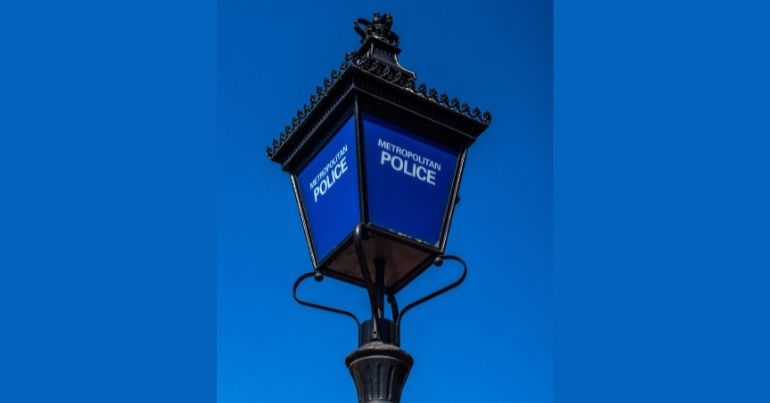 7 October 2021 marks the first anniversary of the death of Lamont Roper, a young Black man who died during a police pursuit in Tottenham, London. He was found dead in a canal having been pursued by officers. And on the anniversary, Roper’s family speak out for the first time, saying he wouldn’t have jumped in of his own accord because he was “terrified of water”.

Roper, a 23-year-old Black man, fell into the Tottenham’s River Lea after a police chase on 7 October 2020. He was found dead in the water the next day. Speaking out for the first time on the first anniversary of his death, Roper’s family told INQUEST:

We do not believe that he would have entered the water voluntarily as he could not swim and was terrified of water.

On 7 October 2020, plain-clothes Metropolitan Police officers approached Roper and a group of friends. Officer PC Collins proceeded to pursue Roper along the River Lea towpath. Both Collins and Roper were riding electric bikes. It remains unclear how Roper came off his bike. But according to INQUEST, Roper fell into the water following Collins’ use of force.

The Met Police Marine Unit and London Fire Brigade searched the river that night, but called it off around midnight. On 8 October, a Met Police diver found Roper “within a couple of minutes”. He was pronounced dead at the scene. An inquest into Roper’s death opened in 2020, with the final hearing due to take place between 22 and 30 November 2021.

Some of the officers present during the pursuit activated their body worn video cameras. But Collins did not. One year on from Roper’s death, his bereaved family is still seeking access to the existing footage.

Roper’s family released a statement on the first anniversary of his death. They told INQUEST:

We still have so many unanswered questions about how Lamont lost his life… We hope that the inquest into his death will robustly explore the circumstances of his death and in particular how he came to be in the water. We miss him every day and will not give up the fight for the truth.

Sadly, Roper’s case is not an anomaly. On 6 April, 17-year-old Ronaldo Johnson died as a result of injuries sustained during a pursuit by Greater Manchester Police officers. Kids of Colour and the Northern Police Monitoring Project campaigners joined Johnson’s bereaved family and friends on 6 October to remember the young man’s life and demand justice for his untimely death:

Today marks six months since his passing, and his family and friends are left without answers, and an IOPC who seems to forget their job is to independently hold the police to account.

This afternoon we walked the route of the police pursuit, stopping at the site of the crash.

There have been at least 432 deaths during or following police pursuits in England and Wales since 1990. In spite of these figures and recent tragedies, the government’s draconian Police, Crime, Sentencing and Courts Bill proposes to further increase officers’ powers when pursuing people.

We have seen an increase in anti-police sentiment following then serving police officer Wayne Couzens’ false arrest, kidnapping, rape and murder of Sarah Everard, and the heavy-handed policing of her vigil in Clapham.

Deaths during or following some sort of police contact are tragically familiar. Since 1990, there have been at least 1,797 deaths in police custody or following police contact in England and Wales. Racially minoritised people are overrepresented in these numbers. In spite of these significant figures, the June 2021 conviction of PC Benjamin Monk for the killing of Dalian Atkinson was the first time in 35 years that a UK police officer had been found guilty of manslaughter following a death in police contact or custody.

Stressing the importance of remembering all victims of state violence, one Twitter user said:

Whilst some people are now suddenly outraged at the state of policing, let's remember those who have been continually harassed, abused and k*lled by the police since their inception. Lamont Roper, 23, was pulled out from the River Lea after a police chase a year ago… RIP 🙏💔 https://t.co/De5Ti85Sfe

Drawing attention to the under-reported inquest into Shane Bryant’s death at the hands of police, another Twitter user shared:

Shane Bryant, a Black man was murdered by police in Leicester in 2017, restrained for 17 minutes and put in a headlock. The inquest is going on this week. Have seen hardly any solidarity for him, even though right now people are critiquing British police. #justiceforshanebryant pic.twitter.com/UXh8OZwAY6

While bereaved families and friends continue to seek answers, communities and campaigners continue to seek ways to resist state violence. For example, direct action feminist group Sisters Uncut recently announced plans to launch a network of CopWatch patrols to intervene in policing on the streets, and prevent more deaths in police custody. Anyone looking to get involved in the group’s police intervention training can sign up here.

These recent tragedies and the government’s plans to further increase police powers demonstrate just how vital it is that we continue to resist state violence, which preys on the most vulnerable and marginalised in society. It’s time to maximise current anti-police sentiment and build a sustainable, broad-based movement towards accountability and abolitionist alternatives.