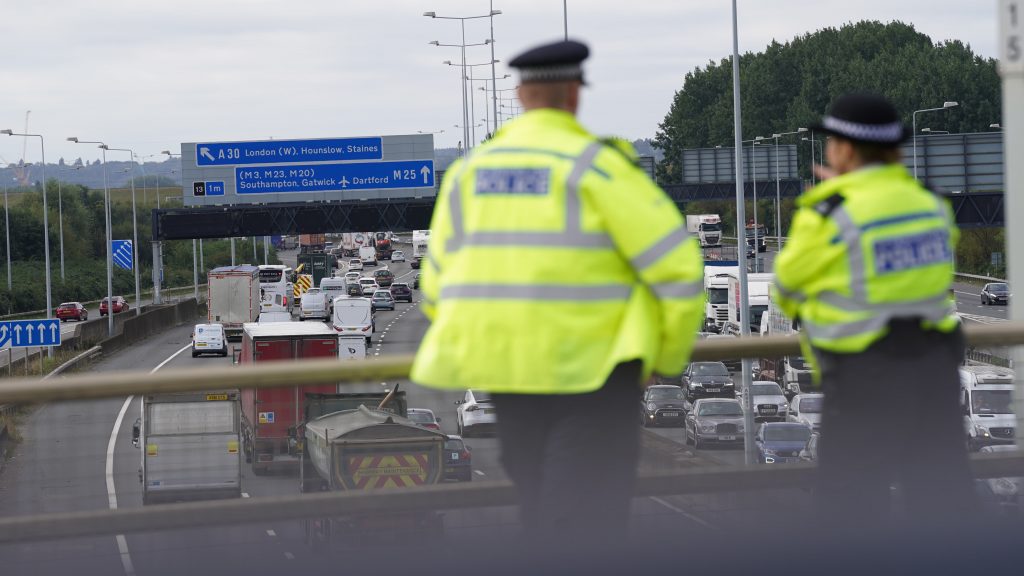 Protesters from Insulate Britain have blocked a junction of the M25 motorway and a major road in central London.

The climate activists said about 40 demonstrators are sitting on the road at junction 25 of the M25 at Waltham Cross, Hertfordshire, and on the A501 at Old Street roundabout.

A video posted on social media by radio station LBC shows protesters running in front of a police van at the M25 junction.

Officers then drag some of the activists off the road.

This is the 12th day in the past four weeks that the group has carried out protests on roads.

Insulate Britain admitted its actions on the M25 are “in breach” of an injunction obtained by the government last month.

Liam Norton, a spokesperson for the group, which is calling on the government to insulate all UK homes by 2030 to cut carbon emissions, said:

“This isn’t a cause, this is about the deaths of our children before they get to grow old. This isn’t protesting, this is about doing whatever it takes to protect the future generations. And we want to be clear, this campaign will continue until the government gives us a meaningful statement we can trust, if that happens we will get off the roads like a shot.”