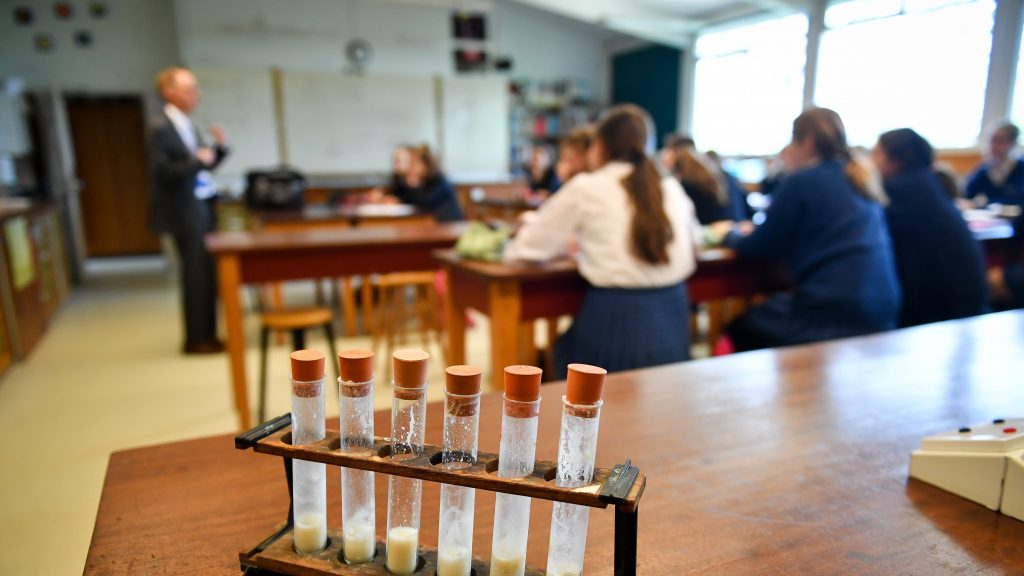 Education unions have urged the government to reintroduce extra safety measures in schools. It comes as an expert warned about the level of coronavirus (Covid-19) circulating among secondary school pupils.

The latest figures from the Office for National Statistics (ONS) show that around one in 15 children in school years 7 to 11 in England are estimated to have had coronavirus in the week to 2 October. That’s the highest positivity rate for any age group.

The percentage of people testing positive was highest in those aged school Year 7 to Year 11 (6.93%) https://t.co/R9BxUJ0dIg pic.twitter.com/iRL9N6zHWj

The unions are also writing to local authorities and directors of public health, asking them to consider measures in their local areas.

We are concerned that the Government is standing by while Covid cases surge across schools.

It is evident that more needs to be done, and sooner rather than later, to prevent further massive disruption to children’s education, caused either by children contracting Covid-19 or Covid-related staff absence.

Jim Kennedy, Unite national officer for education, called on Zahawi to “reset the safety agenda for schools”. And he argued that with winter approaching:

And the NASUWT said schools need more support with onsite testing “rather than relying on home testing, which is less effective”. The union urged the government to reinstate the requirement for self-isolation for pupils who are contacts of a positive case.

‘Disease and damage to children’

While education unions wrote to the government, an expert shared his concerns with the BBC about rising infections among children.

Professor Calum Semple is a member of the Scientific Advisory Group for Emergencies (Sage), which advises the government. Speaking on the virus spreading among children, he told BBC Radio 4’s Today programme:

There is a risk of that and it’s not a good way to get to herd immunity. Commentators would usually say it’s ridiculous to aim for herd immunity using natural wild-type infection because that brings with it disease and damage to children both from acute disease and potentially long Covid.

He said there’s “no pretence that this is a deliberate attempt to get herd immunity – that would also be ridiculous”.

And he suggested “some flexibility would be great” for parents in England to be able to take children to vaccination centres.

Most children in England aged 12-15 are currently being offered one dose of the Pfizer vaccine by immunisation teams at schools.

Semple said the uptake so far in this age group has been “really encouraging”, but added:

I’m sure it will take time for confidence to build among many parents.