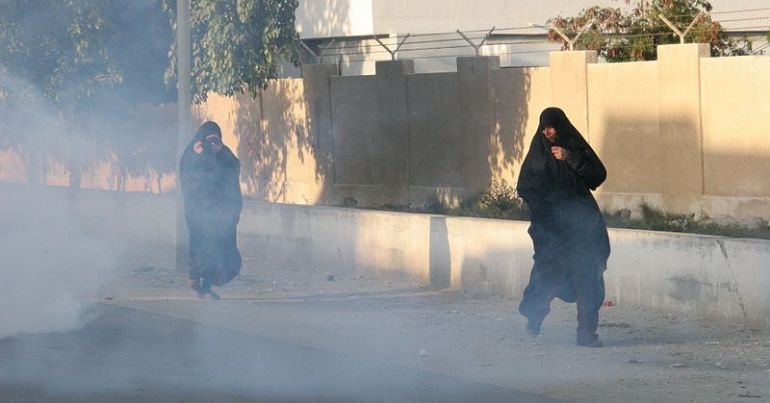 According to research group Action on Armed Violence’s (AOAV) latest report, the UK government is still selling teargas to countries that use violence. This includes the use of violence to crush internal dissent. And this has been taking place despite a number of the recipients being on the government’s own human rights watch list.

Sales to Bangladesh, Bahrain, Egypt, Maldives, Saudi Arabia and Sri Lanka have all been rubber stamped since 2008. But these are all on the Foreign Office human rights watchlist. France and Germany were also named in AOAV’s report. The report said:

France has been the most frequent purchaser of British tear gas in recent years, with 21 licences approved since 2015 for either military, law enforcement, or non-specified end users.

Amnesty International has recently criticised the use of teargas in crowd suppression in the country. Teargas is said to be a non-lethal weapon, but Action on Armed Violence says this may not be accurate:

Exposure can lead to lifelong breathing problems, miscarriages, permanent blindness, eye-damage and dermatitis. There have also been the recorded deaths of elderly and medically vulnerable people following its use.

AOAV reports that – in some cases – teargas has been sold to countries after those states had been known to have used it on protesters.

The UK Government must consider the impact that the sale of this equipment has on human rights around the world and MPs on the Committee on Arms Export Controls must be permitted to undertake appropriate scrutiny.

It is vital that the Government is not granting licenses for arms sales to countries where there are legitimate concerns that equipment may be used for internal repression or in violation of international law.

AOAV director Iain Overton was critical of the idea, popular in foreign policy circles, of a ‘Global Britain’ which does good in the world. He said that the teargas would undermine democracy and be used to crush dissent:

There is much talk about a post-Brexit Global Britain, but such global trade is also in weapons that have been used in repressing and undermining democratic protest.

So, when we are exhorted to Build Britain Back Better, should this involve not selling armaments that seem only to make things worse?

As AOAV points out, it is hard to calculate how much teargas has been sold to human rights abusers due to the UK’s opaque trade practices. But once again the UK government’s real position on human rights has been called into question. It is high time that this immoral trade was banned.