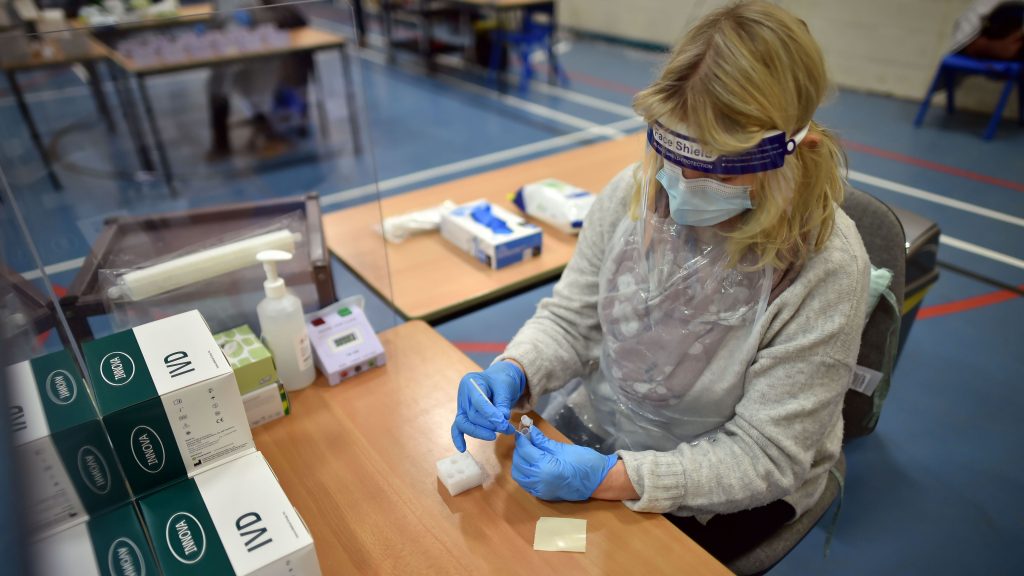 Coronavirus (Covid-19) infection levels in England are getting close to the peak seen at the height of the second wave and are mostly being driven by rates among schoolchildren, data shows.

Estimates from the Office for National Statistics (ONS) show that around one in 10 schoolchildren in years 7 to 11 in England was estimated to have coronavirus last week – the highest positivity rate for any age group.

Rates have also increased for people aged 50 to 69, those aged 70 and over, and there are early signs of a possible increase for people from school Year 12 to age 24.

▪️ increased in England and Wales
▪️ are uncertain in Northern Ireland
▪️ decreased in Scotland.

Overall, one in 60 people in private households in England had coronavirus in the week to 9 October, up from one in 70 the previous week. One in 60 is the equivalent of about 890,000 people. At the peak of the second wave in early January, around one in 50 was estimated to have coronavirus.

While infection levels in England are high, they are not leading to the same level of hospital admissions and deaths as during the second peak thanks to the success of the vaccination campaign.

The spread of the virus is most prevalent among younger age groups who have not been vaccinated, or who have only been jabbed in recent weeks. The percentage of people testing positive for coronavirus is estimated to have increased in all regions of England except the East Midlands, London, and the North East, the ONS said.