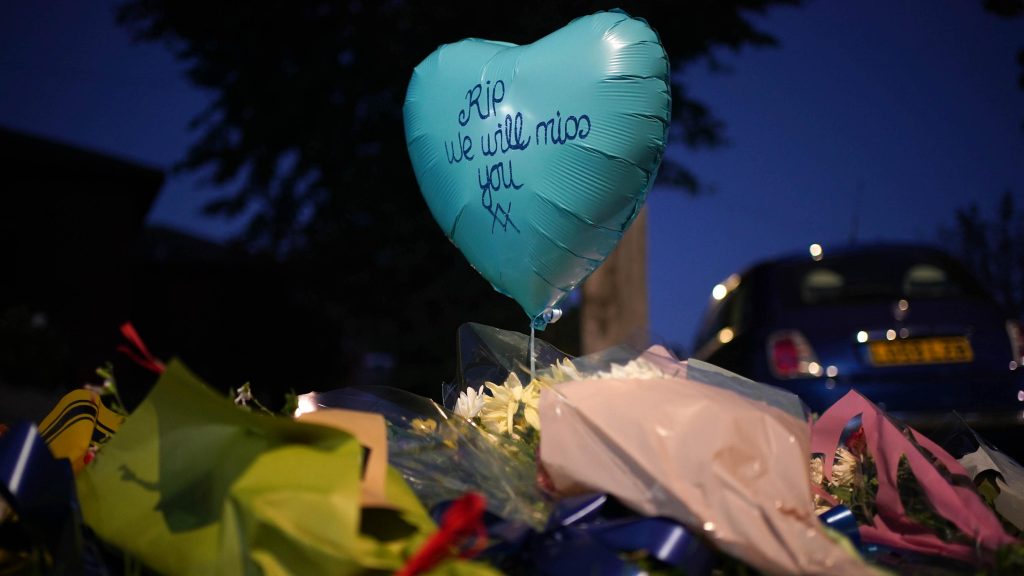 Sir David Amess has been remembered as “Mr Southend” at a vigil held in his memory.

Born in east London, the 69-year-old had been Southend West MP since 1997 – and was a keen advocate of the town’s bid for city status.

A service at Saint Peter’s Church in Eastwood Lane, close to where Amess was killed, was held on Friday evening to remember him – where he was described by a priest as “Mr Southend”.

The church fell silent as Father Jeffrey Woolnaugh paid tribute to the Conservative MP and invited his constituents to remember him.

He placed a photograph of Amess at the front of the church, and said:

This liturgy is one I was not expecting to lead today.

The whole world grieves. In this Mass we pray for the repose of the soul of dear David.

He carried that great east London spirit of having no fear and being able to talk to people and the level they’re at. Not all politicians, I would say, are good at that.

Around 80 people attended the service and listened as Father Woolnough recounted his own memories of Amess.

What can we say? He died doing the thing he loved, meeting his constituents, his local people.

Father Woolnough added that his constituents could “count on” Sir David, and said:

He was always available. We don’t have the words tonight.

Those who attended the vigil were invited to light a candle and share their own memories of Amess. A lone candle placed outside the church burned as the Tory MP’s constituents remembered him.