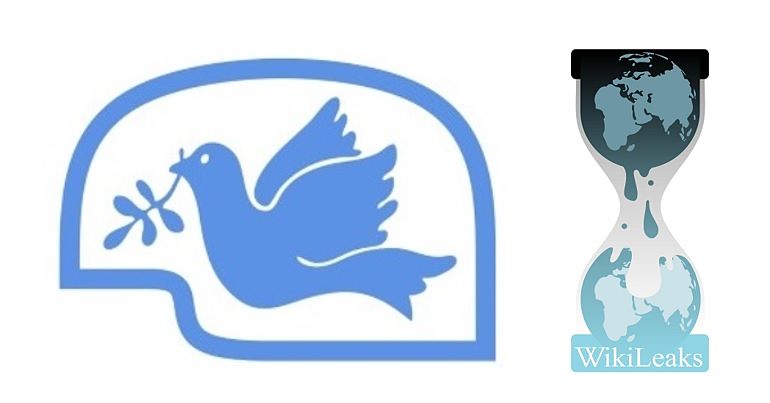 Wikileaks founder Julian Assange is facing another extradition hearing on 27-28 October. The US authorities are appealing an earlier ruling that Assange should not be extradited to the US on health and safety grounds.

Now the US and its allies are to be put on ‘trial’ by a tribunal. They are accused of committing atrocities, for example in Iraq, and of torture at Guantánamo Bay. While the tribunal possesses no legal powers, it’s intention is to set the record straight and demonstrate that Assange is not the criminal here.

The tribunal – referred to as the Belmarsh Tribunal, after the prison where Assange continues to be held – will commence proceedings on 22 October.  There are 20 members of the tribunal, including:

What it’s all about

Via a press release, Tariq Ali explains the tribunal’s origins:

The Tribunal takes inspiration from the Sartre-Russell Tribunal, of which I was also a member. In 1966, Bertrand Russell and Jean-Paul Sartre issued a call for a War Crimes Tribunal to try the United States for crimes against humanity in their conduct of the war in Vietnam. A number of us were sent to North Vietnam to observe and record the attacks on civilians. I spent six weeks under the bombs, an experience that shaped the rest of my life.

“The tribunal convened in Stockholm in 1967. The jury members included Sartre, Simone de Beauvoir, Isaac Deutscher, Vladimir Dedijer, Mahmud Ali Kasuri, and David Dellinger, among others. The aim was not legal but moral: to bring the crimes to the notice of the public.

“In London on 22 October 2021, we will do the same. Assange must be freed and the many crimes of the War on Terror placed centre stage.”

Wikileaks exposed crimes of US empire in Afghanistan, Iraq and beyond. At the Belmarsh Tribunal, we will turn the world the right way up, placing crimes of war, torture, kidnapping and a litany of other gross human rights abuses on trial.

The perpetrators of these crimes walk free, often still prominent public figures in the US, U.K. and elsewhere. They should be held accountable for the lives they destroyed and the futures they stole.

To understand why the imprisonment of Assange is a travesty of justice, it’s important to appreciate some of the many crimes, including war crimes, exposed by WikiLeaks.

As reported on by The Canary, during one of Assange’s extradition hearings Reprieve human rights lawyer Clive Stafford Smith provided details of some of the war crimes committed by the US.

In a March 2019 article, the Canary’s John McEvoy reported that “according to a highly sensitive 2006 UK military report into Iraq, UK and US war planning “ran counter to potential Geneva Convention obligations””. He added how a “US cable from April 2009 [published by WikiLeaks] shows UK business secretary Peter Mandelson “pushing British oil and other corporate interests in Iraq””. A “2009 cable also reveals that the government of former PM Gordon Brown “put measures in place to protect [US] interests” during the Chilcot inquiry into the invasion of Iraq”. Another “US cable also shows how the US and UK governments “rigged the International Criminal Court (ICC) to stop it being able to hold [Tony] Blair and [George W.] Bush accountable for the crime of aggression over Iraq””.

In 2018, journalist Mark Curtis reported that a WikiLeaks published cable revealed that former foreign secretary David Miliband helped “the US to sidestep a ban on cluster bombs and keep the weapons at US bases on UK soil, despite Britain signing the international treaty banning the weapons the previous year”.

In 2016, The Canary reported on several allegations of US war crimes based on testimony given by whistleblower Chelsea Manning.

Another article in The Canary referred to a cable published by WikiLeaks that “suggested that the US had intended to convince Spanish officials to interfere with the National Court’s judicial independence”. This was in connection with an allegation “that the [six US officials] accused conspired with criminal intent to construct a legal framework to permit interrogation techniques and detentions in violation of international law”. The cable shows that the US secretly pressurised the Spanish government to ensure no prosecutions took place.

The Canary also reported on allegations of a cover-up relating to hundreds of UK war crimes in Iraq and Afghanistan. These included UK involvement in the use of torture centres in both countries. One such centre was Camp Nama where it’s alleged:

British soldiers and airmen helped operate a secretive US detention facility in Baghdad that was at the centre of some of the most serious human rights abuses to occur in Iraq after the invasion. Many of the detainees were brought there by snatch squads formed from Special Air Service and Special Boat Service squadrons.

Britain was also implicated in the extraordinary rendition (kidnapping and imprisonment) of detainees.

As for the number of Iraqis killed during the war, The Canary reported on figures far higher than the official estimates.

According to journalist Nafeez Ahmed:

the US-led war from 1991 to 2003 killed 1.9 million Iraqis; then from 2003 onwards around 1 million: totalling just under 3 million Iraqis dead over two decades.

Ahmed added that the overall figures of fatalities from Western interventions in Iraq and Afghanistan since the 1990s – from direct killings and the longer-term impact of war-imposed deprivation – constituted:

around 4 million (2 million in Iraq from 1991-2003, plus 2 million from the ‘war on terror’), and could be as high as 6-8 million people when accounting for higher avoidable death estimates in Afghanistan.

The prosecution of Assange is arguably political. Indeed, journalist John McEvoy points out how mass media has responded to recent news of a plot to kill Assange with “ghoulish indifference”.

UN special rapporteur on torture Nils Melzer has commented how Assange has been “systematically slandered to divert attention from the crimes he exposed”. In other words, the Belmarsh Tribunal will at the very least help remind us that it’s the perpetrators of war crimes who should be prosecuted – not the person who helped reveal those crimes.

As such, Assange should be released forthwith.