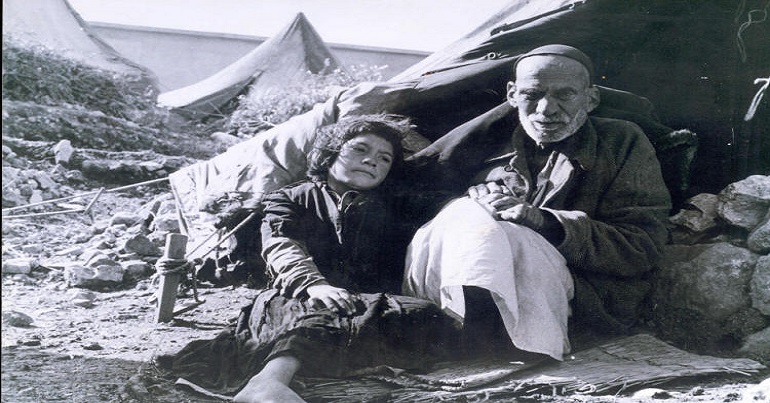 84 Black and minority ethnic and migrant organisations have signed an open letter claiming the International Holocaust Remembrance Alliance (IHRA) guidelines are prohibiting discussion of Palestinian history, and ‘breaching’ the rights of Palestinians, other diaspora and the British public.

The intervention took twitter by storm, trending under the hashtag #PalestineSpeakUp on 17 August.

The letter, published in the Independent, reaffirms the right of black and minority ethnic groups to freedom of expression and warns against the:

suppression of information on the history and lived experience of our communities.

Important statement by 80+ BAME & migrant groups reaffirming the right for communities to speak about and narrate their own experiences of human rights abuses suffered here and abroad, as well as their structural and historical causes. #palestinespeakup https://t.co/o7nyWw2kWl

We are deeply worried about current attempts to silence a public discussion of what happened in Palestine and to the Palestinians in 1948, when the majority of its people were forcibly expelled.

Public discussion of these facts, and a description of these injustices, would be prohibited under the IHRA’s guidelines, and therefore withholds vital knowledge from the public. This silencing has already begun.

Over 80 BAME & Migrant orgs have signed a letter speaking out against the silencing of Palestinian history contained within the full IHRA guidance: https://t.co/zbcFo066dj #PalestineSpeakUp pic.twitter.com/DYu6XHpLLO

The erasure of history

The Labour Party has faced criticism because its code of conduct [pdf, p1] on antisemitism is not identical to the IHRA‘s guidelines. There are some examples that the IHRA guidelines say “may serve as illustrations” of antisemitism which are not adopted wholesale in the Labour Party code [pdf, p2-3]. One is:

The 84 organisations point out that the “racist policies” from European colonialism are taught in British schools, but:

The letter is not only about Palestine. But the choice to largely focus on “the colonial history of the Palestinians” is indicative of the current debate in the corporate press.

The ethnic cleansing of Palestine

In 1948, Zionist forces forcibly displaced – known as ethnic cleansing – at least 750,000 Palestinians from their homes. Over 530 villages were destroyed. Approximately 13,000 Palestinians were killed during this process. Palestinians, who had lived on the land for centuries, call this the Nakba (catastrophe).

The ethnic cleansing began after the UN general assembly passed a resolution calling for the partition of Palestine. According to the Institute for Middle East Understanding, the partition plan:

allocated approximately 55% of the land to the proposed Jewish state, although Zionist Jews owned only about 7% of the private land in Palestine and made up only about 33% of the population, a large percentage of whom were recent immigrants from Europe.

Most of the architects of the ethnic cleansing were only first or second-generation settler colonists to Palestine. The indigenous population were made a minority within the newly created Israeli state. The rest were forced into the West Bank and Gaza or became refugees in the surrounding states.

In July this year, Israel passed a law to formally legislate its apartheid nature, which states:

At least 25% of Israelis are not Jewish, however. And most of these are Palestinian.

Understanding the settler colonialism in Palestine’s history – and Israel’s intensification of apartheid policies – is “vital”. Because, as these groups say, people must know the “full story” in order to have an informed opinion on the current debate about the IHRA working definition of antisemitism and its supporting examples.