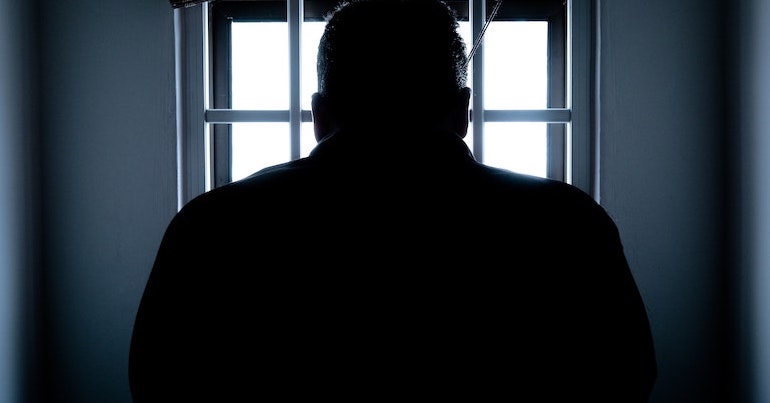 On 24 January, Migrant Voice organised a day of action and demonstration outside parliament against a huge immigration scandal. In 2014, the Home Office revoked tens of thousands of visas when thousands of international students were “wrongly accused” of cheating on an English test. It destroyed lives and highlights the hostile environment in all its horror.

Labour MP Mike Gapes said this affects so many people that it’s “a bigger scandal than Windrush in terms of people removed and lives destroyed”.

“An abuse of power”

In 2014, a BBC Panorama investigation claimed it “uncovered evidence of widespread cheating” among students taking the Test of English for International Communication (TOEIC). ETS, a US company ran these [pdf, p5] language tests on behalf of the Home Office. As Labour MP Stephen Timms told The Canary, when ETS claimed: “almost everyone who’d ever taken the test cheated… the Home Office should have questioned it immediately”.

This scandal started when Theresa May was still home secretary. As a result, Migrant Voice told The Canary that 30,000 foreign students had visas refused or revoked. It says they were told to leave the country and thousands were forcefully deported. As Labour’s Wes Streeting said:

What we have seen in the TOEIC scandal is a Home Office response so appalling that it was described by one immigration tribunal judge as ‘so unfair and unreasonable as to amount to an abuse of power’.

Timms has met many of the affected students and said, “I am as sure as I can be that they did not cheat”. He also said that most students were told to leave the UK to appeal.

Migrant Voice says the scandal has affected thousands of innocent people who had no right of appeal and no way to defend themselves. It also says that in cases that have made it to the courts, evidence the Home Office relied on to make the accusations is “largely absent” and “where it does exist, it’s deeply flawed”.

Many of the students who stayed in the UK to try and clear their names are destitute. They can’t travel, so most have missed important family events. Many suffer severe mental health problems. Migrant Voice claims some have contemplated or attempted suicide.

Migrant Voice says that although the UK relies on:

a justice system based on due process and the principle of ‘innocent until proven guilty’. In this case, that was wilfully thrown out of the window.

Some of these students spoke to The Canary.

One student – who asked to remain anonymous – came to study Law in 2010. In 2013, to renew his visa, he had to take the ETS test. The Home Office asked him to take it again, which he did. But he heard nothing back for over a year. He describes what happened next as “the worst part of my life”. In 2015, he was removed from his course and “forced to sign in daily”. “There,” he said, “you’re treated like a criminal”. He says he faced constant pressure to return to India rather than appeal to prove his innocence.

In November 2016, signing stopped “suddenly”. He says he was given a ticket and told to leave the UK immediately, without a chance to pack his belongings. Although the immigration officer confirmed there was no issue with his English fluency, he says the deportation order stood. After panic attacks at the airport and a short hospital visit, he was placed in detention for two months. Since then, he’s been fighting to prove his innocence, but it’s had a huge impact. He said he’s lost “all self-respect. I’ve lost everything, my degree, my job, my dignity. You’re good for nothing”. At times he’s questioned, “am I even good to live”.

He’s determined to clear his name before returning home because he doesn’t want to bring shame on his family:

I always saw myself standing in court fighting for someone else. But at the moment I’m standing on the other side, yet I’m not a criminal. Everthing I studied in law – that you’re innocent until proven guilty – that’s not applicable to us. We’re told we’re guilty without proving it.

Mohammad Mohibullah came to the UK from Bangladesh in 2009 to study Business Management. His is one of the few cases to go through the appeals system. He won a judicial review against the Home Office, which seemed like a victory at the time. But he says he was only given 60 days to find a new sponsor. So despite winning his case, he’s still living from short-term visa to short-term visa.

He told The Canary that the Home Office informed his university he could no longer study, despite winning his judicial review. He also said:

It’s not only about me, it’s about other people going through this situation. What about the students who didn’t have the chance to go to court? I’m really concerned what will happen to them? We are trying our best to prove ourselves innocent… I didn’t cheat, but I can’t study, I can’t work. I’m in limbo, I’m not leading a normal life.

“The injustice is grave, the numbers are huge.”

In 2016, a Home Affairs Select Committee criticised the Home Office’s actions. Migrant Voice said that ETS didn’t provide any evidence to the committee, including voice recording files that form the basis of the allegations. The committee’s report states:

The Home Office appears to have accepted at face value, and continues to accept, claims of widespread fraud from ETS – a company that was part of the problem, had already been discredited and is subject to criminal investigation. This is deeply troubling, particularly given that an expert witness has raised serious questions over the reliability and accuracy of ETS’s analysis and first did so well over a year ago. Despite this, arrests and removals have continued.

In July 2018, Migrant Voice published a report that raises serious questions about Home Office conduct. The report also triggered a Westminster Hall debate in September 2018, where MPs questioned immigration minister Caroline Nokes about the debacle. Nokes defended the government’s decision. Wes Streeting said it was “Britain’s forgotten immigration scandal”. Many MPs have called for an independent inquiry. Gapes also said: “The injustice is grave, the numbers are huge”.

Timms said he’s been pressing the Sajid Javid, the home secretary, to take action. He said Javid assures him he’s looking in to it. But Timms feels that the situation:

is certainly another aspect of the hostile environment policy… here we have an enormous number of people who’ve had their visas cancelled or queried. Many of whom have been stuck in limbo ever since. Living in… destitution… while they wait for some sort of just outcome… It is urgent… if there’s not some just outcome soon, it will be too late.

For many, there are long-lasting mental health problems and certainly, what should have been bright promising careers have been destroyed.

This day of action is vital to demand justice for thousands of innocent people. But it also highlights another layer of the despicable ‘hostile environment’ that the Conservative Party continues to enforce. It’s destroyed too many lives. For these international students, for every member of the Windrush generation, refugees, asylum seekers and every person this government treats with such cruelty, we need a ‘gentle environment’. And people won’t rest until it’s here.