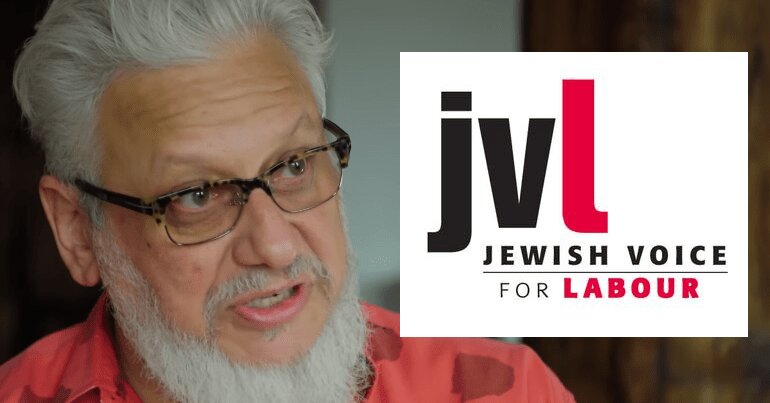 Momentum founder Jon Lansman is facing criticism after he claimed a group of left-wing Jews are ‘not part of’ the Jewish community.

Jewish Voice for Labour (JVL) is made up of Jewish Labour members, and the organisation is active in around “half of all local constituency [Labour] parties”.

Still, in an email to JVL, Lansman claimed that the organisation is not “part of the Jewish community”, saying:

In the email, Lansman (who is Jewish) also blamed JVL for some of the impact the so-called ‘crisis’ of antisemitism allegations in Labour has had on the party. And he alleged that “JVL’s existence has been partly responsible” for some Jewish people leaving Labour in the context of these allegations. That’s despite academics at the Media Reform Coalition concluding that corporate media coverage of Labour and antisemitism has been a “disinformation paradigm”.

In a comment The Canary has seen, JVL co-chair Jenny Manson responded by saying:

There is increasing concern among our members and supporters about the very negative remarks you make about Jewish Voice for Labour. Many Jewish Labour Party members, working hard for the election of a Labour government, have felt undermined by your comments.

Instead of criticising the corporate media and right-wing politicians for weaponising antisemitism allegations against the Labour leadership, Lansman appears to be blaming left-wing Jews for calling out false allegations.

But in response, JVL co-chairs Manson and Leah Levane wrote:

In those parts of the Jewish community which support Jeremy’s values, there is concern about the extraordinary and unfounded allegations made that grossly exaggerate the degree of antisemitism within Labour. It is irresponsible to promote unjustifiable fears, scaring Jewish people that they face an existential threat from a Labour government. These allegations, so often unquestioned, are damaging the party’s standing in our community and also in wider society.

Antisemitism clearly still exists in Britain and within its political parties, including Labour, but it is demonstrably more prevalent on the right of the spectrum. Wherever antisemitism exists it needs to be combatted. False allegations of antisemitism however do not help Jewish people.

Indeed, it seems that the media storm over Labour and antisemitism is largely a smear campaign when you compare the coverage to the facts. Because while any antisemitism in Labour is most certainly a problem, cases of anti-Jewish prejudice in Labour reportedly relate to 0.1% of the party’s 540,000-strong membership. And since Corbyn became leader, the number of Labour voters agreeing with antisemitic statements has actually fallen significantly.

The Canary contacted both Lansman and Momentum for comment, but had received no response by the time of publication.

Who is really in denial?

Neither JVL nor its supporters are denying that some antisemitism exists in Labour. The people in denial seem to be those like Lansman who refuse to properly acknowledge the weaponisation of antisemitism allegations against Corbyn’s leadership. In fact, this apparent cowardice from some on the Labour left has allowed the political attacks to gain their current traction. So we should commend JVL for standing against dangerous smears that are obscuring the fight against real antisemitism and damaging the only real alternative to Conservative austerity. Suggesting JVL members are the ‘wrong sort of Jews’ for taking a stand, meanwhile, is frankly a disgrace.