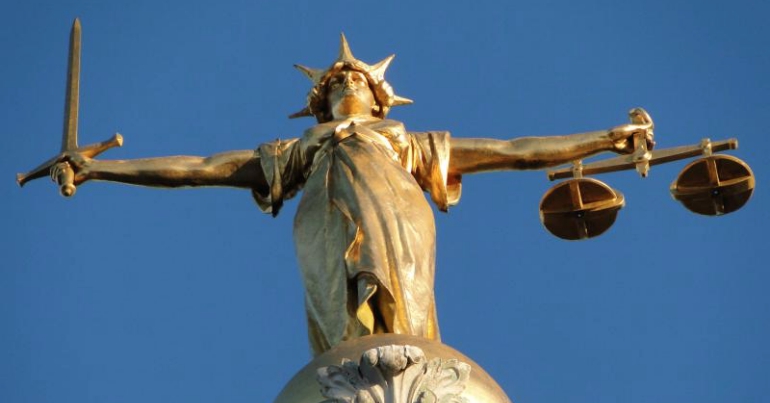 A search of WikiLeaks suggests one of the judges overseeing Julian Assange‘s pre-extradition hearings may be compromised via family and business links to the UK intelligence and defence establishment. An earlier article in The Canary highlighted some of those links.

Now Nils Melzer, the UN Special Rapporteur on Torture and Other Cruel, Inhuman or Degrading Treatment or Punishment, has also raised this “conflict of interest” issue:

In UK courts #Assange is insulted a ‘narcissist‘; jailed for seeking asylum; facing US extradition for journalism; prosecuted by CPS known to have instigated his persecution; under a judge with known conflict of interest; under a Govt having prejudged him. https://t.co/x6b4cT6Hga

It now seems that further evidence from WikiLeaks may add to these concerns. Although the judge – Lady Emma Arbuthnot – acts independently, there are family links, past and present, to people and organisations diametrically opposed to the publishing work of WikiLeaks. For example, some files show family business and intelligence connections with a secret meeting with Israeli intelligence (Mossad); a meeting about the UK’s nuclear deterrent; and UK defence spending for the Afghan conflict.

The Canary reported that Baron James Arbuthnot, the husband of the judge – Lady Emma Arbuthnot – is a member of the advisory board of the prestigious Royal United Services Institute for Defence and Security Studies (RUSI).

He’s also chair of the advisory board of the UK division of multinational defence and security systems manufacturer, Thales.

Prior to his elevation to the House of Lords in October 2015, Arbuthnot was a Tory MP for 28 years. He was also chair of the Defence Select Committee between 2005 and 2014.

Lord Arbuthnot is listed as a senior consultant to SC Strategy. Until 2017, he was also a director. His co-directors were Lord Alex Carlile and former MI6 head Sir John Scarlett, both of whom remain active in the company.

In October 2013, Carlile argued that the publication of whistleblower Edward Snowden‘s revelations about mass surveillance “amounted to a criminal act”. Carlile also oversaw UK anti-terrorism laws and supported the introduction of the ‘Snoopers’ Charter’.

Scarlett was on a panel of experts that oversaw a report, arguing that the security and intelligence agencies should retain powers to “collect bulk communications data”, as warned of by Edward Snowden. And as chair of the government’s Joint Intelligence Committee (JIC), he was responsible for the compilation of the ‘dodgy dossier’ on Saddam Hussein’s WMD (Weapons of Mass Destruction). This dossier provided an excuse for the US and its allies to invade Iraq.

WikiLeaks’ work has included exposing war crimes committed during the Iraq War. It also provided assistance to Snowden when trying to escape US authorities.

But a detailed search of the WikiLeaks databases also reveals numerous files relating to Thales, RUSI, Scarlett, Carlile and to Lord Arbuthnot himself:

A WikiLeaks search on James Arbuthnot reveals 62 files (mostly covering the Afghan conflict). One file that mentions him is a US secret cable on a meeting of “experts”, chaired by Arbuthnot, on the renewal of the UK strategic nuclear deterrent.

Lady Arbuthnot is presiding over the initial extradition proceedings of Assange. These included an application by Assange to cancel his arrest warrant in February 2018. That application was denied and she followed up with a detailed explanation of her decision.

The Canary contacted Lady Arbuthnot and Lord Arbuthnot for comment. At the time of publication, there was no response.

In April 2019, Liam Walker, a lawyer working with Assange’s legal team, raised the matter of Lady Arbuthnot’s apparent conflict of interest in a court hearing presided by Judge Michael Snow. Referring to an earlier hearing, presided over by Lady Arbuthnot, Walker told the judge his client had been:

subjected to a tribunal that was clearly conflicted in its ability to judge Mr Assange impartially.

In an extensive interview with US journalist Chris Hedges, Melzer referred to that conflict of interest and to a “file” lodged with the court that provided the details:

But despite Walker’s objection to the court, Lady Arbuthnot continued to rule on Assange matters.

As The Canary also emphasised, hundreds of citizens face similar class bias via the justice system every single day. Likewise, thanks to cut-backs, the prison conditions they experience, including lack of legal aid and poor access to lawyers and documents, are the norm.

Arguably, no legal case should be allowed to continue where the potential for bias by the overseeing judge or magistrate has been identified. And in this particular case, the evidence of a conflict of interest seems to be mounting.