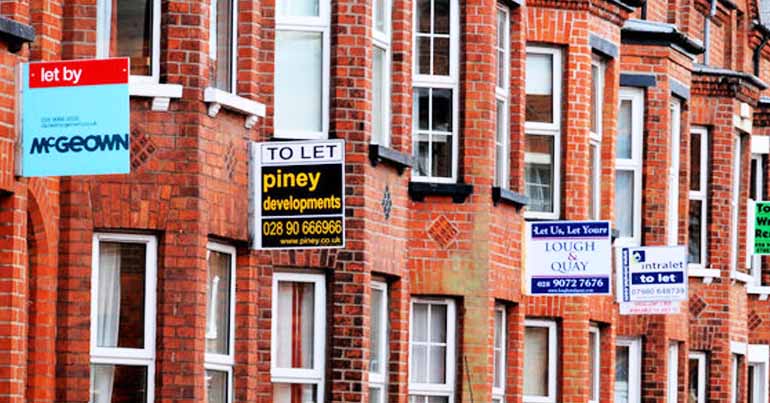 New data analysis has revealed the scale of housing problems for people already on benefits. The Guardian said the local housing allowance (LHA) no longer covers the lowest rents available across much of the country. As a result, rates of homelessness are “skyrocketing”.

Councils use the LHA to set how much housing benefit or Universal Credit people get if renting from a private landlord. Yet London Councils, which represents borough councils and the City of London, said on 8 July, that “only between 0 and 15 per cent of private sector rents across the capital are covered by LHA rates”. In some areas, such as Outer South West London, LHA doesn’t cover any available housing at all. It went on to say that those claiming the allowance – and who are able to rent -face an average weekly shortfall of £50.71. People are making up this difference by “cutting back on essential spending such as food or utilities”.

The figures reveal the impact of benefit freezes passed in 2016. The Welfare Reform and Work Act made sweeping changes to benefits, including freezing the amount people could claim for four years. But the cost of renting privately has continued to rise since it came into effect.

The Office for National Statistics said rates between January 2015 and September 2018 rose 6.6% across the UK. The introduction of Universal Credit has caused even more issues because the LHA element is included in one monthly payment. From a damning National Audit Office report to its links with increased food-bank use and rent arrears, the benefit creates further difficulty for millions of people.

The Guardian showed this nationwide rise affected tenants outside of London as well. It said there were no rooms available below the LHA rate throughout southern Greater Manchester. The issue was just as bad elsewhere:

In fact, Shelter campaign director Greg Beales told the Guardian that there’s “a gap between LHA and the bottom third of rents in 97% of areas across the country”.

Predicted from the outset

This outcome was wholly predictable. Research from Shelter was highlighted by the Guardian in September 2015. The paper said at the time that:

Shelter fears that with average earnings unlikely to keep track of rent increases in many areas, households unable to cover significant shortfalls in housing support will be forced to either move to a cheaper authority, share homes with other families, or downshift into accommodation too small for their needs.

And the research highlighted areas such as Cambridge, Manchester, Bristol and Luton would be particularly affected. However, the outcome has been much worse than predicted. The 2015 Guardian article didn’t once mention homelessness. But the most recent analysis was clear about the link between homelessness and benefit freezes. Muhammed Butt, London Councils’ executive member for welfare, empowerment and inclusion said:

Keeping LHA frozen during a period of fast-rising rents has made private renting in the capital increasingly unaffordable. The resulting pressures on household finances are immense and a crucial factor in the increase in homelessness, with the number of homeless households in London 50 per cent higher at the end of 2017/18 compared to 2010/11.

… and rekindle their pride in their communities, as their neighbours also begin to thrive.

Instead, the policies he and his party introduced since 2010 have destroyed many people’s lives. In one of the world’s richest countries, in the 21st Century, families are having to choose between food and shelter just to survive. People live in a constant state of precarity.

Shelter predicted exactly what would happen. It’s therefore unimaginable that the Tories didn’t see the effect of capping LHA coming.