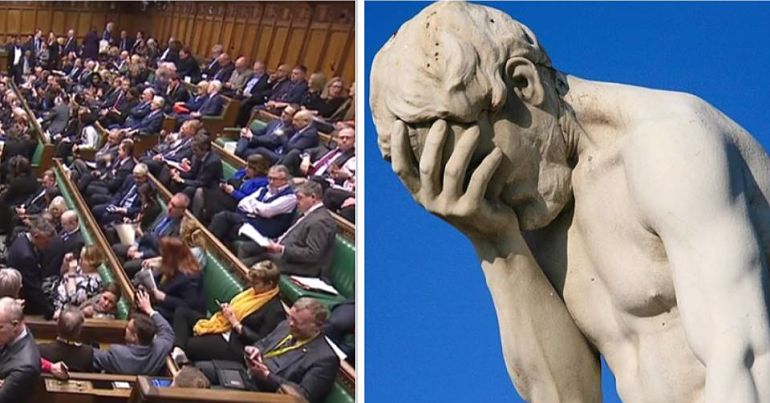 But others believe that UK democracy is finally revealing its true self.

The UK’s parliamentary system is used as a model by several nations around the world. A number of these, ironically enough, are former colonies of the UK.

And one of those former colonies, New Zealand (which still has “the Queen as Sovereign”), is having a laugh at the UK’s expense.

Some New Zealanders are wondering whether it’s time to get rid of the monarchy as head of state and become a republic. Newspaper columnist Dave Armstrong said, with a great deal of satire:

NZ becoming a republic would be a dangerous move as it would sever our ties with the UK – a stable parliamentary democracy where coups, dictatorships and tyranny by the minority simply doesn't occur. Discuss.

Nicholas Sengoba, a columnist in Uganda, said Johnson’s actions show Britain can also abuse power. He went on to say:

And according to Sengoba, the current Brexit stalemate and lack of leadership has made the UK “look extremely bad”.

University of Otago professor Robert Patman, meanwhile, believes other countries are suspicious that Britain is behaving like a “banana republic”, because of Johnson’s behaviour. He said:

At the moment there’s a very dangerous situation in the U.K.

At the same time, Toronto newspaper the Globe and Mail said in an editorial:

But in the furore around Johnson’s decision to prorogue parliament, some are conscious of the UK’s record on so-called ‘democracy‘. As The Canary has reported, the UK’s record in the north of Ireland demonstrates that, whatever democracy existed there, it worked against the Irish republican and Catholic communities. Additionally, large parts of the globe colonised by the UK suffered as a result of its war crimes.

So Johnson’s prorogation, while a disgusting attack on democracy, is mild by comparison to some acts his predecessors approved. Nonetheless, we need to face it down and face down the likes of Johnson, who feel they can ride roughshod over British people and people all over the world. There’s never been a better time to stand up to this.