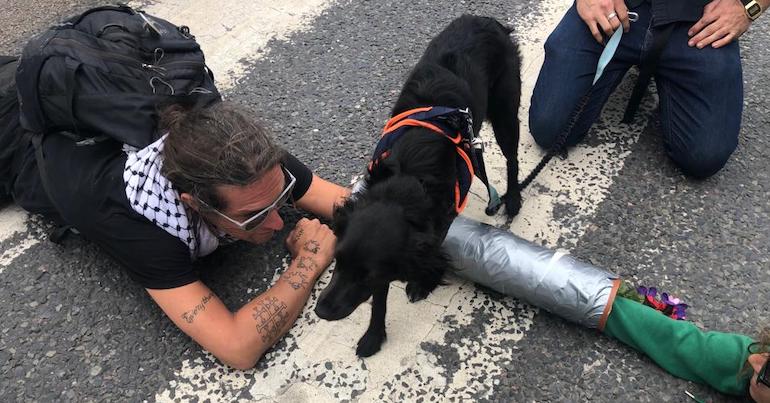 A week of action is underway to stop the “world’s largest arms fair”. The Defence and Security Equipment International (DSEI) arms fair returns to London between 10 and 13 September.

As The Canary reported, 2 September is Stop Arming Israel day. So activists gathered to draw attention to Israel’s “brutal military occupation of Palestine”.

Protesters managed to ‘lock on‘ to stop the first lorry from entering DSEI.

At around 3.30pm, two protesters locked on in the road at the east gate at the ExCeL centre, which hosts DSEI. 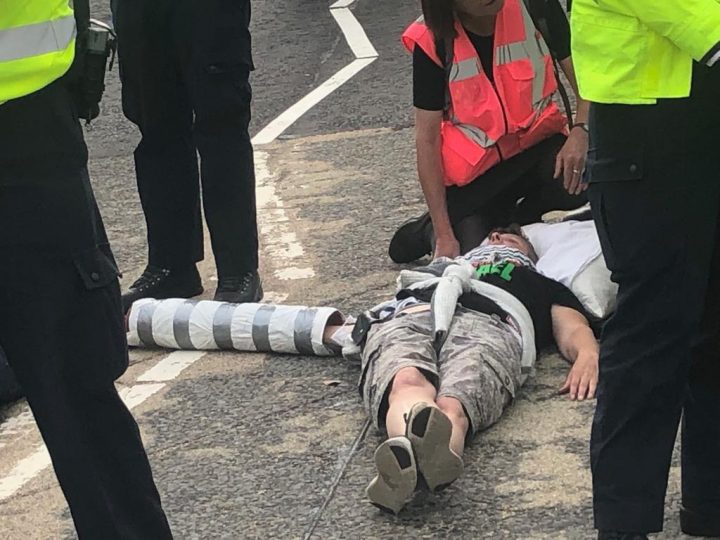 A lorry thought to be carrying arms or military equipment was forced to turn back. 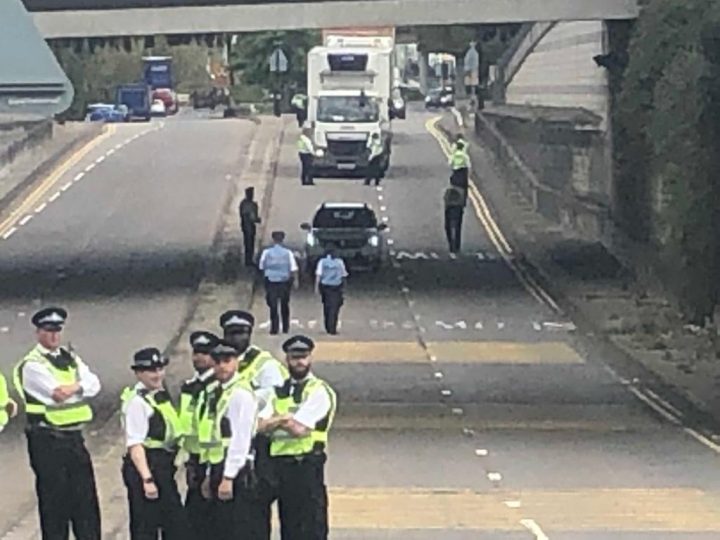 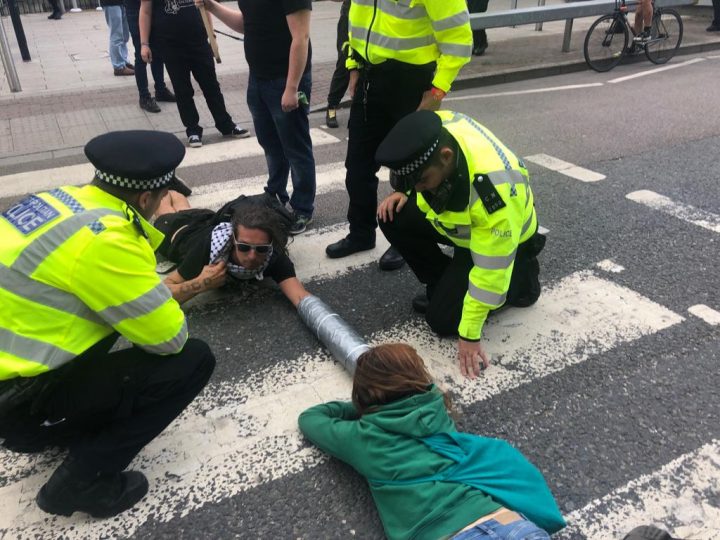 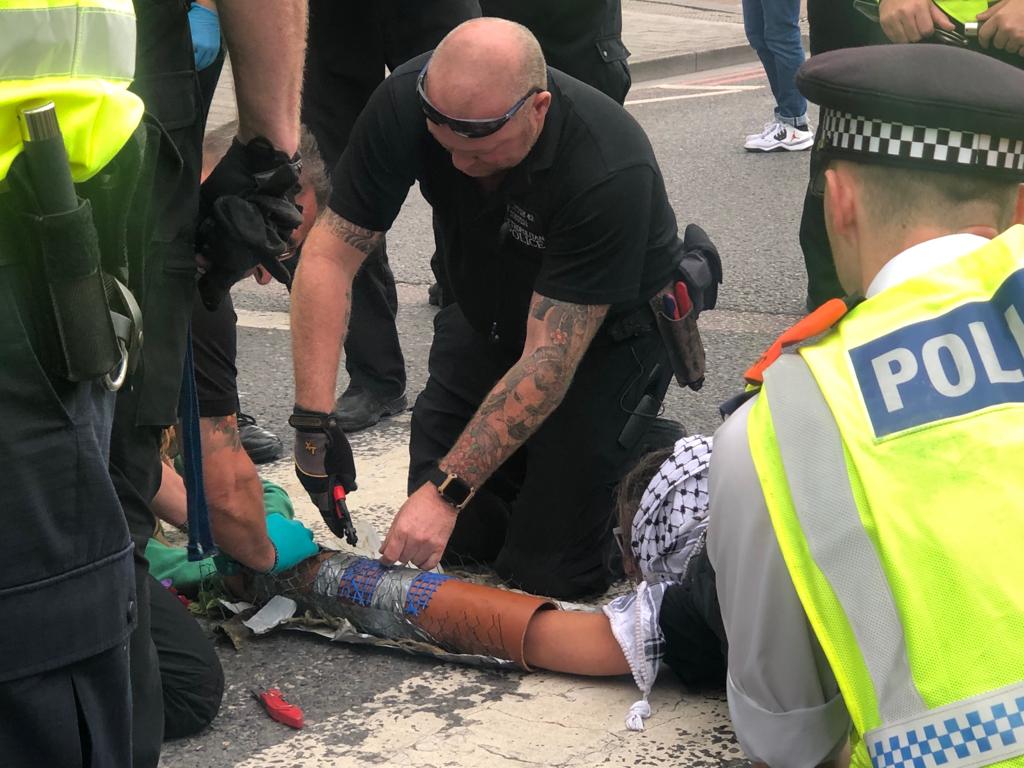 “Police are complicit in the arms trade”

Large numbers of police are present. As other demonstrators sat on the road in solidarity with those locked on, police moved in immediately to remove them. The Canary also witnessed some attempts to limit legal observer access.

As protesters gathered to support those occupying the road, a demonstrator used a megaphone to declare:

Police are complicit in the arms trade.

There were four arrests during the protests. 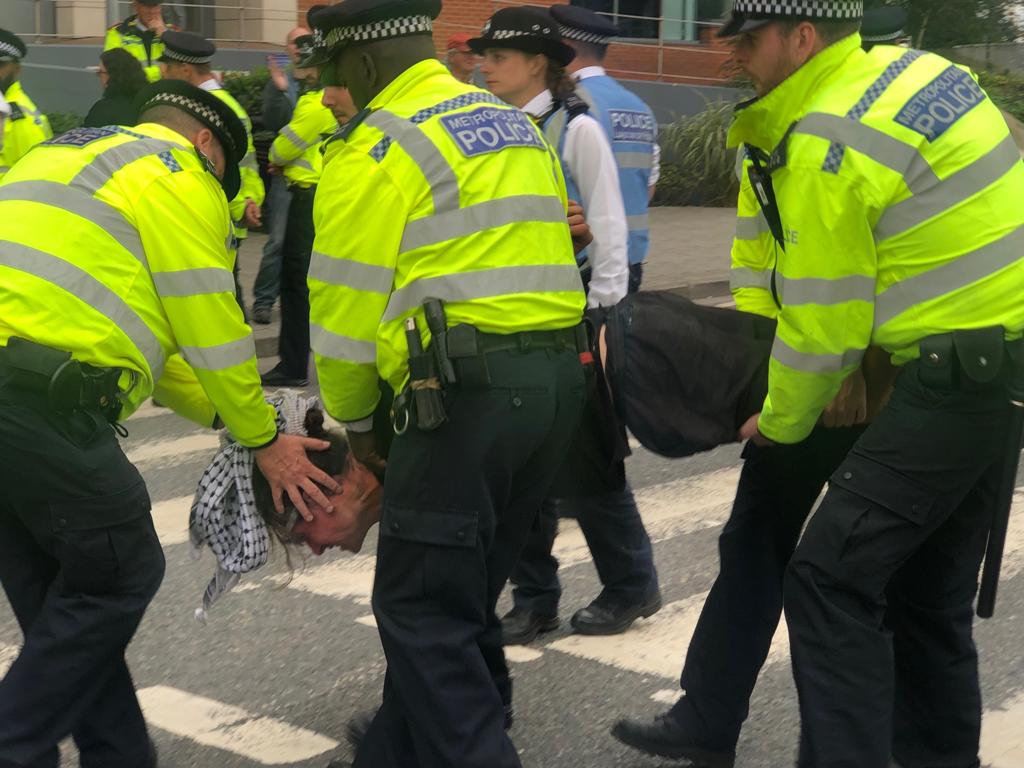 Featured image and all other images via Emily Apple