The government is bending over backwards to help high earners - Canary 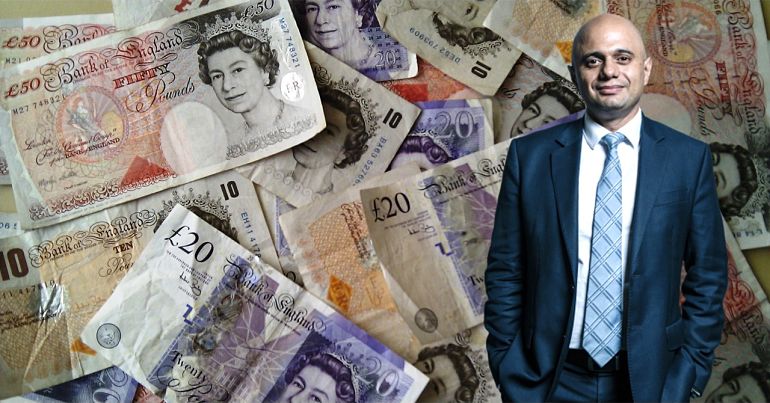 The government is reportedly considering a tax cut for people earning over £110,000. The move could cost the treasury hundreds of millions of pounds.

The plans, the Times reports, will tackle a staffing problem in the NHS. Apparently, top consultants are turning down extra shifts in order to keep their incomes below the £110,000 threshold. Going over can land them with a higher tax bill related to pension contributions. This is the result of changes that have recently come into force, and it could cost some people tens of thousands of pounds.

According to the Times, Treasury officials are considering raising the current pension threshold from £110,000 to £150,000. This could free-up 90% of consultants to agree to extra shifts and help cut NHS waiting lists.

The tax break would apply to all workers, not just those in the health sector. A Treasury spokesperson told the PA news agency: “We do not comment on speculation about tax changes”. If the Treasury does decide to introduce new measures in a bid to solve the problem, an announcement is expected from chancellor Sajid Javid at the Budget in March.

The potential cliff edges caused by tax relief thresholds are a regular problem. Moving into a higher bracket can see people working more to earn less. A pay rise can instantly turn into a pay cut. It’s right and proper that any government seeks to smooth out these bumps in the system.

But this case looks like the government being quick to help out the already comfortably off. It only relates to people among the top few percent of earners. And it contrasts starkly with the recent example of workers at snack chain Greggs.

As Steve Topple reported in The Canary, Greggs rewarded many of its staff for a bumper year with bonuses of up to £300. Yet this windfall could evaporate under the “chaotic, counterproductive mess” that is the Universal Credit system. The way Universal Credit works makes it very sensitive to fluctuations in income. This could be due to a pay rise or a bonus. It can also be simply that a person’s pay day changes, perhaps due to a weekend. Despite the stated aim that Universal Credit will make people “better off in work”, it can act as a barrier to taking extra hours.

Despite all its talk of ‘levelling up’ the country, Boris Johnson’s government has so far shown no interest in scrapping, or even attempting to fix, Universal Credit. It’s extremely telling that its priorities seem to be bailing out airlines and making life more comfortable for the highest earning doctors.