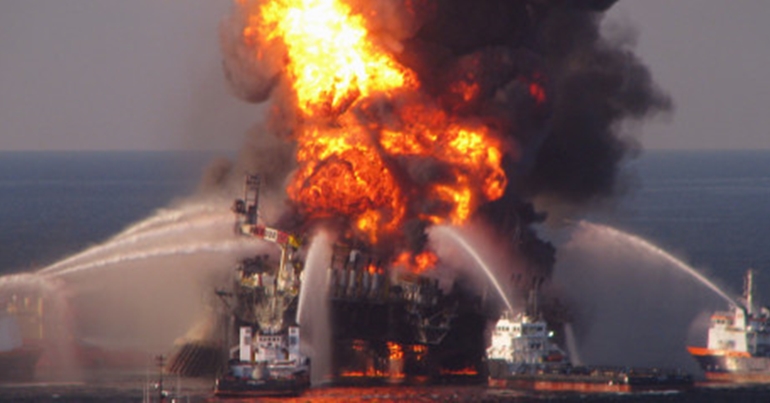 While there are loud and clear calls to deal with the climate emergency, governments and other bodies around the world appear to be sitting on their hands. This is happening despite several climate emergency declarations across 1,396 jurisdictions worldwide. In fact, some government practice seems to contradict their declarations.

So if governments refuse to act, maybe it’s up to ordinary citizens and non-governmental organisations to take the lead. Corporate Watch (CW) is one such organisation. It’s a not-for-profit co-operative that has produced a simple, yet ingenious, interactive “Wreckers of the Earth” map. This adds to the work already undertaken by groups such as the London Mining Network. And it gives hope that the planet can be saved for the current and future generations.

CW’s map highlights the locations of 130 companies in London it claims are “some of the main planet-killers” in the “world’s second largest financial centre”.

The not-for-profit, which provides information on the environmental impacts of corporations and capitalism, produced this map:

to identify some of the main planet-killers; and to show how they work together as an overarching system of power and profit.

On its website, CW claims “London is one of the main worldwide hubs of ecocidal capitalism”. Because it is “home to oil and gas giants… as well as many of the world’s most devastating mining corporations.” But:

Perhaps even more significant is London’s role as a global centre for the banks, investors and traders who fund the planet-killers and launder the profits. As well as the insurers, law firms, arms dealers, security companies, PR agencies, lobbyists, and others who provide critical support.

CW identify the three main categories of “wreckers of the earth” as:

In addition to a downloadable and interactive on-line map, CW provides a directory of information on each of the 130 companies listed. However, it notes this list isn’t complete and it “prioritised those with the biggest global scale, plus others we think are worth highlighting in certain areas”.

Damage and havoc wrecked by the organisations on map

CW claims the “primary planet-killers” it lists in its directory “provide the fuel that is burning the planet”. Companies such as “BP, Shell, ExxonMobil, Chevron, Conoco Philips, Total, and Eni”. CW say they:

These ecological disasters are facilitated by “secondary planet-killers” like banks that channel “the money that companies need to develop new projects”. The research revealed “the world’s top 33 private sector banks have pumped $1.9 trillion into financing fossil fuels since 2016.”

Finally, it believes the “ideology industry”, which includes universities and the media, also plays a part. For example, oil giant Exxon Mobil made donations to universities. The justification was that this would help “develop personal relationships with some of the key experts on this issue [global warming]” and enable it to “participate in the debate on these [climate] regulations”. But it could be seen as an attempt by the company to influence the debate in their favour.

Not only is this influence in education wrong it’s also very worrying given school pupils feel unprepared and let down by their education on the climate crisis.

But it’s not just in education. The oil industry has also used the mainstream media to further its “propaganda through branded content”.

Put simply, governments need to honour their declarations. Promises made on the world stage need to be whole-hearted because compromise to allow for objections from wealthy nations is not an option. As folksinger and storyteller Utah Phillips said:

The earth is not dying, it is being killed, and those who are killing it have names and addresses.

Time is running out. But in the absence of international government action, the research and maps provided by CW allow everybody to play their part in the campaign to save the planet.