Centrists want us to forget 2017. But we mustn't let them. - Canary 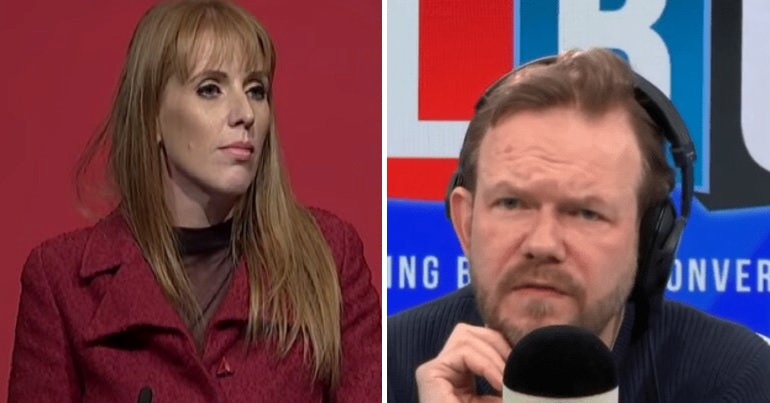 In 2017, Jeremy Corbyn oversaw an energetic election campaign that almost put Labour in power. The party was moving in the right direction. Two years of smears and sabotage later, however, and the 2019 election was a different story. And because centrists think the disastrous 2019 result favours their narrative, they’d love us to just forget about 2017. But we mustn’t let that happen. Because 2017 is something progressives should take as inspiration going forwards.

Under Corbyn, Labour membership grew to over 500,000 – the biggest number since the 1970s. The party’s 2017 election campaign, meanwhile, was largely successful despite massive establishment opposition, with Labour increasing its vote share more than under any other leader since 1945.

People dismiss the 2017 GE as though it didn’t happen; because it contradicts the anti-Corbyn narrative.

We were on the right path: JC increased Labour’s vote share by more than any other leader since 1945 & was just 2,227 votes away from the chance to be PM.

We could have won.

Ignoring what happened between 2017 and 2019, however, Corbyn’s opponents on the centre and right have recently sought to blame him almost entirely for the 2019 election result. And this line of attack will likely continue, because they think it hurts the progressive cause.

Last week, for example, Corbyn held Boris Johnson to account for his absence while people suffered from serious flooding. But some critics sought to score cheap political points:

At Chevening, enjoying all the unaccountability & impunity you handed him, gift-wrapped & tariff-free, about two months ago. https://t.co/uniIFNX1vv

In Downing Street – where you put him … https://t.co/SPQqSxvQyP

Running the government you enabled him to form https://t.co/s2Q2WkfdPu

They failed to mention, of course, the brutal propaganda offensive from the establishment media that spent years trying to undermine Corbyn, consistently ridiculing his sensible, moderate policies and painting the peace–prize winner as an existential threat to the country. They also failed to mention how Labour centrists like Keir Starmer pushed Corbyn into a second-referendum policy which, according to some, played a massive role in Labour’s terrible 2019 result.

Now, some media commentators have the nerve to suggest that ‘it’s finally time to criticise Corbyn’ – as if years of constant attacks simply hadn’t happened:

Go and fuck yourself you pious fucking coward. pic.twitter.com/e5v9EzlzII

It seems Labour deputy leadership hopeful Angela Rayner would look to take Labour back towards centrism. She recently claimed that Corbyn “didn’t command respect” within the party, for example. And she said “I resonate with people in the country in a way that Jeremy doesn’t”. This would seem to clash with the party’s membership numbers under Corbyn, along with the 2017 election result.

Rayner’s campaign strategy appears to be:

“what would the lovechild of Jess Phillips and Tom Watson do?”https://t.co/asWg0MVqbX

Progressive deputy leadership favourite Richard Burgon responded to Rayner and others by pointing out the difference between respect from parliamentary party elites and ordinary people in the party and across the country:

Jeremy has my respect – and always will.

Jeremy has the respect of all those members who voted for him twice as leader.

Jeremy would likely have become PM in 2017 if it weren’t for the outrageous behaviour of the PLP trying to oust him the year before. https://t.co/nS2PWH0hp7

I remember when Labour MPs tried to oust Jeremy, it was Labour members who resisted.

That evening in June 2016 will stay with me forever.

It’s one of the reasons I will always support giving more power to Labour Party members. #richardfordeputy pic.twitter.com/xMW2WCyipM

Tony Blair was again attacking Labour members the other day.

As Deputy Leader, I'll always defend members. Other candidates can say they will. But the test is whether they'll devolve more power to you.

I will. That's why I'm the only candidate who backs Open Selection. pic.twitter.com/CY3MR1hL9w

This comes as some supporters of establishment favourite for leader Keir Starmer have seemingly referred to party left-wingers as “Stalinists”. Starmer never favoured Corbyn as Labour leader, and resigned during the failed parliamentary coup attempt of 2016. Fellow leadership hopeful Lisa Nandy didn’t favour Corbyn either, and also left the shadow cabinet in 2016. And she even became co-chair of Owen Smith’s dire leadership campaign (which openly called for a second referendum on Brexit).

Utter balls. Corbyn benefited from an anti-Brexit vote in 2017 and we all knew he would lose in 2019. He should have gone but was propped up by idiots and hangers on like Richard. Let's move on. https://t.co/oPOjFZAWAF

The real “utter balls”, however, is Coyle’s comment. Because in 2017, Labour sought to honour the Brexit referendum result (rather than having a second referendum). So to suggest Corbyn received the “anti-Brexit vote” in that election is absurd.

Britain’s electoral system is terrible and undemocratic; and Labour has for too long failed to forge an alliance of non-Tories in favour of electoral reform – which could see a ‘progressive majority’ in Britain. Only now do Labour members seem to be waking up to this. But parties entered the 2019 election under the current electoral system. And this favoured the Tories, leaving their opponents on the back foot.

As University of East London professor Jeremy Gilbert has written, many centrists preferred not to back Corbyn’s Labour – allowing the united right a landslide victory. Centrist politicians lost in 2019. But many centrist voters “could not be persuaded to accept a compromise on Brexit in order to prevent a Johnson landslide”. The constant media propaganda against Corbyn and his party didn’t help, either. In the end, opposing the hard-right Tory agenda simply wasn’t important enough to the extreme centre.

Labour’s economic policies were very popular across Britain. But in an election where Brexit dominated, Labour’s compromise policy was a mistake. And a mixture of our putrid electoral system and elitist media establishment sealed the deal.

We mustn’t let centrists fool us about what 2019 represented. And we certainly shouldn’t forget 2017. Because that represented what can happen when there’s clear progressive leadership – backed by ordinary people – that trusts its instincts and doesn’t let extreme-centrist sabotage win.