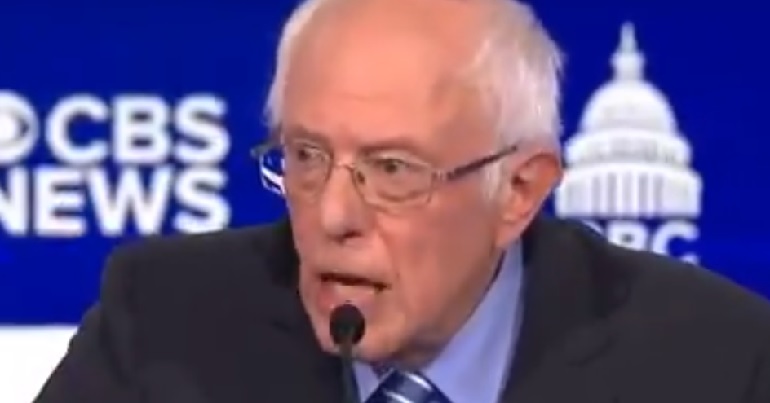 US presidential hopeful Bernie Sanders has just proposed what for some will be his best idea yet, live on a TV debate.

The US president has a key role in determining foreign policy. And Sanders is a longstanding critic of his country’s record of terrorising other countries so they don’t challenge the interests of US elites. As a result, he proposes a big break from the past, starting with honesty about this dark record:

"Occasionally it might be good idea to be honest about American foreign policy, and that includes the fact that America has overthrown governments all over the world in Chile and Guatemala in Iran." @BernieSanders #DemDebate pic.twitter.com/EJR8kGUfXg

His opponents have recently sought to attack him over past comments about countries the US sought to crush. But as award-winning journalist Jeremy Scahill stressed, Sanders can easily turn this assault to his favour:

The attacks on Sanders on Cuba, Nicaragua, Latin America, etc. are meant to distract & they’re pathetic attacks. But if that’s the debate they insist on having, then let’s have a real, honest debate on the murderous US policies that Sanders was opposing.

This cherry picking, ahistorical, red-baiting attack on Sanders we are seeing from Bloomberg, Buttigieg, Biden, Never Trumpers and certain Democratic elites and media figures is propaganda. It is rooted in lies and is banking on ignorance of history.

Bernie Sanders came of age in an era where the CIA was being revealed as a criminal enterprise, overthrowing governments, backing death squads, actively spying on Americans, assassinating people. And he had the courage in real time to oppose it when it mattered.

Bernie Sanders killing it on foreign policy. What an answer.

"Occasionally it might be a good idea to be honest about American foreign policy," says Sanders, before going on to mention the coups and regime change wars carried out by the US around the world. #DemDebate

Bernie Sanders called the prime minister of Israel a "racist" on the Democratic presidential debate stage.

The best and strongest argument for a Bernie Sanders presidency is the historic and progressive change in *foreign policy* that he'd bring about. #DemDebate

"America has overthrown governments all over the world."

Was there a glitch in the system? Or did we just hear a presidential candidate condemn US-backed coups?#DemDebate2020 #DemDebates

Oil-rich Iran is one country that has faced brutal US interference for many decades. As The Canary detailed previously, the US has consistently terrorised the nation, starting in earnest with a coup in 1953. The US government has also:

The current Democratic Party frontrunner to take on Donald Trump in the presidential election later this year, Sanders has numerous progressive policies. But his honesty about the US record of global terror is massive. And it could mark a highly significant shift in US foreign policy. It would also be the first step to honouring all the people who have died and suffered from US terror over the years.