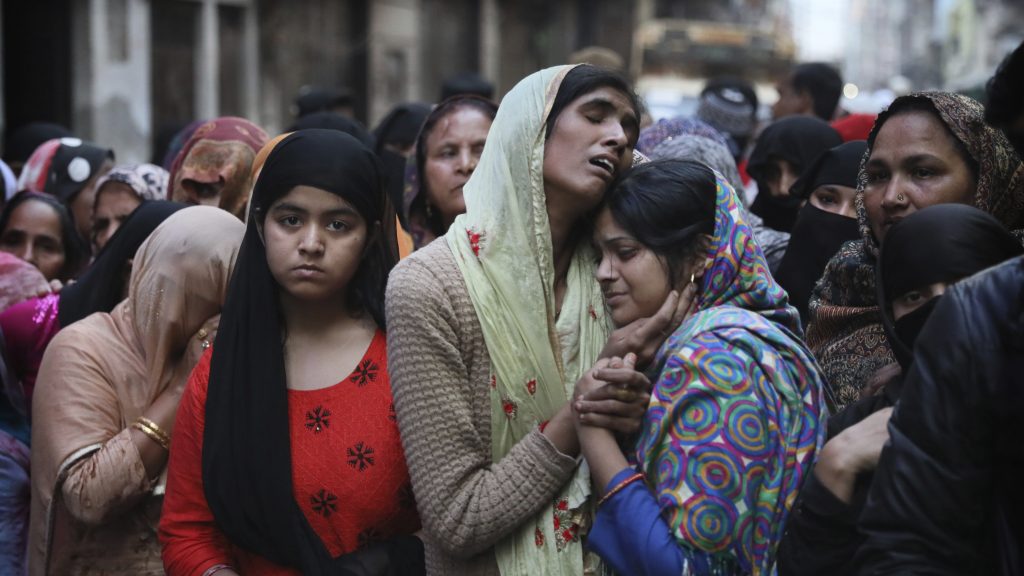 Dozens of people have died during religious riots in New Delhi, India’s capital city. Nationalist mobs apparently supportive of prime minister Narendra Modi‘s right-wing government have allegedly targeted Muslim citizens. And local reports, according to CBS News, “suggest the majority of the dead and injured are Muslims”. The outlet continued by stressing:

The death toll from four days of sectarian violence in India’s capital has risen to 38, making it the worst religious rioting Delhi has seen in more than three decades

Tensions had been building over a new citizenship law that critics see as a threat to India’s secular society and a way to further marginalise the country’s 200 million Muslims.

As Modi feted Donald Trump on his first state visit to India, a moment that was supposed to help cement the country’s place on the world stage instead became an embarrassment. On Sunday, as Modi prepared for Trump’s arrival, a group of predominantly Muslim protesters demonstrated in a north-eastern corner of the capital against the citizenship law, which fast-tracks naturalisation for some religious minorities from neighbouring countries but not Muslims.

Hindus and Muslims have lived side by side for centuries, but with one local leader of Modi’s Bharatiya Janata Party holding a rally urging police to clear out the protesters, days of deadly violence have rocked the Indian capital.

The streets where the rioting occurred, in Muslim and Hindu areas alike, resembled a war zone. Helmeted, camouflaged and baton-wielding police marched down pavements littered with broken glass and charred vehicles as residents peered from behind neighbourhood gates they had locked from inside.

On one corner, Muslims accused police of aiding Hindu mobs in the clashes, including setting fire to mosques and a shrine.

The targeting of Muslims

Police denied allegations that they aided the Hindu mobs or failed to stop violence against Muslims. But bystander videos appeared to show police standing by as Hindu men attacked Muslims. Other videos showed police commanding Muslims to sing India’s national anthem. The Delhi High Court condemned police for not stopping the mobs.

Since cruising back to power in a general election last May, Modi has aggressively carried out his party’s Hindu nationalist agenda, from stripping restive Kashmir (India’s only Muslim-majority region) of its statehood to supporting a Supreme Court ruling allowing a Hindu temple to be built on the site of a Mughal-era mosque torn down by Hindu mobs in 1992.

Over 200 million Muslims call India home. Widespread anti-Muslim mob violence has killed at least 27 and injured many more. Trump responds by saying, "That's up to India." This is a failure of leadership on human rights.https://t.co/tUX713Bz9Y

Hindu nationalist mobs are carrying out crimes against humanity on Muslims in India.

Attacks on places of worship are pure evil. Killing is pure evil, too.

The world would be shocked & dismayed at these events, but there is hardly any media coverage.

The silence is deafening.

Following is a thread of news and analysis as it breaks. #DelhiRiots2020

How the world stands up to the global resurgence of fascism will determine so much of what’s to come. We will be the voice of our Indian brothers and sisters suffocated by Modi with the approval of Trump. https://t.co/622zIDrLb4