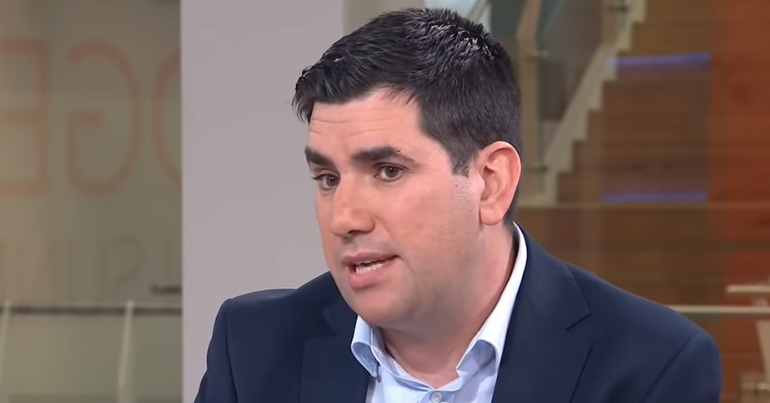 In the battle for the position of deputy leader of the Labour Party, Richard Burgon just gave members a colossal reason to back him. Specifically, he gave those members who supported the party’s direction with Jeremy Corbyn at the helm a reason to give him their vote.

For all those Labour insiders who spent Corbyn’s term in office sabotaging the leader, however, it’s the last thing they’ll want members to hear.

Etched in my memory

Burgon spoke at an event called Rally for Socialism on 26 February. During the rally, he raised a spectre from Labour’s recent past that many in the party will want people to forget. Fortunately, the SKWAWKBOX captured the moment.

What I won’t forget ever, as long as I’ll live, is that attempted coup.

The coup Burgon speaks of happened in 2016. 172 MPs systematically resigned in the pre-planned challenge to the Labour leader. As Burgon explained:

Every hour, on the hour, people resigned from jobs no one knew they had until they resigned from them – almost as if it was scheduled, the news bulletins, heaven forbid.

These people were elevated to the level of the political titans of our age by the commentariat.

Burgon then talked about why this elevation happened. He said those in the establishment believed they were “fulfilling a very important historical role”. That role was, he explained, to ‘get rid of a socialist as the leader of the Labour Party’.

At the time of the coup, however, the establishment didn’t get what they wanted. All the coordinated attack did was give Corbyn an even bigger mandate for leadership than in the 2015 election, despite the party potentially purging around a quarter of his would-be supporters.

Burgon's blistering take-down of 'coup' MPs sends message to 2/3 leader candidates – and those who might vote for them.

No lectures from saboteurs

Ultimately though, the establishment got their wish. The constant briefings against Corbyn from within his party, a rabid media eager to smear him at every turn, and the leadership finally appeasing the Remainiacs in its party all combined to bring Corbyn’s tenure to an end.

Now, the same establishment cohort who brought Corbyn down are harping on about electability in order to secure their favoured candidates over the line. But Burgon’s having none of it. At the event, he said:

I won’t take lectures from people about the desire to win elections, when they sabotaged our elections… I hope those people are proud of themselves… through their indulgence and through their treachery to the members, [they] helped to deliver that right-wing [Tory] government.

Betraying the membership alone is bad enough. But Burgon also highlighted what the saboteurs snatched from the country through their skullduggery:

the prospect of a socialist, anti-war, internationalist government that would have gone about creating… a fundamental shift in wealth, power and control in favour of the 99%. The government would have pursued… an independent foreign policy, based upon peace and socialism, not just doing whatever the inhabitant of the White House tells us to do.

In his searing comments at the event, Burgon showed a passion for continuing the transformation of the Labour Party that Corbyn started. He also bared his disdain for and distrust of anti-progressive and anti-democratic establishment figures in and out of Labour’s ranks.

For anyone who doesn’t want Labour’s clocks to turn back to the neoliberal, war-crime-ridden days of Tony Blair and centrism, that’s a pretty colossal reason to vote for Burgon.