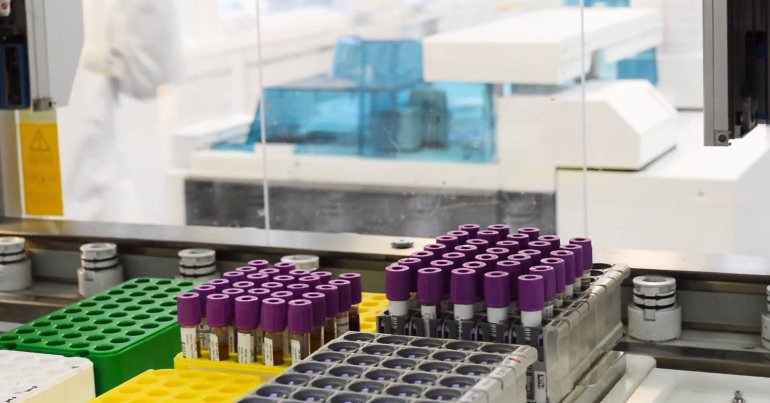 The UK government only outlined what coronavirus crisis support it will be providing to self-employed and gig economy workers on 26 March. Officials laid out plans to support employed workers a week ago.

The government’s slowness in offering help to the some five million Britons in this position is insulting. But the way one group of self-employed workers describe their treatment amid the outbreak goes beyond insulting: it sounds obscene.

As the Guardian reported, a group of blood couriers are taking legal action against their employer. They work for a company called the Doctors Laboratory (TDL), which counts the NHS as a customer for pathology services. The Guardian says the couriers ferry samples between labs and hospitals “on the frontline of the crisis”.

The self-employed workers say the provision of personal protection equipment they have when transporting Covid-19 samples is inadequate. They claim that some of them have not had access to hand sanitiser or gloves. Depending on whether there’s a facility to leave or pick up blood samples at hospital entrances, couriers say they sometimes will have to go inside. So they also want the option to use masks and full body protective gear. They’re asking for regular testing for coronavirus too.

The couriers further claim some samples have been improperly packaged. Meanwhile, they don’t receive sick pay as self-employed workers.

“A small cost to pay”

The union Independent Workers of Great Britain (IWGB) is representing the couriers in the action. IWGB’s Alex Marshall wrote in a letter to the group’s employer:

TDL couriers are going to be paramount to the tackling of this virus and to monitoring the spread. When everyone is being told to stay home and keep safe, TDL couriers will have to be out and expose themselves to the risks others are able to avoid

what they want to make them feel at ease while working. It is a small cost to pay for couriers continuing to work and keep the business going in the most adverse conditions.

TDL claims the self-employed workers had been offered full employment contracts. TDL said it was only couriers who were employed on those terms who would be “afforded” full pay should they have to self-isolate, i.e. if they get sick. The company does, however, expect self-employed couriers to self-isolate, as per government advice, for which they will only be entitled to statutory sick pay of £94.25 per week.

On the safety equipment, TDL said it had provided protective gloves, and hand sanitiser “subject to availability”. It also said its packaging for the samples is approved by Public Health England, along with a “leading UK dangerous goods safety advisor”. Meanwhile, it claimed public health guidances don’t necessitate face masks for the job and that couriers could refuse to transport improperly packaged items. The director of governance, Emer Nestor, said:

It is inconceivable that we would deliberately expose any of our workforce, of whom our couriers are an important part, to undue risk at any time but especially in these exceptional circumstances. All our protocols are compliant with current regulations, are kept under constant review and should they change, our protocols will change with them.

Unfortunately, it’s not inconceivable that frontline, essential workers have to work without adequate protective gear amid the coronavirus crisis. NHS workers say they are routinely finding themselves in that situation at the moment. It’s not incomprehensible either that self-employed and gig-economy workers find themselves left out in the cold when it comes to financial support. That’s exactly what the government has done to these sorts of workers up until now.

Both issues need to be resolved quickly, for the workers involved and the health of the wider community.

Featured image via the Royal College of Pathologists/YouTube