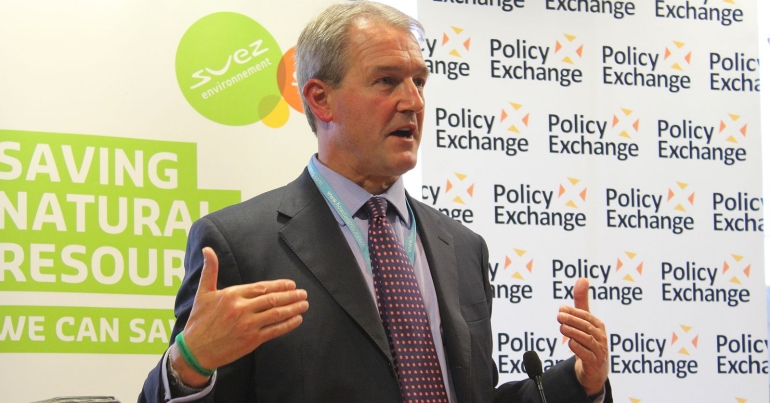 Conservative MP Owen Paterson wrote an article in the Express on 22 March. He said:

TACKLING the global Covid-19 pandemic is going to require months of sustained, collective effort of a kind not seen in this country since the Second World War.

But that “collective action” doesn’t appear to include not profiting from the pandemic. Because BuzzFeed News revealed that North Shropshire MP Paterson is making £100,000 a year from a company that sells testing kits for £120 each.

Paterson makes his money as an advisor to Randox Laboratories. As BuzzFeed reported, Randox’s website states that it:

has developed a revolutionary test for Coronavirus (COVID-19), the new strain of coronavirus. The only test in the world that can identify the lethal strain and differentiate between other non-lethal variants with the same symptoms.

Many of the tests are sold to private healthcare practices which then sell them on to their clients for a much as £375.

Meanwhile, there is outrage at the lack of testing available in the UK with frontline NHS staff and other key workers unable to access testing, despite the government promising they will be prioritised.

One rule for them….
Tory MP paid £100,000 a year by company selling private #coronavirus testing kits for £120.
Meanwhile, NHS workers being placed at risk due to lack of testing
https://t.co/yGls0RkqsX

And while it would be nice if this was surprising, as political commentator Rachael Swindon pointed out:

So, Tory MP Owen Paterson pockets £100,000 a year from a company that sells £120 #COVID19 test kits, according to the register of members interests.

The sad thing is, you’re probably not the in the slightest bit surprised.

And the whole sorry situation is even less surprising given Paterson’s record. As The Canary highlighted in 2018:

A thinktank picked up the tab for the £8254 week-long jaunt to Washington, where the MP gave an hour-long speech to the right-wing Heritage Foundation. The generous think tank? Paterson’s very own UK2020.

Paterson refused to declare the donors to UK2020. But it also:

splashed out a more modest £5,407 for Paterson’s six-day trip to Washington. In 2015, Paterson’s thinktank covered the costs of trips to Australia, South Africa and two visits to the US. The cost of the four trips came to over £19,000.

During the EU referendum campaign, UK2020 also covered flights and hotels worth £1,713 for the Conservative MP.

Meanwhile, in 2016, the Mirror reported that during his time as environment secretary, Paterson promoted a scheme that:

exploit[ed] the elderly by plucking them out of retirement to pick crops for less than the minimum wage.

In one sense, Paterson is right; this crisis will “require months of sustained, collective effort”. But that effort has to include forcing private companies to stop putting profit before everyone’s health.

Across the UK, communities are coming together. Neighbours are looking out for each other in ‘mutual aid‘ groups, people are offering free online concerts, and others are offering free accommodation to NHS workers.

This is collective action. And this is what communities are already doing. We don’t need a money-grabbing bastard who’s advising a company profiting from the crisis to tell us to look after each other. Paterson and his private healthcare friends should hang their heads in shame. And any decent government would seize their resources immediately and ensure key workers get the tests they need, not just the rich.