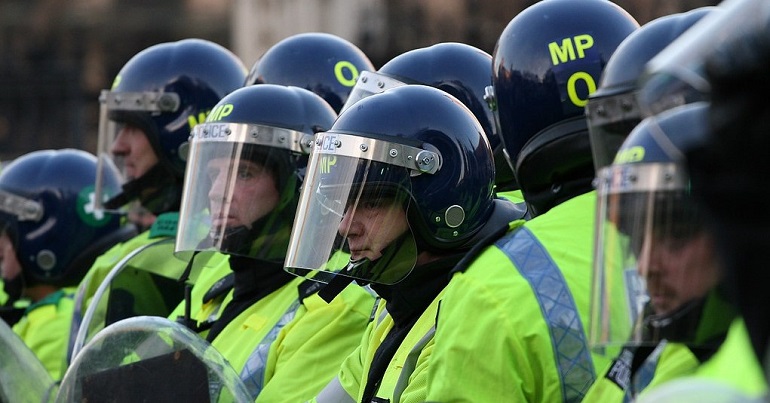 One of the most chilling aspects of the coronavirus (Covid-19) pandemic is the sweeping powers given to the police. The powers were introduced quickly, and different police forces interpreted the new laws in a variety of ways. In some places, the legislation was used to ban people driving somewhere for daily exercise. In other areas, police made decisions over people’s shopping and deciding whether or not it was essential.

Use your judgement and common sense; for example, people will want to exercise locally and may need to travel to do so, we don’t want the public sanctioned for travelling a reasonable distance to exercise.

Apart from key workers, all of us should be adhering to the ‘stay at home’ guidance. We should not look for loopholes to go out. Staying home saves lives. And it’s vital that we question every trip outside we think we need to make and really ask whether it’s necessary.

But this doesn’t mean accepting and supporting every action the police take. So a new website – “Policing the Corona State” – is doing vital work, monitoring and challenging what the police are doing.

The website is a joint initiative from the Network for Police Monitoring (Netpol) and the Undercover Research Group (URG). It’s publishing a daily diary to:

monitor the everyday impact of the new policing powers and whether they are used proportionately.

Across the country, police forces are interpreting government guidance on what is a ‘reasonable excuse’ for leaving home as if this was written into law. This is why roadblocks suddenly appeared, why people were stopped and questioned in a hostile manner and why arbitrary decisions were made about whether exercise or shopping is essential or not.

Blowe highlighted that the police’s actions aren’t just about the pandemic, but a fundamental part of usual policing priorities:

We foresaw this situation emerging because it isn’t about whether some officers are ‘over-eager’. It is about policing always having more concern for maintaining security and public order than for human rights. From top to bottom, the police find it almost impossible to believe the vast majority of us are capable of making efforts to contain the coronavirus without coercion and constant threats.

Public pressure has forced a partial retreat. However, when many of us are either stuck at home or exhausted key workers, we have less power to resist the growth of an authoritarian state. That’s why we need to keep the pressure up – and one way to do so is documenting and highlighting the everyday impact of emergency powers.

On 31 March, the hashtag ‘police state’ trended on Twitter following former supreme court justice Jonathan Sumption’s criticism of Derbyshire police’s actions in shaming people parking to go for a walk in the Peak District. He stated that:

This is what a police state is like, it is a state in which a government can issue orders or express preferences with no legal authority and the police will enforce ministers’ wishes.

Following Lord Sumption's dramatic realisation that we have "suddenly" become a #PoliceState, perhaps it is worth thinking back to pre-lockdown – remember that? [1/n]

And it gave several examples of why, especially for Black, Asian and Minority Ethnic (BAME) communities, this is nothing new:

NOVEMBER 2019: A black cyclist was pulled over for a “degrading” stop-and-search by a police officer who claimed he had smelt cannabis on him. https://t.co/AZSKHPw4hU

Other people also emphasised this point:

I hate to break it to you all, but Britain has always been a #PoliceState. Flying drones to intimidate hikers and neighbours shopping you in for two-jogs-a-day is just the tip of the iceberg. Just wait until you learn about what happens to black men in police custody!

😂😂 all these people spilling their tea over being stopped and asked where they are going on their morning stroll. If you got nothing to hide, you got nothing to worry about! You been telling me this for years! Welcome to stop and search 🤣🤣 #PoliceState

If there’s one positive that comes from the policing of the coronavirus, it will be white middle-class people being able to experience and understand the type of policing usually confined to BAME communities. And when this pandemic is over, everyone who’s experienced this needs to remember what it feels like and extend solidarity to communities where this counts as ‘normal policing’.

Meanwhile, we all need to act responsibly and stay at home unless it really is essential. But we can do this without turning our country into a full-blown police state.

The work Netpol and the URG is doing is essential. Supporting the ‘stay at home’ message doesn’t mean ignoring police abuses. And now, more than ever, we need to monitor and challenge what the police are doing with this particularly chilling impact of the pandemic.