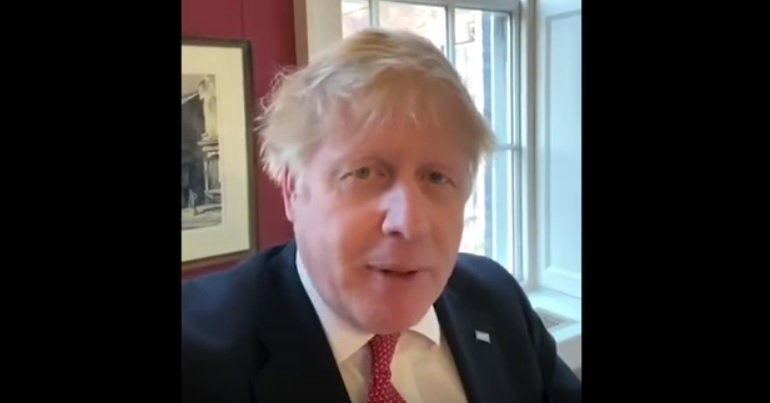 The latest data from the European Centre for Disease Prevention and Control (ECDPC) indicates that the UK will likely overtake Italy and Spain for coronavirius (Covid-19) deaths. This follows significant delays by the UK government to organise ventilators, personal protective equipment (PPE), and wide-scale testing.

More deaths than Italy and Spain

First, daily new deaths
• US & UK both likely to pass Spain for peak daily deaths
• Daily death tolls in the thousands to become the norm in US
• UK now clearly steeper than Italy

Meanwhile, the latest figures from Public Health England list 3,605 deaths from coronavirus as of 4 April 2020.

The trajectory of deaths mapped by the FT must be seen in the context of government failings to combat the disease, which include insufficient testing, a lack of ventilators, and inappropriate PPE.

The UK government appears to be getting nowhere with the polymerase chain reaction (PCR) testing for those who may have the virus:

So I don't like to depress you but @AlokSharma_RDG just confirmed that there's no plan for mass testing. There's not even a timeline for a plan. And without that, there is no end in sight. There is no exit strategy.

The UK government has claimed it didn’t participate in the EU’s health security committee meetings to discuss the outbreak because it missed an email invite to attend the meetings. But EU minutes seen by the Guardian reveal this is untrue and that Britain was represented at eight of those meetings.

A spokesperson for PM Boris Johnson subsequently explained that the reason the government didn’t proceed with the EU bulk purchasing of ventilators was “because we are no longer members of the EU”. This explanation failed to take into account how the UK is still in the transition period and so could’ve collaborated on this bulk purchase.

The dysfunction of the UK government continued with the revelation that Nantwich-based company Direct Access contacted the Department of Health to offer 5,000 new ventilators. According to Nantwich News:

But five days later, Health bosses still had not made a decision and the supplies were then snapped up by other customers.

The NHS reportedly has around 8,000 ventilators, although a further 30,000 are needed to cope. However, it was admitted that the initial delivery will consist of just 30 ventilators from Penlon, an Oxfordshire company that is “part of a consortium including Ford, Siemens, Mercedes, McLaren and Meggitt”.

Moreover, the supply and delivery of PPE to frontline health workers has been woefully inadequate and puts their lives at risk.

It is completely unacceptable that weeks into this crisis, there are colleagues in all settings – hospitals, community or care homes – who have not been provided with personal protective equipment.

Every minute we wait is a minute too long. All nursing staff, no matter where they work, must feel safe…

The RCN has said repeatedly that we will not accept anything less than aprons, gloves and masks for all staff, in all settings.

But this is a minimum – and that is why we are so disappointed even that level of protection has yet to be provided.

The safety of NHS staff must be the top priority as they risk their own health, and even their lives, to save others.

As The Canary recently reported, a letter from NHS staff with 4,000 signatures called on the government to urgently address shortages in PPE.

And The Canary also reported how leading US epidemiologist William Hanage pointed out that:

We thought we could have a controlled epidemic. We thought we could manage that epidemic over the course of March and April, push the curve to the right, build up herd immunity and that way we could protect people… The reason why that strategy was wrong is it didn’t recognise that 20% of people infected would end up with severe critical illness. The evidence was there at the end of January.

In summary, the Johnson-led government has failed to combat the disease at every level. In particular when it comes to testing those who may have the virus and supply of PPE, ventilators, and other essential equipment. Valuable time has been wasted, and lives lost or livelihoods ruined. The government chose to make an ideological point about leaving the EU instead of prioritising the acquisition of life-saving ventilators, and put the economy ahead of saving people’s lives – all while a decade of Tory austerity had already left the NHS in crisis.

Under normal circumstances the government would be forced to resign – as its handling of the crisis has been shambolic at best and criminal at worst.