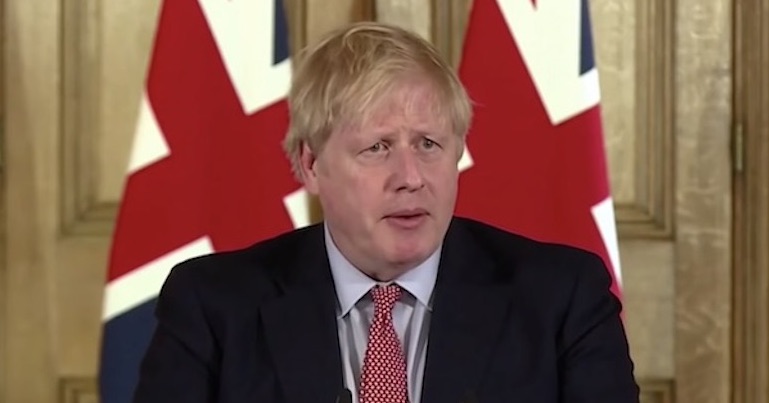 On 12 March, Boris Johnson announced that the UK was moving into the ‘delay’ phase of tackling the coronavirus (Covid-19) outbreak. So-called ‘herd immunity’ underpinned the government’s approach. This has since been widely criticised by doctors and specialists. Adding to the chaos, health minister Matt Hancock now seems to have changed his mind, saying herd immunity no longer applies.

Globally, as cases increase and more borders close, many people are confused and angry that UK schools can’t close and that testing is limited. Now, new evidence shows that Johnson’s approach is challenged by the same type of experts he and the government insist are behind the UK’s strategic approach.

Following Johnson’s announcement, news emerged that a group of behavioural scientists from the Behavioural Insights Team (BIT) was advising the government on its coronavirus strategies. The government tried to ‘reassure’ the UK public that its measures were scientifically backed by this group, known as the “Nudge Unit”.

However, since then nearly 600 behavioural science experts have signed an open letter questioning:

The letter expresses concern “about the timing of UK delay measures involving social distancing”. It notes that, given the “disaster unfolding in Italy”, the UK has “a unique window” to delay “the spread of COVID-19”. It also challenges “current government thinking” about “behavioural fatigue”. Johnson has insisted that early efforts to limit social contact would be less effective. But as the experts noted, they’re “not convinced that enough is known about “behavioural fatigue” or to what extent these insights apply to the current exceptional circumstances”.

The letter openly challenges the government’s advice stating that “essential behaviour changes” such as handwashing would gain:

far greater uptake the more urgent the situation is perceived to be. “Carrying on as normal” for as long as possible undercuts that urgency.

As it notes, the government approach – based on herd immunity theory – suggests it believes “that halting the spread of the disease is impossible”. But it also stresses that, actually, “radical behaviour change” could well “save very large numbers of lives”. Evidence from countries like China and South Korea ‘suggests’ our government should “at least” give this a go.

It urges the government “to share an adequate evidence base” about using “behavioural fatigue” in order to “delay high-visibility interventions”. The experts conclude:

If one is lacking, we urge the government to reconsider these decisions.

“Lives may be lost”

On 16 March, an article in Behavioural Scientist outlined further reasons for these experts writing the letter. It recognises that policymakers need to make “high-stakes decisions under enormous pressure”; and also that “those decisions must be informed by science wherever possible”.

The article further emphasises the need for a balance between supporting the “underlying science” of decisions and ensuring “high levels of public trust”. It also notes the dangers of creating a “cacophony of voices of many different opinions” if scientists challenge government actions. This could well “undercut government credibility and hence undermine public trust”. But as it stresses:

The risk of not doing so is that vital opportunities for scrutiny of the many, complex, interlocking parts involved in the decisions are missed, errors are made, or better alternatives are overlooked. Lives may be lost as a result.

The article also challenges “vague” understanding about “behavioural fatigue”. Because so far, most information has come from media interviews “of government sources and officials involved in the policy process”. Yet while Johnson’s government drives this strategy, other countries around the world have shifted to lockdowns. Meanwhile:

society seems to be running ahead of government recommendations: Premier League football has been suspended, many higher education institutions are voluntarily suspending face-to face instruction, and prominent employers are shutting offices and shops, recommending working from home where possible, or reducing staff density where offices remain open.

Vitally, it stresses that:

The scientists behind the letter expressed concern about the lack of “sound evidence” given so far to delay stronger “social distancing” measures in the current crisis. Evidence indicates that the pandemic is “not  “just a flu””. So past studies may not be relevant.

As the article emphasises, timing is crucial to tackle coronavirus and save lives. So as it concludes:

Our letter is not an attempt to undercut policymakers, but aims to help create more robust, rigorous, and better policy at this critical moment.