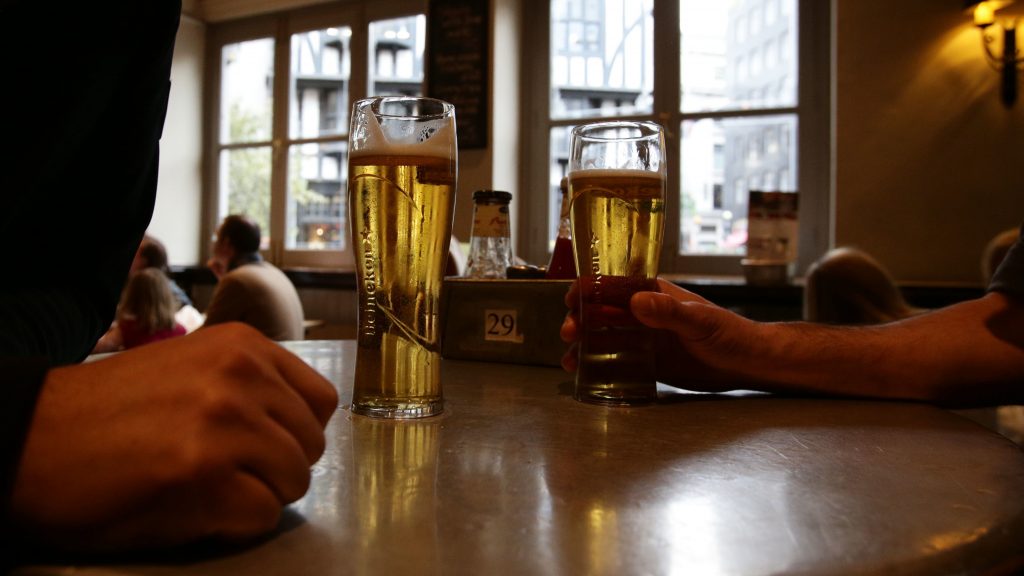 The hospitality industry could effectively be condemned to death without urgent state help to get through the coronavirus pandemic, it has been warned.

Pubs and restaurant owners are calling for immediate action to support the industry financially after prime minister Boris Johnson advised people not to go out but stopped short of ordering entertainment venues to close.

The letter, seen by the PA news agency and dated Monday, follows the government issuing new advice for people to avoid pubs, clubs and theatres in a bid to halt the spread of coronavirus.

British Beer and Pub Association chief executive Emma McClarkin said: “The UK pub and brewing industry is tonight facing an existential crisis as a direct result of the guidance issued by the government today.

“Thousands of pubs and hundreds of thousands of jobs will be lost in the very short term unless a proactive package creating cash and liquidity is provided immediately to the industry.

“Forced pub closures without a meaningful support package will have a catastrophic financial and social impact.”

The letter calls for the government to cancel all business rates payments for six months, as well as all tax payments including PAYE, VAT and corporation tax for pubs and hospitality businesses.

It also calls for the cancellation of beer duty payments for six months, and the postponement of the planned national minimum and living wage increases due in April.

McClarkin added: “I cannot emphasise strongly enough how critical it is that action is taken now.

“Failure to do so will destroy the industry.”

At a press conference in Downing Street on Monday afternoon, Johnson advised that people should start working from home “where they possibly can”.

“You should avoid pubs, clubs, theatres and other such social venues,” he added.

Asked whether pubs, restaurants and theatres were being ordered to close, the prime minister said: “What we are doing is giving very strong advice that public venues such as theatres should no longer be visited.

“The proprietors of those venues are taking the logical steps that you would imagine, you are seeing the change happen already.

“As for enforcement, we have the powers if necessary but I don’t believe it will be necessary to use those powers.”

He added: “We are going to make sure that we do everything we can to give them the liquidity that they need.”

Of the announcement, Carluccio’s chief executive Mark Jones said help must be put in place immediately.

He told BBC Radio 4’s Today programme: “To do that to an industry without any fiscal support whatsoever condemns us to death effectively.”

He said “enormous state intervention” is needed, acknowledging that, even without rent and business rates being officially dropped, firms will not be able to pay.

He said: “We are days away from large-scale closures of restaurants throughout the UK.”

Other pub, restaurant and theatre industry leaders said they were concerned that, because the government has not ordered them to close, businesses will not be entitled to insurance payouts.

He tweeted: “Let me add my voice to the justifiably outraged clamour of those furious at the govt for insisting hospitality and entertainment industries shut down without legally mandating them to do so, meaning they can’t claim insurance. Staggeringly reckless.”

Caroline Norbury, chief executive of the Creative Industries Federation and Creative England, said: “The advice issued by government today is a crippling blow to the UK’s creative industries.

“As the social distancing measures announced this afternoon are only advisory, rather than an outright ban, we are deeply concerned that creative organisations and cultural spaces will find they are unable to claim compensation for the huge losses they will experience as a result of Covid-19.”

UKHospitality chief executive Kate Nicholls said the new advice left the industry in “limbo with no recourse to insurance”.

She added: “This is catastrophic for businesses and jobs.

“The government has effectively shut the hospitality industry without any support, and this announcement will lead to thousands of businesses closing their doors for good, and hundreds of thousands of job losses.”

Shadow culture secretary Tracy Brabin said on Twitter that the prime minister needs to “urgently clarify” whether theatres, music venues and other venues will be entitled to claim insurance.

Danny Kwiatkowski, owner of The Rose in Bermondsey, south-east London, told PA he thought closing was “probably the most prudent thing to do”, but added: “What I’m astounded at is the total lack of support for our employees.

“Instead of spouting off nonsense and waffle, the prime minister should have had a clear plan akin to what Norway, Sweden and Denmark are implementing, not just for hospitality workers but everyone who’ll be affected.

“I would hope the pressure he’ll feel upon him from our industry – in light of his irresponsible rhetoric – will be great enough to warrant a clearer message in his daily address tomorrow, as to retain this stance is tremendously irresponsible and it genuinely feels like it’s all about money.”

Speaking in the House of Commons on Monday evening, health secretary Matt Hancock told MPs he appreciated that the latest advice had consequences.

Asked if the government could give advice on whether pubs and restaurants should close or not so that they could claim on insurance, Hancock said: “We’re advising against all unnecessary social contact. I appreciate that this has consequences and I regret having to take these measures, I really do, but we are having to fight this virus.

An Association of British Insurers (ABI) spokesperson said: “We are working with members to assess the situation, and that firms should, in this fast-moving situation, talk to their insurer or insurance adviser”.