While everyone was panic-buying toilet roll, the Tories quietly dropped some outrageous news - Canary 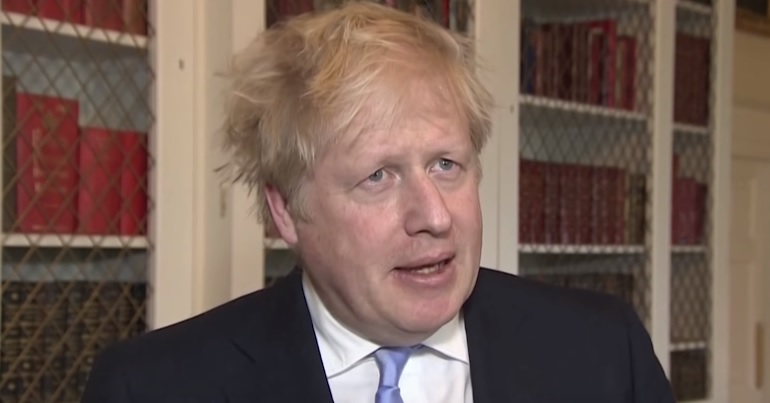 UK citizens are preoccupied by the coronavirus (COVID-19) pandemic right now. As such, it’s a good time for the government to sneak out bad news. Because few will notice it.

So the Conservative government has done exactly that. News broke on 16 March that it has decided to withhold information from its citizens about a project – the Garden Bridge – that it wasted £43m of their money on. The government also revealed that it’s doing so in order to shield a failed private enterprise.

That’ll suit Boris Johnson just fine. After all, he was the champion of the Garden Bridge, a project which spaffed tons of taxpayers’ money up the wall.

Good day to bury bad news? The Department of Transport refuses to publish its internal report into London's Garden Bridge scandal which cost taxpayers £46 million. Its reason: it would prejudice the commercial interests of the Garden Bridge Trust – in liquidation since April!

As the Architects’ Journal reported, the failed Garden Bridge project was one of “the costliest public scandals in British political history”. The Department for Transport (DfT) and Transport for London (TfL) threw £19m and £24m, respectively at the Garden Bridge Trust for the project. But construction of the planned nature-filled bridge from Temple to the South Bank never properly started.

Many considered the initiative a “pet project” of Johnson’s while he was mayor. It certainly wasn’t his only one, though. Because he was known during his mayoralty for his fondness of gimmicky and costly projects.

As the Guardian reported, Johnson “watered down” conditions for public funding of the Garden Bridge project while mayor. Meanwhile, a 2019 London Assembly report said Johnson had put TfL under ‘significant pressure’ to get the project’s planning and development moving quickly. Assembly member Tom Copley said:

There were consistent failures to adequately, effectively and transparently deal with the escalating risks of the project

It is unacceptable that these risks were being downplayed by TfL in order to fulfil the former mayor, Boris Johnson’s pet project.

The DfT produced its own report on the fiasco. Specifically, it assessed the Garden Bridge Trust’s financial position, according to the Architects’ Journal. The DfT has refused to release the report following a Freedom of Information (FoI) request. Twice refused, in fact. It says that it’s protecting the Garden Bridge Trust, or the interests thereof, by not doing so. However, the trust went into liquidation last year.

It’s believed that the DfT report cautioned against ministers putting more taxpayer money in jeopardy in relation to the project. Responding to the government refusal to release the report, shadow transport minister Andy McDonald said:

These revelations are shocking. The then-secretary of state Chris Grayling was warned by his own officials not to put taxpayer’s money at risk by continuing to back the ill-fated Garden Bridge project, but decided to plough ahead anyway.

Grayling must explain why he acted against the advice of civil servants to back Boris Johnson’s project even as it became clear it was in trouble. Millions of pounds have been wasted. The public has a right to know.

But what did the public make of it? Well, given the government’s track record, a number of them were not shocked:

It is reported that the Government has refused to publish a report detailing the number of unpublished reports as this report would prejudice the publication of all outstanding reports.

Others put the eye-watering figures wasted on the project in perspective:

Meanwhile, some noted that there may be more bad news in the coming weeks – as the Covid-19 pandemic will provide cover for some time yet:

I guess we’ll see a lot more of this in the coming weeks.

This news should be shocking. But it isn’t. In fact, the Labour Party previously calculated that crappy choices and blunders from just one former Conservative government minister – Chris Grayling – needlessly cost the taxpayer billions in recent years.

These scandalous situations show that there is money – our money – to spend. The government is just splashing it in the wrong places. Let’s hope that changes. Especially now, amid the Covid-19 pandemic.

Featured image via the Guardian/YouTube