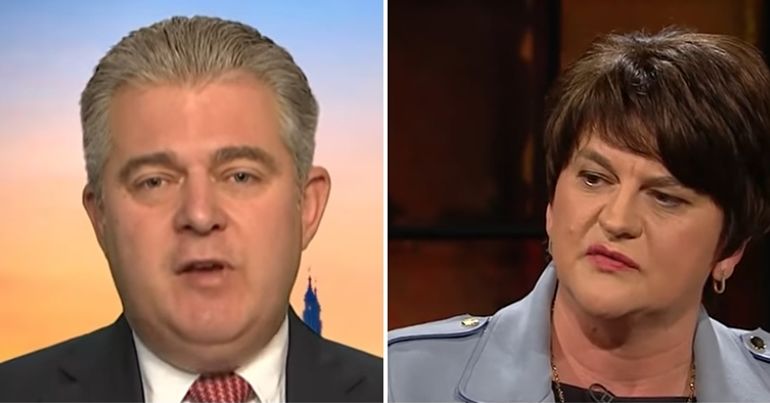 On 31 January 2020, the secretary of state for Northern Ireland signed legislation to establish the ‘Northern Ireland Troubles-related incident victims payments scheme’. This scheme would open at the end of May 2020 to certain people injured during the conflict. However, that now won’t go ahead as planned, because a row has erupted between Belfast and London over payment.

This delay has caused further anguish for victims of the violence caused by the conflict. But the delay isn’t the only problem with this scheme – the current row also highlights the scheme’s divisive nature. Because while the scheme would make payments to many deserving people, the British government had already excluded several other people from it. Campaign groups for victims of the Troubles spoke to The Canary about their concerns.

Criticism of the scheme

The scheme is to apply to “those injured through no fault of their own”. This led to criticism from Sinn Féin (SF) MLA Linda Dillon. Dillon accused the British government of “acting in bad faith”.  She said it was a “partisan approach to dealing with the legacy of the conflict” which created a “hierarchy of victims”.

The “no fault of their own” stipulation also led to strong criticism from Relative for Justice (RFJ), a victims’ justice group. RFJ said the UK government was running a “coach and horses through the 2006 order’s definition of victims“. The 2006 definition said a “victim and survivor” included anyone who was “physically or psychologically injured as a result of or in consequence of a conflict-related incident”. It made no reference to “fault”.

The regulations published in mid-January specifically exclude three sections of individuals from application irrespective of the circumstances in which they were injured, or the severity of the injury.

The first was expected – these are individuals who sustained injuries in incidents to which they were subsequently charged and imprisoned for offences in relation to that incident. We do not accept that exclusion but were expecting that it would be included.

These are an exclusion on anyone who was imprisoned for more than 30 months on any offence and anyone whom the judging panel or Secretary of State may deem a payment would be inappropriate.

Murphy explained why these exclusions were ‘discriminatory’:

This is clear discrimination in favour of the British state narrative of the conflict. Where state impunity still remains the order of the day. Where many convictions are highly contested and are before the criminal cases review commission. And indeed where the conflict is highly contested. It also means that the scheme will be blind to injuries sustained in interrogation centres of the prisons themselves. These injuries include those as a result of codified violations like torture.

Limitations of the scheme

The scheme excludes people who have convictions and where “that conviction was in respect of conduct which caused, wholly or in part, that incident”. It could also exclude people where an assessment panel “considers that the person’s relevant conviction makes entitlement to victims’ payments inappropriate”.

Murphy told The Canary she feels the scheme’s exclusive nature feeds “this pro-state narrative…here’s the good guys and here’s the bad guys”. She says the scheme:

should be universal so that all of those who have been injured and are in need have access to it. It needs to be opened up so that it can honestly contribute to peace and reconciliation.

Other victims’ groups speak out

However, SEFF says the people it represents are “deeply aggrieved” by the delay. Donaldson told The Canary:

Innocent victims and survivors who were seriously injured as a result of a ‘Troubles related incident’ were advised by Government and others that the Scheme would be operational as of 30th May 2020, today’s development will cause a great deal of distress to them and many will fear; does it represent yet another false dawn in their battle for acknowledgement and recognition.

Many will also point to the situation of the HIA [Historical Institutional Abuse] and how matters have been progressed in this regard (and rightly so) but will question; why is politics yet again being played with victims/survivors of ‘The Troubles?’

We call for immediate focus from Her Majesty’s Government and the N.I Executive concerning these matters. Legislation was passed, timelines were committed to and a blueprint around eligibility issues was agreed, there is a legal but also moral obligation upon those responsible to deliver this Scheme forthwith.

In relation to the dispute between Belfast and London on payment, Donaldson added:

On the issue of budget we suggest that a way through this debacle would be for the UK Government to contribute costs related to the set up of the scheme ie the retrospective payments due to beneficiaries from the point of The Stormont House Agreement in 2024 to the point when Devolution returned earlier this year. We also submit that the U.K Government also contribute towards the costs of supporting carers who would receive the payment post the death of the seriously injured victim/survivor. The N.I Executive could then bear responsibility for the year on year running of the scheme and the associated costs.

He said SEFF is engaging with the executive office, the Northern Ireland Office, and secretary of state as well as local politicians. Moreover, the WAVE Injured Group is considering legal action over the delay.

The scheme covers incidents between 1 January 1966 and 12 April 2010, and it’s open to people injured in incidents that happened outside the north of Ireland. It was due to open on 29 May with payments backdated until 23 December 2014. But then on 21 May, the first minister of Northern Ireland Arlene Foster acknowledged the scheme wouldn’t begin as planned.

Foster said payment of the scheme isn’t possible without extra support from the treasury. Whereas the secretary of state Brandon Lewis believes the £100m cost of the scheme “would be paid for from the bulk grant that is with the Northern Ireland Executive”.

It’s poignant that the controversy around this scheme erupts around the 22nd anniversary of the Good Friday Agreement (GFA) referendum. But the delay and approach to the scheme comes as little surprise. Because it’s symptomatic of how the British administration handles legacy issues in Ireland. Sometimes with the knowledge that it’s doing wrong.

While any post-conflict situation is challenging, botched handling keeps it in the headlines for the wrong reasons. This payment scheme should no longer make news because the UK government should have dealt with it. And dealt with it inclusively. This would allow its victims some support and some dignity to help deal with their hurt. And it would ensure a more balanced narrative of that time.