The £5.5bn PPE scandal that goes to the core of government incompetence - and that's just for starters - Canary 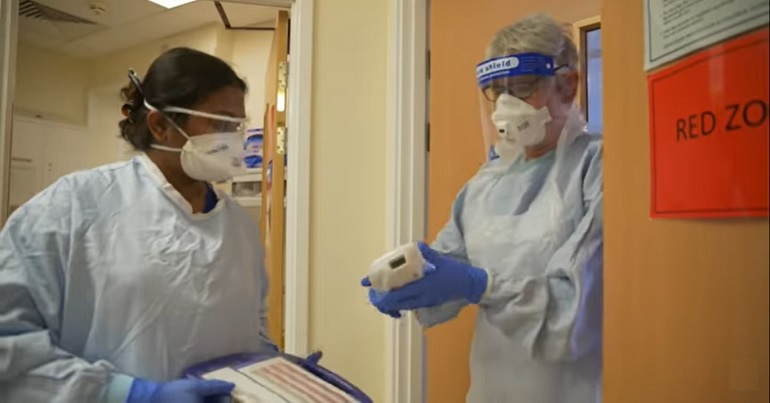 A multi-million pound personal protective equipment (PPE) contract awarded by the UK government to a family-run investments firm has set off alarm bells. Recipients for similar contracts include a recruitment agency, a sweets manufacturer, and a business that specialises in pest control products. A Labour MP has raised questions about one of these contracts. And litigation against the government has commenced.

Meanwhile, The Canary has conducted its own investigation into these matters. And what has been highlighted so far may well be just the tip of the iceberg.

Ayanda Capital Ltd (ACL), an investments firm that specialises in “currency trading, offshore property, and private equity and trade financing”, was awarded a contract by the UK government worth £252.5m to supply face masks. Yet their “business lines” suggest no history that this “London-based family office” produces or provides PPE. Although in its very prominent policy statement on modern slavery Ayanda does refers to supplies, but only in a general sense.

Ayanda is run by former Kleinwort Benson director Tim Horlick. It’s owned by the Horlick family via Milo Investments, a holding company registered in Mauritius. Ayanda senior board adviser Andrew Mills is also an adviser to the government’s board of trade (which is chaired by international trade secretary Liz Truss).

The following infograph, created by The Canary, summarises the wider connections with Ayanda Capital (open in new tab for a larger image):

inews raised the matter of the Ayanda contract with the government, but:

When asked if the Department was aware when it awarded the contract that ACL’s ultimate holding company is based in a tax haven and of Mr Mills’s role with the Board of Trade, a spokesperson said it does not comment on individual company business operations.

The government awarded PPE contracts to a number of firms that also appeared to have no history of sourcing or providing PPE that’s suitable for the NHS. For example:

But the firms quoted above are only the tip of the iceberg. Here is a list, as of 8 July, of all single-bidder contracts awarded by the UK government, with costs totalling just under £1bn:

With regard to a possible legal challenge by the Good Law Project (GLP) and Every Doctor Ltd (EDL) to how the contract to PestFix was awarded, the government’s legal department stated:

[PestFix] did not hold itself out as a manufacturer, but rather as an agent with the ability to source PPE stocks from producers in the Republic of China, where it had good contacts. It offered a range of products in substantial quantities, including isolation suits which could be available in as little as seven days.

The government’s Legal Department also took the opportunity to provide a detailed rebuttal of the criticisms levied against the PPE procurement programme:

Rather than focusing on the identity of the potential supplier, the validity of the offer was the key focus, thereby allowing smaller suppliers with strong contacts in PPE supply to offer the support the Government urgently needed. Equally, past experience in PPE supply was not considered a prerequisite, as other businesses (of whatever size) might also be able to leverage their manufacturing contacts to engage with foreign enterprises converting existing facilities to PPE production. While it was of course possible for DHSC to continue liaising with existing large-scale suppliers during this period (and indeed it did so, through NHS Supply Chain), the nature of the changed market conditions required the development of alternative sources of supply and it was appropriate not to impose unnecessary hurdles in the way of securing that objectives.

…over 600 contracts for PPE have now been concluded with almost 200 different suppliers; these range in value from under £1 million to over £100 million, amounting to some £5.5 billion in total. Full details of all these awards will be published in due course.

What makes this admission of £5.5bn shocking is that it dramatically shows the extent of the government’s lack of long-term planning.

Meanwhile, in a written question to health secretary Matt Hancock, Labour MP Justin Madders has requested that further details of the PPE supplies arrangement with Ayanda be published.

The Government’s response throughout the coronavirus crisis has been to hand more and more contracts to companies with no expertise or a poor record of delivery. From PPE to the test, trace and isolate system there have been a series of glaring failures from private companies who are found wanting on performance and value for money.

And not forgetting, too, the very serious matter as to whether PPE is being manufactured under conditions of modern slavery. A Channel 4 News investigation revealed the shocking conditions in which migrant workers making PPE items in Malaysia were forced to work. They were employed by Top Glove, which has over 40 factories worldwide and supplies the NHS via Polyco Healthline. Similar allegations were made against Supermax, the European arm of another Malaysian firm.

As regarding PPE preparedness, Labour MP and chair of the Public Accounts Committee Meg Hiller commented:

What has emerged…is a shocking gap in the UK’s planning in this emergency. We saw all of this coming, for months and in fact years. We could have planned for emergency procurement too — in reality there should have been no need to resort to rushed awards of potentially dodgy contracts. It’s not good enough to say, as seems to be the official line now, that the future will judge. The pandemic is still active now, and we’re at risk of a second wave.

Indeed, the real scandal is about not only how PPE contracts were awarded. It’s about the tens of thousands of lives that might have been saved had the proper equipment been available in the first place. These include the thousands of patients sent back to care homes where there was little or no PPE.