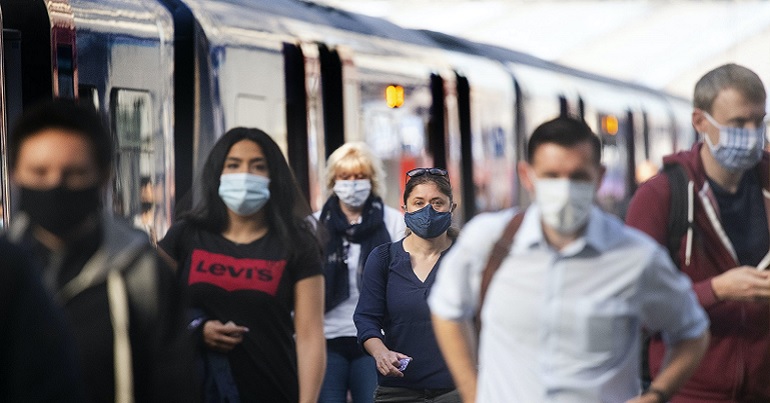 Amid the economic and social chaos of the coronavirus (Covid-19) pandemic, people who regularly use the rail network just got some potentially bad news. Because it’s looking likely that another ticket price rise is on the way.

Every January, train operators put some fares up. This is because the government allows rail operators to increase certain fares by up to the rate of Retail Price Index (RPI) inflation. Passenger Transport noted that:

Regulated rail fares, including season tickets and standard returns, make up almost half (45%) of all fares and increases are set by the government. Since 2014, fare increases have been capped at the previous July’s RPI figure. Regulated fares rose by 2.8% this January [2020] because this was the RPI level in July 2019.

The remaining tickets, including advance and peak long-distance tickets, can be increased at train companies’ discretion, so looking at fares as a whole, the average rise was 2.7% this year.

The government continues to use… (RPI) to calculate annual fare increases, rather than the accepted and more accurate measure of inflation, the Consumer Price Index (CPI). RPI over-estimates real inflation so consistently that the Office of National Statistics ceased using it as an official measure in 2013 and the government has already switched to CPI for most other sectors.

Now, PA News Agency reports, we know roughly how much fares will go up by in January 2021.

Price hikes on the way?

Howard Archer, chief economic adviser to the EY Item Club… expects July’s RPI to be 1.0%, while the latest forecast from website Trading Economics is for it to be unchanged from June at 1.1%.

The Office for National Statistics (ONS) will announce the actual RPI rate next week. But PA noted some example season ticket increases based on a 1% rise, such as:

They’re sweetening the deal for motorists whilst they’re punishing the poor old rail passenger. We want to encourage environmentally-friendly transport, not encourage people into their cars and having congestion. With social distancing, people are already incentivised to get in their cars. We fear that longer term it’s going to take quite an effort to get people back into the rail habit.

The government must act

Some devolved public transport does things differently. For example, in January, Welsh government-run Transport for Wales saw overall average price reductions of 1% across services. Transport for London has been freezing fares for several years.

So, it seems that a “record-breaking” recession and potential second wave of coronavirus isn’t yet enough to stop the private train operators’ profit-drive. And despite the government promising in 2018 to switch the increases from an RPI-led model to a CPI one, this still hasn’t happened. The government needs to act now to ensure that come January, swathes of people haven’t got another massive problem on their hands – on top of everything that’s happened in 2020 so far.