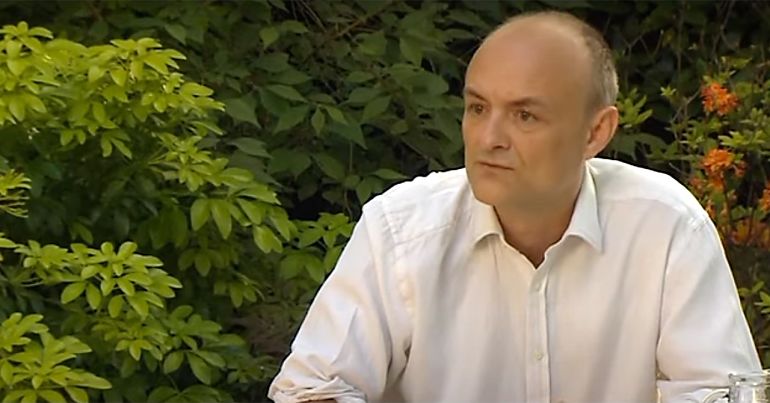 This article was updated at 6:20pm on 2 September to reflect an error. It previously stated that the judicial review of the changes to the women’s state pension age had involvement from the WASPI campaign, which was wrong. It was supported by the BackTo60 campaign.

The Conservative government has just revealed the details of a policy it set out in its 2019 party manifesto. As one journalist commented, the proposals are “terrifying”. It appears to show an intended attack on democracy. And once again, Boris Johnson’s aide Dominic Cummings appears to be at the heart of the story.

What are judicial reviews?

As the law firm Bryan Cave Leighton Paisner (BCLP) wrote in December 2019, the Tories pledged “judicial review reform” in their manifesto. Judicial reviews are a process whereby people can challenge in court the way government or public bodies make decisions; essentially their lawfulness. As the Public Law Project noted:

Judicial review is a form of court proceeding, usually in the Administrative Court, in which the judge reviews the lawfulness of a decision or action, or a failure to act, by a public body exercising a public function. It is only available where there is no other effective means of challenge. Judicial review is concerned with whether the law has been correctly applied, and the right procedures have been followed.

Public bodies like the government don’t have to listen to, or act on, the verdict in a judicial review. But they sometimes do. One example is the Department for Work and Pensions (DWP). Universal Credit claimants have previously challenged it and won. For example, severely disabled people who lost money when they moved onto the new benefit challenged that decision; a result which meant the DWP had to change the rules for all claimants who met certain criteria.

So, it may be of little wonder the Tories want to change judicial reviews. BCLP noted that the Tory manifesto said:

We will ensure that judicial review is available to protect the rights of the individuals against an overbearing state, while ensuring that it is not abused to conduct politics by another means or to create needless delays.

It also noted that this seemed to be in response to aspects of Brexit. Michael Dempsey wrote for BCLP that:

one cannot ignore the context of this General Election and the obvious driver behind this manifesto pledge – namely Brexit and the Conservative Government’s continuing ire at being found to have acted unlawfully in both its decisions to initially trigger Article 50 without recourse to Parliament and then, more recently, to prorogue Parliament itself. This background, combined with the explicit link in the manifesto with the failure to deliver Brexit and the suggestion that judicial review is politicised, suggests that the Conservatives envisage some more fundamental reform of judicial review. Could they perhaps be contemplating changes to standing or introducing a mechanism to strike out challenges that are deemed political? Or, indeed, taking some decisions outside the scope of judicial review altogether?

In July, the government announced an “independent review” of the process of judicial reviews. And on 1 September, justice secretary Robert Buckland officially put the announcement onto parliamentary record.

The government originally said in July that the review will be looking at:

The independent review panel consists of several lawyers, including its chair Lord Edward Faulks QC. He is a cross bench peer who previously worked in various roles for successive governments, including working as the minister of state for civil justice between 2013-2016. But, as Byline Times reported, Faulks is hardly impartial – because he was originally a Tory peer, having resigned the whip to become cross bench just before he landed the job as the head of the Independent Press Standards Organisation (IPSO).

Now, Buckland has put more meat on the bones about what the review will be doing. He noted in a statement that:

The examination of these issues will consider the balance of the legitimate interest of the citizen being able to challenge the lawfulness of executive action through the courts with the importance of the executive being able to govern effectively under the law. Moreover, it will consider data and evidence and relevant caselaw on the development of judicial review and consider whether reform is justified.

So, what does all this mean in layman’s terms?

In short, the Tories are trying to change the law to stop certain decisions they make as a government from being challenged. As the detail of the independent review said, courts have “blurred” the lines in judicial reviews between rulings on the “scope” of laws and rulings on whether decisions fit within them. That is, courts have been deciding on both whether the law itself is lawful and whether decisions taken under existing laws are lawful. The Tories want to narrow the scope of what issues can be brought to judicial review, because these challenges to government decisions stop, as Buckland said, its ability to “govern effectively” in its eyes.

But as is becoming increasingly the case, all roads in this ‘independent review’ appear to lead back to Johnson’s right-hand man Cummings.

All roads lead to Cummings

As Prospect Magazine reported, last year the Supreme Court ruled that the government’s prorogation of parliament was unlawful. This decision was made due to Scottish MPs bringing judicial reviews against the government’s decision. Prospect Magazine wrote that Cummings’ reaction to the decision was reportedly that he wanted to “get the judges sorted”. Former Tory MP (booted out of the party by Johnson) Dominic Grieve said that:

Cummings is in charge, and full of his radical zeal to pursue his culture wars further by curbing the power of judges.

Then, earlier this year and in response to a Court of Appeal ruling that halted a Jamaican deportation flight, Cummings said that the decision was:

a perfect symbol of the British state’s dysfunction

He added that the government must take:

urgent action on the farce that judicial review has become

And that the Court of Appeal decision:

shows they still haven’t understood what the last few years has been about, the country outside London is horrified but rich London is cheering the lawyers.

Much like the A-Levels fiasco and the government’s response to the coronavirus (Covid-19) pandemic, it appears Cummings is central to the judicial review story. But it’s also important to note that judicial reviews are, at present, not a magic wand when it comes to forcing the government’s hand. Currently, there are no “clear and manageable standards” to what courts can and cannot decide on during judicial reviews. This often means judges have to dismiss cases, such as the 2019 legal challenge against the DWP about the increase to the women’s state pension age, known as the BackTo60 campaign. Meanwhile, previous government cuts to legal aid have already made it much harder for people to take cases to judicial review.

While the system is far from perfect, and at this stage, the government is just conducting a review, it is clear that it is planning an assault on judicial reviews. And this is a cause for extreme concern.

Clearly not satisfied with railroading through coronavirus laws, they now want to curb the powers of the courts. This is another worrying step by a government presenting as more and more authoritarian by the day.