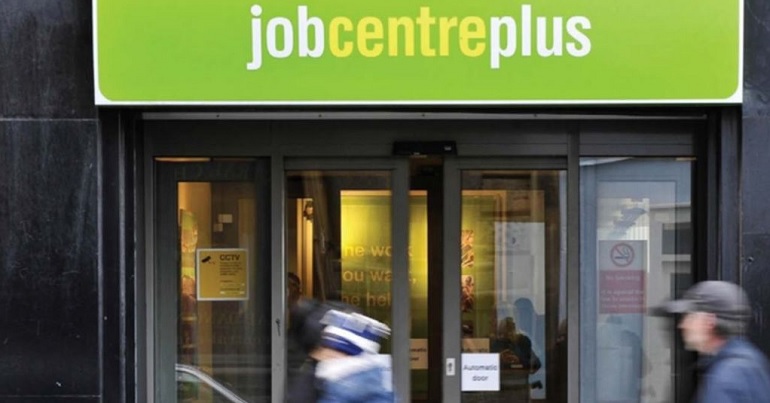 Parliament has revealed the latest youth unemployment figures. They paint a worrying picture for the future of hundreds of thousands of people. Because the coronavirus (Covid-19) pandemic has hit 16-24-year-old’s the hardest. And so far, government measures are falling short of preventing a lost generation of people.

The House of Commons Library has published figures for how many young people (aged 16-24) are out of work. It covers the period May-July 2020. But it also gives figures for unemployment-related social security claims for August.

It found that, for May-July, there were:

Another worrying piece of information was the number of unemployment-related social security claims for August. These figures showed 526,000 young people were claiming benefits. This was a 124% increase on March 2020; up by 291,000 people since March.

The report also looked at young people who were economically inactive. This includes people not in or not looking for work, including students. It found that 38.9% of young people fell into this category. The briefing noted that around three quarters of these were students. But delve deeper into the figures, and more concerning trends also emerge.

You can read the full briefing at the bottom of this article. Overall, the report found that:

Across the UK, it was the north east, parts of Scotland, the Midlands, the south plus the south west, and London  where new claims for unemployment benefits from young people had risen the most: 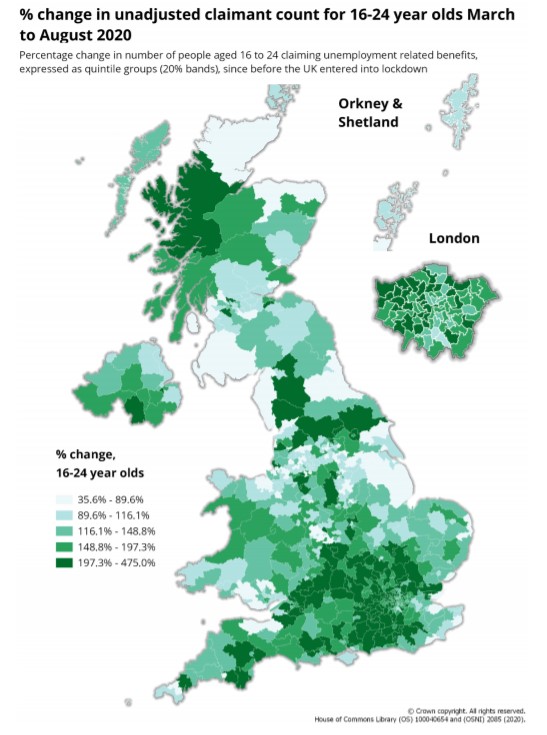 But the report also sheds light on how one government support scheme has been working. And it found that, at best, it was not helping everyone it could.

The report noted that:

The fact that 53% of eligible people had slipped through the net for the CJRS is of concern. Moreover, the report said:

All this seems to show that the government is failing to many young people affected by the pandemic.

As well as the CJRS, the government introduced the £2bn Kickstart scheme. It says it’s supposed to:

create hundreds of thousands of high quality 6-month work placements aimed at those aged 16-24 who are on Universal Credit and are deemed to be at risk of long-term unemployment.

But one analyst told People Management that:

Given we know that overall employment prospects are likely to deteriorate considerably over the next few months as a result of the closure of the furlough scheme and economic conditions, the government will need to consider additional support beyond Kickstart to boost the job prospects of 16 to 24-year-olds

On top of this, research by the Diss Mercury found that 72% of young people aged 11-25 in its region had been “struggling” with their mental health during the pandemic.

We cannot allow the situation for young people to spiral further out of control. It’s down to everyone to force political and social change, and quickly, to ensure that a whole generation is not metaphorically wiped off society’s map. The Tories seem to be letting this happen. We need to show them they can’t get away with it