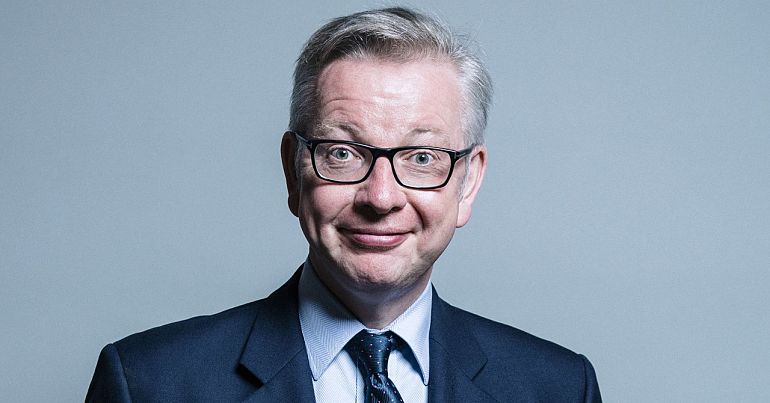 Earlier this week, cabinet office minister Michael Gove dropped a spectacular clanger when he inadvertently revealed that the Johnson government’s Brexit dealings are nonsensical. The phrase Gove used to describe the latest agreement regarding Brexit and the north of Ireland actually describes the situation before the referendum.

On 8 December 2020, Gove and European commission vice-president Maroš Šefčovič, co-chairs of the EU-UK Joint Committee, announced that certain clauses in the Internal Market bill relating to the north of Ireland would be dropped. This amounts to a huge u-turn by the Johnson government, particularly as only three months earlier Gove swore on his job that the government wouldn’t back down on the bill (and, presumably, any of its parts).

The Northern Ireland Protocol, published in 2019 as part of the EU Withdrawal Agreement, provides further details. Crucially, the protocol “avoids a hard border between Ireland and Northern Ireland, and safeguards the all-island economy and the Good Friday (Belfast) Agreement in all its dimensions”. That protocol will only last four years, after which it’s subject to renewal.

“Best of both worlds”

Gove triumphantly announced that the changes will mean:

Businesses in Northern Ireland now get the best of both worlds, access to the European single market and at the same time unfettered access to the rest of the UK market.

But as Dr Mike Galsworthy, founder of Scientists for EU, pithily remarked:

Hold on. This “best of both worlds” scenario is exactly what we had in 2016. So WTF have we just burned £200bn on Brexit for? Some fish?? pic.twitter.com/3mp6wLdJtf

And Scottish National Party (SNP) MP Ian Blackford commented that if the north of Ireland can have the “best of both worlds” then so should Scotland:

📽️: Northern Ireland is getting "the best of both worlds". Why then is @BorisJohnson denying Scotland access to the EU single market and customs union? We are being utterly shafted. Even @ScotTories warned about this, we all await their letters of resignation… #Brexit #PMQs pic.twitter.com/kZqtVKVfiM

Moreover, if the north of Ireland remains in the EU single market, that may add to the argument for an eventual united Ireland.

But this “best of both worlds” when applied to Brexit is not some new notion. Far from it, for the phrase was the title of a white paper presented to the UK parliament in February 2016, with a foreword by then prime minister David Cameron.

The full title of the white paper was The best of both worlds: the United Kingdom’s special status in a reformed European Union. It argued that the UK should remain in the EU, given certain reforms within the EU.

Our special status gives us the best of both worlds. We will be in the parts of Europe that work for us – influencing the decisions that affect us, in the driving seat of the world’s biggest market and with the ability to take action to keep our people safe. But we will be out of the parts of Europe that do not work for us. So as well as being out of ever closer union, we will never join the euro and never be part of Eurozone bailouts or the passport-free no borders area.

Leaving Europe would threaten our economic and our national security. Those who want us to leave cannot say if British businesses would be able to access Europe’s free trade single market, or if working people’s jobs are safe or how much prices would rise. All they are offering is risk at a time of uncertainty – a leap in the dark. I do not believe that would be right for Britain.

My recommendation is clear: I believe every family, household, business, community and nation within our United Kingdom will be stronger, safer and better off by remaining inside this reformed European Union.

Meanwhile, the negotiations between the UK and the EU in regard to what happens after 1 January 2021 are continuing. There may only be days to go before those negotiations cease, with only a no-deal option remaining and the consequent massive hit to the already coronavirus-ravaged UK economy.

But the glaringly obvious question remains: if Gove admits that the north of Ireland will get the “best of both worlds”, then why not the entire UK too? Indeed, Gove’s inadvertent admission arguably equates to a damning of the entire Brexit deception, exemplified by the lies sold by the Vote Leave campaign that he and Johnson fronted.