There is a growing number of voices now publicly criticising Labour’s ongoing purge of Constituency Party (CLP) members. And it’s surely going to be difficult for the leadership to ignore them, however much they try.

The Canary has been reporting on the growing number of people the party machinery is suspending. In the South West, it has clamped down on some high-ranking officials from Bristol CLPs. In Bath, the party has put a stop to a meeting to elect new officials. It also barred all motions there, except one which (ironically) marked the death of George Orwell. Then, the party suspended Liverpool Walton CLP’s secretary Alan Gibbons, a prominent member and community activist.

SKWAWKBOX has been providing running analysis of the situation. In developments on Saturday 19 December, it wrote:

Officers [of] at least thirteen CLPs suspended over a period of just two days, as the party flails against its most valuable asset: the members who work and have worked hard on the ground, often with little support from the party machine

So, why is the party doing this? Back in November, it sent an internal memo out. SKWAWKBOX reported that it stated that “all motions which touch on” the “issues” surrounding Jeremy Corbyn “must be ruled out of order”. In other words, CLPs must throw out any motions relating to the former Labour leader.

But now, suspended members and their supporters are going public with their anger.

A “punch in the guts”

Momentum tweeted a video from Gibbons. In it, he said:

Across the country, ordinary members and socialists are being unjustly suspended by Labour Party staff – simply for standing up for the democratic rights of local parties to organise and debate freely. So when I found out that I had been suspended…  with no evidence, it felt like a punch in the guts. It’s not easy to feel like you’re being driven out of a party you’ve given so much to.

The unjust suspensions of ordinary Labour members like @mygibbo, with no evidence, is an affront to democracy and an outrageous attack on hardworking Labour activists across the country who have given years of their lives to elect a Labour Government.#SocialistsAreHereToStay pic.twitter.com/kZXbEQ784C

An “outrageous attack on democracy”

Meanwhile, the party has suspended the chair of South Thanet CLP. Norman Thomas claims it did this because of his support for former leader Corbyn:

Thomas said in a press release:

I’ve been given no specific reason for my suspension but this is happening to people in local Labour parties across the country who’ve expressed support for Jeremy, so it doesn’t take a genius to work out what’s going on. This is a purge of Jeremy’s supporters — and it is absolutely unjust and appalling.

People are being stamped on because they dare to speak out, because they are expressing their opinions. Doesn’t matter what party it is, this is an outrageous attack on democracy.

With the Covid crisis and the lockdown we will be facing a tidal wave of unemployment and social problems and challenges to our health system. Just when our local members need to be fighting at top capacity to help people at this terrible time, the national party decides to deliver this shattering blow to us.

Starmer is ‘destroying’ what people have ‘worked to build’

In just 9 months, Starmer has destroyed what we have worked tirelessly to build in Newton Abbot over the past years. We are an area the party does not care about, but still campaigners come out and work hard for the party.

Now is not the time to be silent.

A running theme with Gibbons, Thomas, and Hall is that they believe suspended members should stay and fight. The belief that the suspensions are due to people’s support for Corbyn is also recurrent.

Some separate, yet potentially related suspensions have also caused anger. Prominent member Andrew Feinstein has recorded a video for Red Labour. In it, he said that:

To me, as a Jew, the son of a Holocaust survivor, the way in which antisemitism has, in my opinion, been abused by the Labour Party to fight factional battles is of deep concern to me.

Nelson Mandela (AF’s former boss) “would be unable to voice his unequivocal support for the Palestinian people & his criticisms, & they were harsh criticisms, of Israel in a Labour Party branch… for fear of being labelled racist.”pic.twitter.com/93dXOLIMUn

There are at least 35 recent or on-going investigations by the party targeting Jewish members on grounds related to antisemitism. At least 11 Jewish members have been suspended or expelled on such charges.

A number of Jewish members the party is investigating have written an open letter. It said:

We are appalled by the large and growing number of Jewish members of the Labour Party – including ourselves – who have recently been subject to disciplinary proceedings related to alleged antisemitism. This fact alone – over and above the trumped up and politicised nature of the charges – makes a mockery of Keir Starmer’s commitment to ensuring Labour is a safe space for Jews.

It is now abundantly clear that this commitment does not cover discrimination against Jewish socialists. 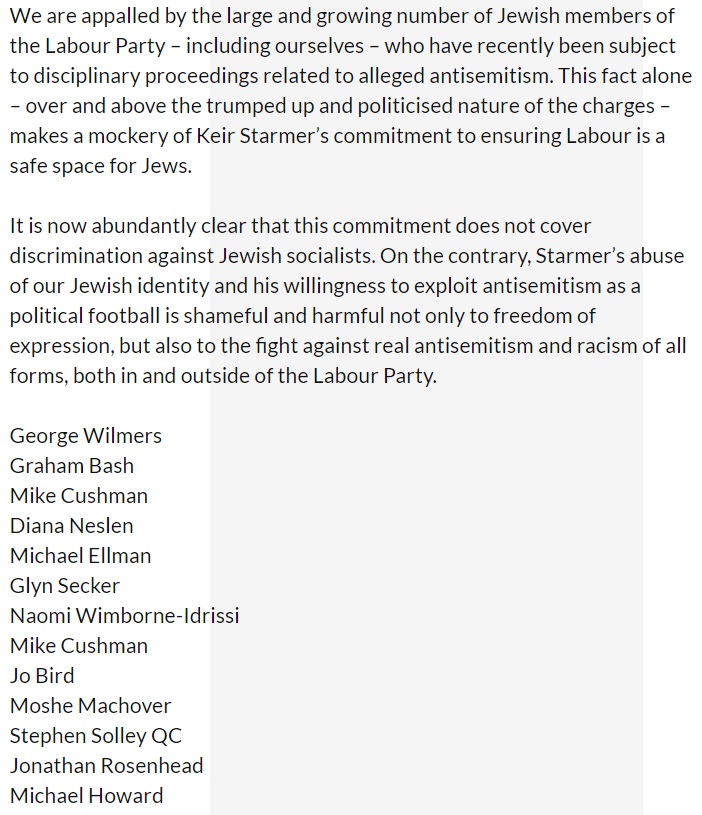 The Canary is working on a project. We’re mapping CLPs that are resisting the main party line. You can view our interactive map here. On it, you can see the number of CLPs that oppose the main party’s stance: 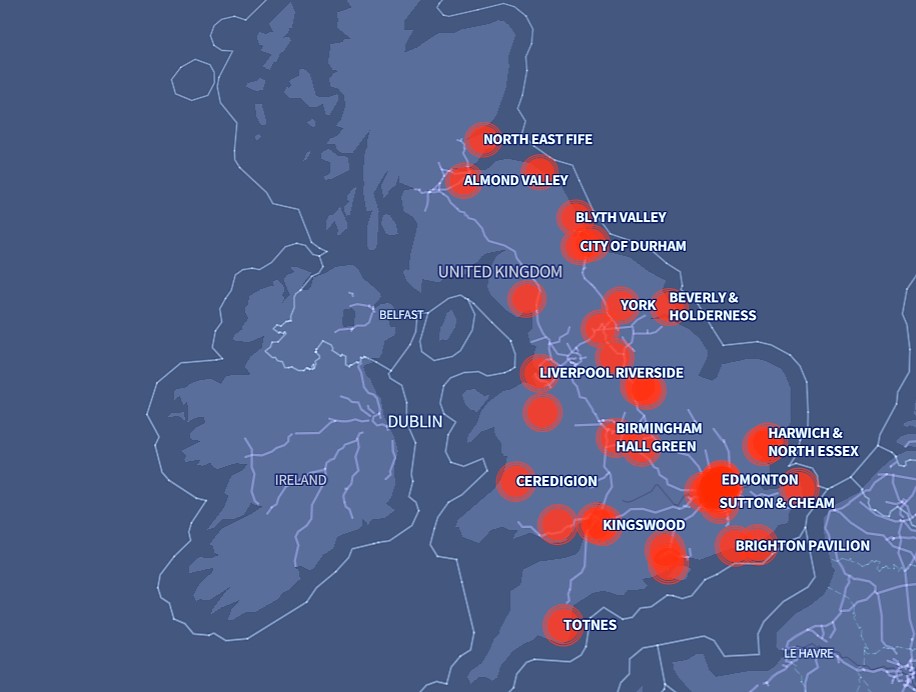 We want to keep this project up-to-date. So, if you’re a member of a CLP that has recently passed a motion that goes against the party line, contact us. You can speak to Emma Guy by emailing emma.guy(at)thecanary.co

Who knows how many more CLP members the party will suspend before Christmas? It looks like the start of 2021 is going to be a chaotic and troubling one for Labour. The Canary will continue to keep abreast of the ongoing ‘purge’ against committed socialists in the party.