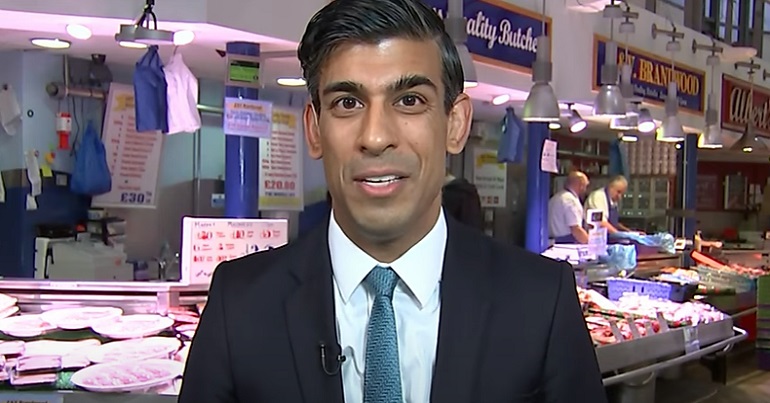 The effect of Rishi Sunak’s budget has potentially become clear. Several think tanks have calculated that despite measures around things like Universal Credit, the poorest people in the UK will still be worse off. And the picture is even bleaker for the most deprived of all of us. Because the think tanks have not even been able to quantify just how much worse off the most destitute in society will be.

The budget: losers and losers?

The Canary previously reported on Wednesday 27 October’s budget. It noted that Sunak made some changes to Universal Credit and the National Living Wage. These included reducing the Universal Credit taper rate from 63% to 55%. Sunak tweeted that the taper rate:

withdraws support gradually as people work more hours. It is currently 63%, so for every extra £1 someone earns, their Universal Credit is reduced by 63p.

As The Canary noted:

Around 5.5 million families were hit by the £20-a-week cut to Universal Credit. So, over 3.6 million of them, including many sick and disabled people, are still worse off – because the changes to Universal Credit will only affect 1.9 million people. Moreover, as The Canary previously reported, the £20-a-week uplift was inadequate to begin with. With inflation continuing to rise, the value keeps diminishing.

Think tank the Resolution Foundation has crunched the numbers further. As it summed up:

Around 75 per cent of the 4.4 million households on Universal Credit will be worse off as a result of decisions to take away the £20 per week uplift despite the Chancellor’s new Universal Credit measures in the Budget.

But the devil is in the detail. And the Resolution Foundation have found that the negative effect of the budget varies depending on how poor you are.

Overall, the changes in Universal Credit don’t fully make up for the loss of the £20-a-week uplift for many. The poorest people are set to lose the most: 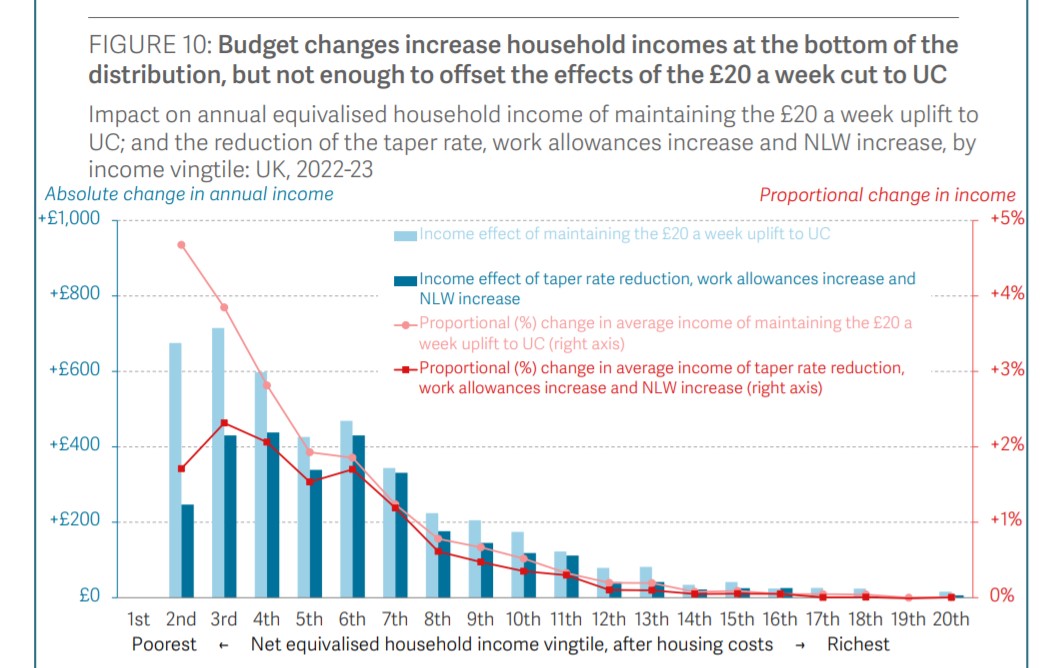 The budget also hits poorer lone parents on Universal Credit. The Resolution Foundation says that a lone parent with one child who works 20 hours at the minimum wage will actually be £5 a week worse off by April 2022: 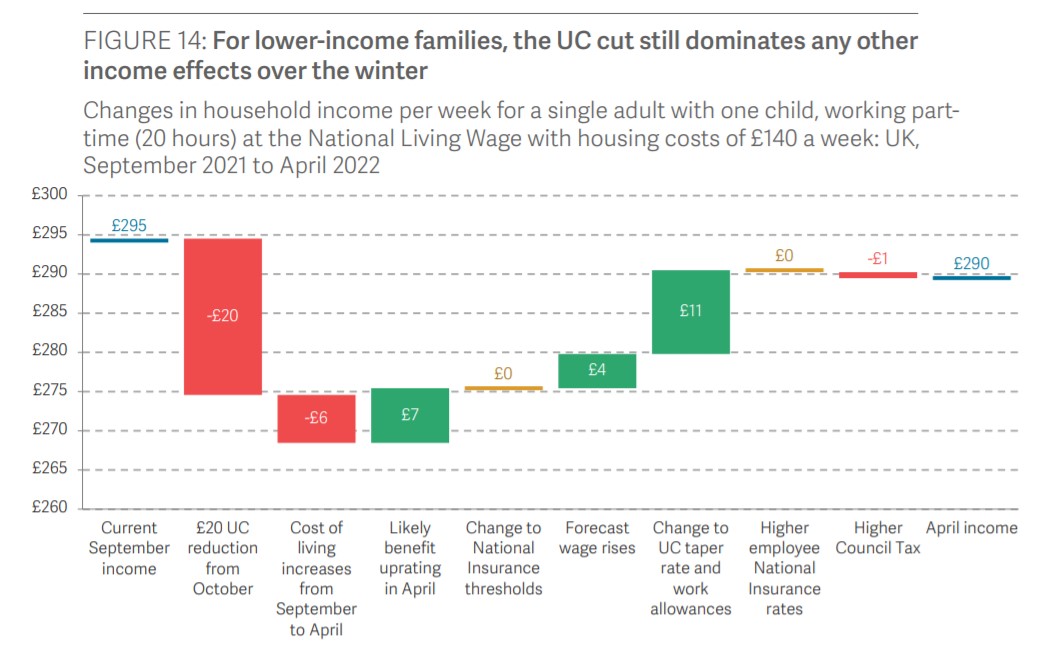 A single adult not working will be £20 a week worse off: 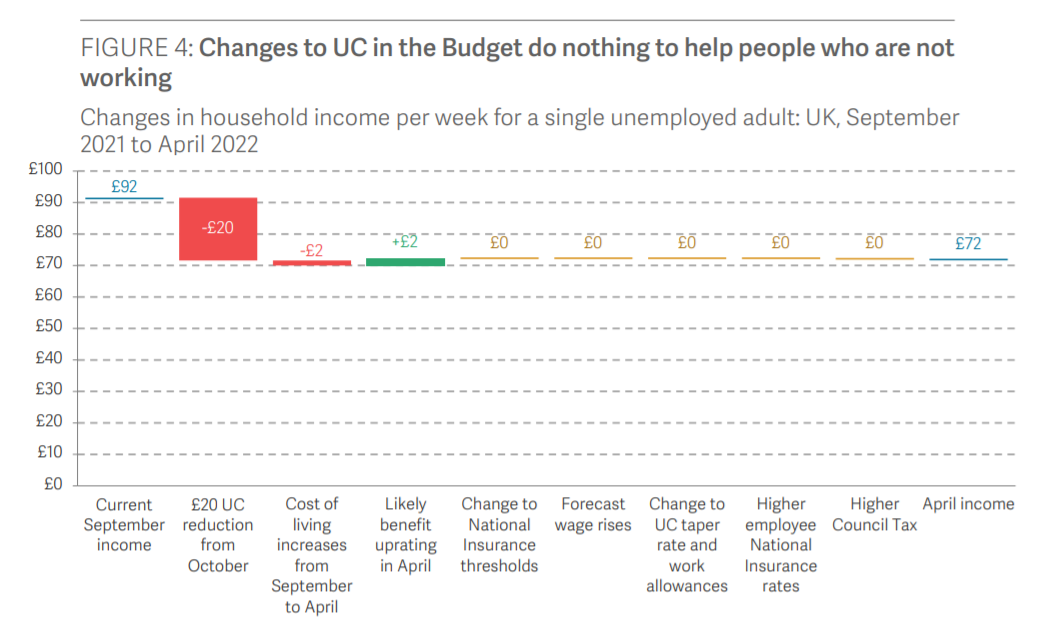 A couple with two children, where one adult works full time on the minimum wage, will only see a £4 weekly increase in their money: 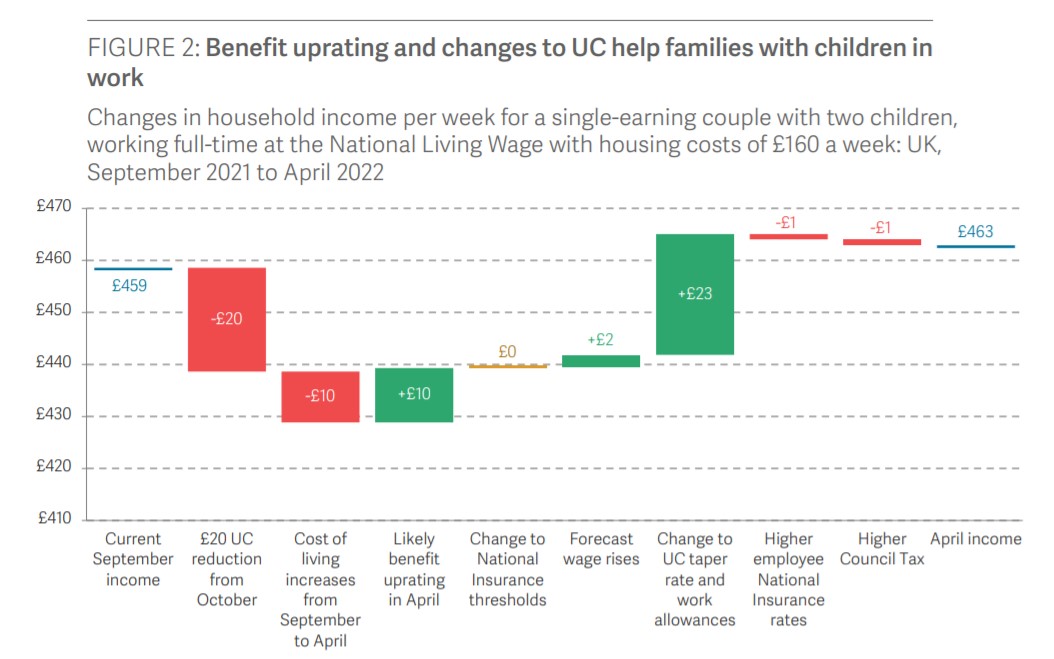 However, the Resolution Foundation didn’t look at is the poorest 5% of households. It breaks its analysis down into 20 income brackets. But it says that:

We exclude the bottom 5 per cent, due to concerns about the reliability and volatility of data for this group.

The New Economics Foundation’s analysis also paints a similar picture. It found that:

And it said that if Sunak had kept the £20-a-week uplift, this:

would have prevented 300,000 more people from being pushed into poverty this winter.

But like the Resolution Foundation, the New Economics Foundation did no calculations for the bottom 5% poorest people. So, while the negative effects of the budget are stark for some of the poorest people, how it will hit the most destitute in society is still unclear.

The most destitute, forgotten?

The Institute for Fiscal Studies (IFS) gave some indication of who would be affected and the scale of it. As it noted:

The position of those out of work, especially those without children, remains precarious indeed. No increase in out of work benefits [so-called legacy benefits like Jobseeker’s Allowance, JSA] for the childless unemployed for half a century leaves their living standards dramatically trailing those of the working majority. The gap between the generosity of the furlough scheme and the meanness of our out of work benefit system could hardly be more stark.

In other words, people on social security like JSA and Employment and Support Allowance (ESA) are hit the hardest, and these people may well be in the other think tanks’ missing bottom 5% bracket. It’s of concern that neither the Resolution Foundation nor the New Economics Foundation gave this data. Because as The Canary previously reported, 1.9 million people on these legacy benefits are sick and disabled people – who should be protected by the Equality Act.

It seems that after over ten years of austerity and then the coronavirus (Covid-19) pandemic, the poorest people in the UK will now face another decade of misery. Sunak’s budget has done little for those lower down the UK’s economic pecking order. But it’s done the least for those that are on the bottom rungs of the system through no fault of their own. Sick and disabled people and the country’s poorest individuals have been thrown under the bus by a government intent on pushing people to the fringes of society.