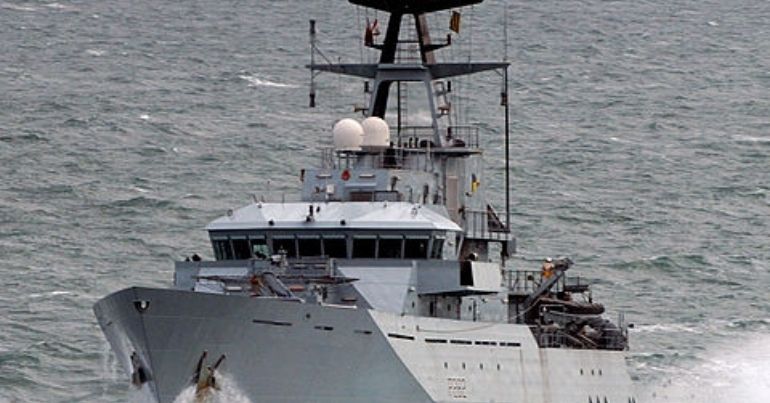 The French are causing intense anger among people with Winston Churchill as their profile picture. The latest row over post-Brexit fishing rights has also seen the French ambassador summoned to explain after a trawler was impounded.

The Guardian reported that the French are angry the UK will not renew licences. In response, the French have allegedly said they will clog British imports in red tape, ban UK ships from French ports, and stop energy supplies.

A defence source told the paper there had been no request for military support. But they added:

Union Jack Twitter was very sad about the whole issue. A number seemed very keen to get a war over scallops rolling as quickly as possible.

Nigel “Up The RA” Farage led the way (obviously):

British trawler impounded by the French.. Why don't we do the same to them when they come inside 6 miles next time?

This morning, a man named Steve with a Labrador as his profile picture (and a Spitfire in his header image) wanted French ships sunk:

@GBNEWS France has acted aggressively towards the UK by unlawfully impounding a British trawler, we should hit back, our royal navy should sink a few french trawlers, stick it up em👍😎🇬🇧🇬🇧🇬🇧🇬🇧🇬🇧🇬🇧

Elsewhere, Peter (who loves a pint of ale going off his profile picture), said Boris Johnson needed to sort it out. He also worked in a sad lament that the PM hadn’t sorted out ‘illegal immigration’ like he said he would. How could you, Boris?

@BorisJohnson You said that you would use the Royal Navy to protect our fishing waters and our trawlers, but just like the promises you made about illegal immigrants you have done nothing. pic.twitter.com/vQ9lbDxG6c

The self-appointed People’s Villain, who seems to be living in 1066, offered his own completely normally solution: the Royal Navy should take French trawler crews hostage. Okay, mate:

The Royal Navy should immediately start taking French trawlers from the Channel. We can use them in future hostage exchanges.

When are you setting sail to protect our Trawlers/fishing boats, RN has a excellent history against the French, how would Churchill or Nelson feel. Our Nation is proud. Protection of us all.

In a much earlier tweet, Phil spoke (probably) for the nation when he said what Britain needed was “Churchill on acid”. Absolutely here for that, to be fair:

Churchill on acid… could do with him now, sadly no replacement.

The last time a Fish-mageddon situation developed was May 2021. At that time, it was reported that an entire flotilla of French ships was headed to UK waters to cause mischief.

Readers may recall the incident culminated in one absolute legend from the local Jersey reenactment society symbolically firing a musket out to sea:

A member of the Jersey Militia reenactment group was seen firing on the French boats with a musket from Elizabeth Castle this morning.

It's after the flotilla of French fishermen who blockaded Jersey's main harbour returned to open water.https://t.co/0nY4Kja6uw pic.twitter.com/rQQ4yPHvxd

One can’t help but wonder why people would want fish from UK waters right now anyway given the amount of raw sewage that’s been pumped into the sea under the Tories’ watch.

Nevertheless, it seems there are legions of angry, conservative men over 50 ready to defend our poo-filled waters to their last drop of ale. As long as they can do it via Twitter, obviously.