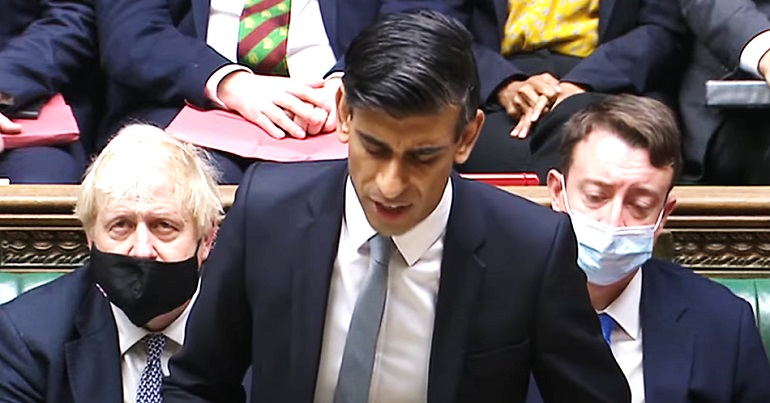 Rishi Sunak’s autumn budget made no mention of the Department for Work and Pensions (DWP) until the end. And when the chancellor did announce changes to social security as his grand finale, he threw millions of people off a financial cliff.

withdraws support gradually as people work more hours. It is currently 63%, so for every extra £1 someone earns, their Universal Credit is reduced by 63p.

So, the chancellor has decided to cut the taper rate to 55p:

We'll introduce not in April as normal but within weeks, and no later than December 1st.

This will be cold comfort to countless families.

Around 5.5 million families were hit by the £20-a-week cut to Universal Credit. So, over 3.6 million of them, including many sick and disabled people, are still worse off – because the changes to Universal Credit will only affect 1.9 million people. Moreover, as The Canary previously reported, the £20-a-week uplift was inadequate to begin with. With inflation continuing to rise, the value keeps diminishing.

Of course, the projected rate of inflation is set to rocket to 4.6% by April 2022 and energy costs are spiralling. Meanwhile, Sunak increasing the National Living Wage by 6.6% won’t necessarily help the hundreds of thousands of families with self-employed workers who claim Universal Credit. Couple that with the re-introduction of the Minimum Income Floor (what Universal Credit thinks people should earn and then assumes they do, adjusting their payment accordingly up or down) and Sunak’s increase in the taper rate may well be of cold comfort. Plus, an increase in Universal Credit may well reduce people’s other benefits like Council Tax Relief, because it’s based on your net Universal Credit award (the higher that is, the less council tax help you get).

No support for sick and disabled people

Additionally, Sunak has so far done nothing for people on legacy benefits like Employment and Support Allowance (ESA) and Carer’s Allowance. As one Twitter user pointed out:

Thanks for all the help you’ve given to us on #legacybenefits and the #unpaidcarers we don’t need to survive, it’s fine. You go and find someone else to do the jobs we do, oh wait…you rely on us! Start fucking paying us!!!

Around 1.9 million sick and disabled people on legacy benefits did not receive any more money during the coronavirus (Covid-19) pandemic. Nor did many carers. All they got was a tiny increase in their social security payments.

But the government knows this. Moreover, its own analysis showed that with all the budget measures combined, the poorest people (including sick and disabled) would by no means benefit the most – despite the Universal Credit announcement: 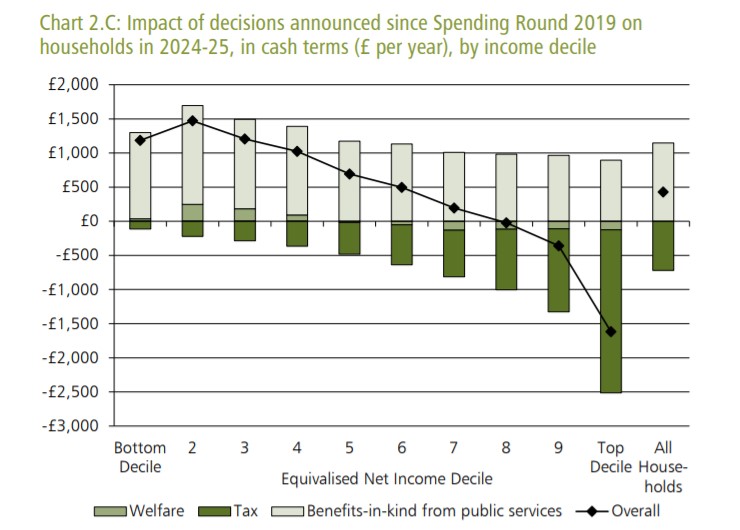 Overall, the budget detailed a 1.3% real terms increase in the DWP budget. It also said the government would complete the rollout of Universal Credit by March 2025 – eight years later than planned. This coupled with the reduction in the taper rate perhaps shows how dire Universal Credit has become. The people who designed the system, including former DWP boss Iain Duncan Smith, predicted government savings – which have been marginal at best.

The government has also contradicted its own logic for why it cut the £20 uplift in the first place: that it was just for the “economic shock” of the pandemic. Clearly, it knows that the financial strain on families is still there – but is still only willing to make minute changes.

So, overall, Sunak’s grand finale to the budget of tinkering with Universal Credit won’t actually help at least 5.5 million families – many of them sick and disabled. Moreover, it’s just a continuation of a system that has been doomed to failure from the outset.

Of course, Sunak’s willingness to throw sick and disabled people over a financial cliff should not be a surprise. Previously, he made it explicitly clear that additional social security support during the pandemic was intentionally only for workers. But with the UN once again preparing to investigate the UK over sick and disabled people’s human rights, the chancellor intentionally making these people second-class citizens may not go unnoticed. For the time being, though, his budget was little more than hot air for some of the poorest people in the UK.