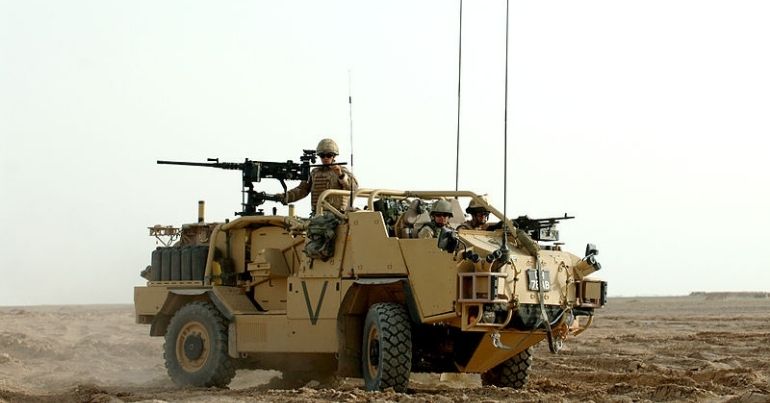 Labour published a dossier on Tory defence spending this week. It shows the Tories have wasted billions of pounds on military projects over the last ten years. But the report isn’t quite the ‘gotcha’ Labour thinks it is, because the party isn’t much better itself. This is especially true when it comes to its own military plans.

There’s no doubt Labour’s Dossier of Waste makes some good points. It lists multiple, terrible examples of massive sums being wasted on defence projects. Some of the most ridiculous include:

Clearly, Labour has a point. There does look like massive waste. And according to the report:

None of its [the MOD’s] 36 major projects are rated ‘green’ – meaning that the project is on time and in budget – which makes it the worst performing department in Whitehall, with the lowest proportion of projects rated green.

Labour is “completely missing the point”

But there’s more to this debate than Labour = good and Tories = bad. Labour’s alternative vision also has shortcomings. For a start, it leaves out the massive cost of the wars which Labour started in Iraq and Afghanistan.

Labour calling for ‘better management’ of vast and wasteful spending on increasing militarisation is just completely missing the point.

Britain needs to spend on health, on climate change, on infrastructure – meeting the needs of the people, not ratcheting up global tensions and pouring money into military hardware.

It is a travesty for Labour politicians to complain that we need nuclear warheads developed more quickly and more tanks aimed at killing working people in other countries.

They should be arguing for less money on militarism and weapons, and more on housing, education and healthcare.

She added that it was time to learn the lesson of recent wars:

That would both improve the security of millions of people and show recognition that the 21st-century wars have only made the world much more dangerous.

Clearly, Tory overspending on military equipment is a real problem. Yet, according to some, Labour is hardly likely to be better. What’s needed is an entirely different approach to accountability. We also need an entirely new set of spending priorities. Priorities which move away from massive military projects and towards real-life, bread-and-butter security issues like health, transport, and education.