Gypsies, Roma and Travellers portrayed negatively and inaccurately in the press, report finds - The Canary 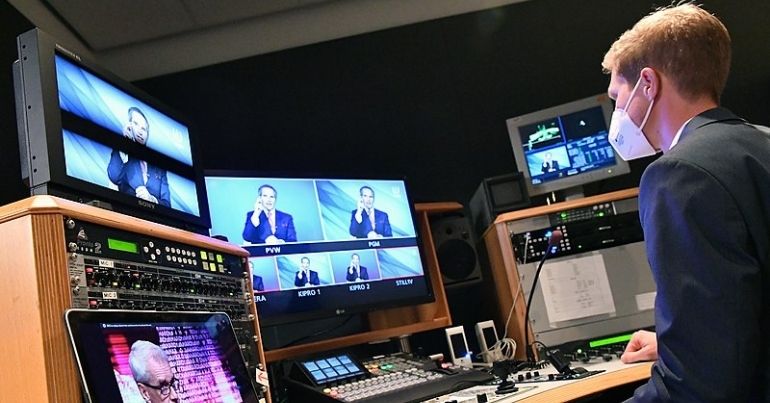 Gypsy, Roma and Traveller (GRT) people in the UK are subjected to grossly inaccurate media portrayals, a new report claims. Additionally, biased reporting means the public often don’t understand GRT issues. The Media That Moves report is a joint effort by London and Leeds-based Gypsy and Traveller organisations. The report examines how media portrayals impact GRT lives. But it also tells us what is wrong with the media as a whole.

The authors argue that deeply ingrained and damaging untruths about GRT people are constantly repeated by the powerful, shaping public perception for the worse:

Media coverage, public comments and statements from those in positions of power all reveal deeply ingrained misconceptions about, and prejudice against, Gypsies and Travellers. These are extremely damaging.

And these misconceptions have serious impacts on the lives of GRT people:

They influence interactions and policy, leading to further deprivation, alienation and poor mental health in the Gypsy and Traveller community. Our organisations have a painful understanding of the impact that media representation has on communities.

The report found that of 365 stories published over three years, more than half were in the Daily Mail and Daily Express. The authors said this shows “a tabloid campaign to over-represent, as well as mis-represent, Gypsies and Travellers.”

A majority of stories were about allegations of crime by GRT people and issues around GRT campsites. And stories written by GRT people were rare. Outlets such as the Guardian and the Independent did more diverse stories overall and gave more space to GRT writers. But these were outweighed by the right-wing tabloid media. And one journalist was quoted as saying the BBC, for example, were afraid of seeming too liberal in their coverage:

It actually did cause some quite rigorous conversations in the newsroom, where it was felt very much that actually we can be too soft on Gypsies and Travellers.

The report found that GRT people are reported on in ways which would never be tolerated for other ethnic groups. As a result many people did not even understand that GRT are unique, protected groups:

It is still socially acceptable to report on Gypsies and Travellers in a way that would not be tolerated if it was any other ethnic group. And, because media reporting is so poor, there is very little public understanding that these are protected ethnicities, with culturally significant ways of life, that have been part of our culture for centuries, and that most people in these communities now live in houses and pay tax.

The study suggests reporting on GRT matters is subject to cheap moral outrage and that GRT news is made overly dramatic. Additionally, GRT stories are often churned out as clickbait rather than being critically researched.

The report identifies a number of problems with media culture which make things worse. Such as lack of control which can lead to bad interviewers taking words out of context. As well as the nature of social media trolling. They also lament the use of images of litter and poverty for stories about GRT topics.

The “pale, male and stale” demographic of news editors is also a problem. The reports argues that older, white, male editors tend to not understand issues of race and representation. And diversity initiatives often don’t include GRT people:

It’s common for media outlets to have big equality and diversity initiatives, but these don’t usually explicitly extend to Gypsies and Travellers, and nor do they necessarily impact editorial decisions.

One journalist suggested improvement was partly an issue of power and workplace democracy. Bottom-up change is also tough given low union density in many media outlets:

Depending on how well unionised the paper is, that also determines how much the staff can have an input.

Prejudice informs policy, as the authors point out. And nowhere is this more apparent than the Tory’s Policing Bill. Critics have long warned that GRT people’s way of life will be criminalised by the legislation.

It has direct parallels in history. In 1936, the Nazis passed a similar decree, which said that all Romany should stop traveling so that they can be kept an eye on by the police. This is the beginning of that thin end of the wedge of persecution. And we’re resisting it with everything we’ve got.

Media That Moves indicts press coverage of GRT people, but it also does a lot more. The report is a wide-ranging critique of the British press. And GRT misreporting can’t be separated from the grim state of British journalism. Bad editors, media tycoons, hard-pressed journalists, clickbait over proper critical research, a lack of press regulation – all of these shape how the public see the world. And at the moment, they shape it for the worse.

Featured image via Wikimedia Commons/Adam Calma/IAEA, cropped to 770 x 403, Licenced via CC BY 2.0.