Why should victims suffer because politicians fear to act? 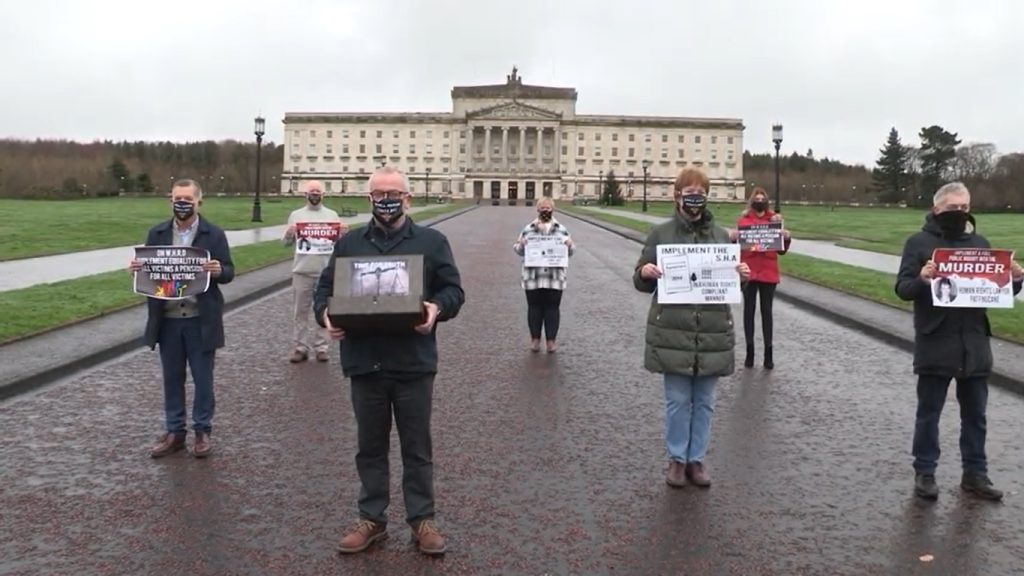 At the start of this month, victims’ campaigners from the north of Ireland spoke to The Canary. They told us how the victims of the 30-year conflict have been dishonoured since the signing of the Good Friday Agreement (GFA) in 1998. This is mainly as a result of the British and Irish governments’ failure to properly investigate and prosecute the perpetrators of murderous acts during that conflict.

The decades-long dishonouring of victims was compounded by the UK government’s July 2021 command paper. The paper proposed an amnesty from criminal prosecution for all combatants of the conflict. Furthermore, it demonstrated Britain’s clear intention to hide the clandestine role it played in fuelling the conflict. As a result of this intransigence and belligerence, it’s been next to impossible for the victims and their loved ones to move on with their lives.

This week, The Canary continues speaking with campaigners from different communities. We speak with Ciarán MacAirt of Paper Trail and Raymond McCord of the cross-community Truth and Justice Movement. They explain why they feel the inaction of 24 years since the signing of the GFA has failed and “ignored” the people they represent. In particular, they single out ‘cowardly’ establishment politicians, all over Ireland and the UK, for their deception and inaction.

The past isn’t past

MacAirt is also the grandson of two of the McGurk’s Bar bombing victims in Belfast on 4 December 1971. He told The Canary that his campaign work involves working with people and communities who have “lived experiences of the conflict”. In doing so, he deals with people:

I know that victims and survivors of the conflict would actually get quite angry and upset and hurt if and when people start talking about ‘drawing a line in the sand’ – as if their lives and their lived experiences mean absolutely nothing – and we can move on. Now you and I know that you can’t move on, not only as individuals but as communities and as a society.

And MacAirt also took aim at the Irish government when he said the “British state is not alone in this”:

people in and around the border [between the north and south of Ireland] regions from the unionist community would be very concerned that there was collusion, at whatever level, between [Irish] republicans and members of the police force in and around that area.

Justice campaigners from the unionist community, according to MacAirt, feel that:

Moreover, he feels “the Irish government really took its eye off the ball”, as:

there was a long period of time when Irish government had little concern for the political arrangements or any relationship with the north… In the interim period the British government, which we knew was partisan anyway…has been allowed do whatever it wanted…[the Irish government] should have been more involved.

A reflection of Britain’s colonial atrocities

long history of British government perfidy as far as dealing with Ireland is concerned and dealing with every agreement that it makes.

It’s not just when it comes to Bloody Sunday, McGurk’s Bar, and so many other British massacres in the north of Ireland that they can’t be trusted. It’s also when dealing with:

Kenya, Malaya, Batang Kali…incidents that have happened after the second world war and are still going through British courts…they’re still fighting the same powers that be that we’re fighting in the north of Ireland…it’s the same beast.

Then, speaking about today’s UK government, he added:

You’re dealing with a right-wing government where truth doesn’t matter in any form, where the mask has really slipped and these people are standing in front of the British parliament and lying on a daily basis. They have killed, because of their policies, around about 130,000 of their own people because of poverty…

[So] we’re looking across the water and seeing a right-wing British government that has so little concern for its own people that we know that it has even less for our communities in the north-east of Ireland.

Raymond McCord comes from a loyalist background. However, it was loyalist paramilitaries (the UVF) who murdered his son in 1997. When asked how victims of the conflict have been treated in the last 24 years, he had just one word – “ignored”. He said victims, instead of the perpetrators, are treated as the problem and that needs to change. And the current post-conflict “political agenda” needs to become a “victims’ agenda”.

He feels the main political parties – Sinn Féin and the DUP – are “not helping”. Both he and the campaigners he works with believe:

political parties have failed us. It’s time all the parties, but in particular Sinn Féin and the DUP, listened to the victims…victims should determine victims’ issues, not politicians

McCord said a key point in the GFA was the release of republican and loyalist prisoners. To him, this demonstrated that “from day one victims were second class”. He believes, had there been a referendum on prisoner release, the majority of victims’ families would have voted to “keep them in jail”. He said the release of prisoners was the reason he voted against it in 1998.

McCord adds that since the GFA was signed, subsequent agreements to deal with the past:

have meant nothing, they haven’t done anything.

As far as McCord’s concerned, he doesn’t understand why several agreements are needed to say:

murder’s a crime and should be investigated, no secret deals…take the politics out of it.

Loyalist paramilitaries are benefiting from ‘peace’

He says that since the 1998 GFA, the unionist community has received funding from both the EU and Dublin. But some of the people in receipt of this funding:

are paramilitaries wearing a suit, shirt and tie during the daytime. It’s [the funding] not going where it should be going.

He said some in the unionist community, who claim to be anti-protocol (Northern Ireland Protocol – the post-Brexit agreement), still have no problem taking money from the Irish government. He said his attitude is “don’t give them a penny, don’t give them any money”. McCord says this money is meant for the local community but, within the unionist community, loyalist paramilitaries “hold great sway, to put it mildly, on where the funding goes”. Likewise they hold sway in the allocation of housing and jobs, in loyalist communities, that come from this same funding.

So, according to McCord, despite all these years of a peace agreement and a loyalist ceasefire, there still isn’t real peace. Since that ‘ceasefire’, loyalist paramilitaries have “murdered 32 protestants within their own community”. The vast majority of these murders remain “unsolved”, says McCord. Yet – for some reason – none of the politicians, from any community, appear to be calling for an inquiry into these murders nor asking why there have been no convictions. He believes:

deals have been done to ensure people in paramilitary organisations don’t be prosecuted because it won’t help the peace process.

When people [are] murdering, there is no peace process. People [have] to start being honest here.

So, according to McCord, the powers that be believe:

He has had to move home several times because the UVF has made attempts to murder and kidnap him. He added that while:

He added that it’s not Irish republicans that want to kill him; it’s people the media labels as ‘loyalists’. He adds:

They’re not loyalists, they’re rapists, drug dealers, extortionists, gangsters and bigots – that’s what they are. [It’s a] disgrace they call themselves loyalists or unionists. And it’s time our politicians within unionism started saying this too.

When McCord took his concerns to mainstream unionist politicians, they fell on deaf ears. McCord said he met with the current DUP leader, Jeffrey Donaldson, soon after his son’s murder. He said Donaldson offered to name his son’s murderers in Westminster. But all these years later he’s still waiting. He doesn’t know exactly why Donaldson didn’t name them. However, he speculated that it may have something to do with the fact his son’s murderers were exposed as police informants.

He said neither police nor unionist politicians have done anything for him in terms of protection or getting justice for his son. He believes they:

take the easy option, in essence they’re cowards…paramilitary murderers come first, the victims come in last place, not second [but] in last place. As simple as that.

Despite coming from what’s seen as two opposing communities, MacAirt and McCord are united in their mistrust of the British establishment. But they’re also united on something much more constructive. They’re united and determined, through their research and campaign work, to force the British and Irish governments out of their silence and inaction.

If anything could be truly meaningful in this situation, the signing of the ‘peace agreement’ could be marked by people calling out the establishment’s deliberate silence and refusal to act in the interests of victims. It could be marked by people showing greater support for victims’ campaigners. With the elections on 5 May looming in the north of Ireland, they could be made to play a part in that outcome.