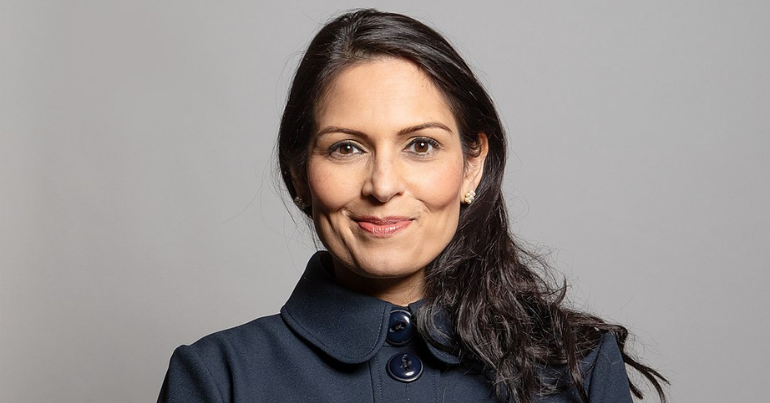 The government has announced plans to send asylum seekers to Rwanda. Priti Patel is currently in Rwanda to finalise a £120m trial that will see mostly single men who arrive in Britain being flown to Rwanda for processing.

Under the proposal, Rwanda would take responsibility for them, put them through an asylum process, and at the end of that process, if they are successful, they will have long-term accommodation in Rwanda.

Campaigners, rights groups, and politicians have called the plans “ill-conceived, inhumane and evil.”

This plan is part of a larger series of “barbaric” measures put forward in the Nationality and Borders bill. The bill is currently in its final stages, having passed through the House of Lords. The United Nations Refugee Agency (UNHCR) have made it clear that if the bill is passed, it would be catastrophic for refugees:

UNHCR believes the UK’s Nationality and Borders Bill would penalise most refugees seeking asylum in the country, creating an asylum model that undermines established international refugee protection rules and practices.

The borders bill makes it even harder for refugees to find safety and asylum within the UK. One of the biggest problems with the borders bill is that it divides refugees up into two groups. The Refugee Council explains:

Refugees who travel to the UK through third countries via irregular routes (like crossing the Channel in a small boat) will be given a new form of temporary protection with limited rights to welfare benefits and family reunion, and they’ll have their status reassessed after 30 months.

Those who travel via “irregular” routes are to be considered one group, and those who took a more direct route will be considered another. The Refugee Council’s own research shows that most of the people arriving by boats are refugees. We also know that the refugees who arrive via boat risk severe injury and death in order to arrive in the UK.

As the Refugee Council say:

It is impossible to tell how much someone needs our help merely by the way they arrive in the UK. The majority of refugees have no choice but to use irregular routes to enter another country.

The bill also makes it clear that the two groups of refugees will have different rights:

The Secretary of State or an immigration officer may treat Group 1 and Group 2 refugees differently, for example in respect of—

The plan to remove refugees to Rwanda is a follow through of the legislation outlined in the borders bill. It is also reminiscent of the outsourced detention centres used by the Australian government. According to Human Rights Watch (HRW), Australia currently holds the record for detaining people for the longest amount of time. Elaine Pearson, director of HRW, said:

Detaining people solely due to their immigration status is harmful, expensive and ineffective as a deterrent to migration. The Australian government should stop punishing those who may have fled violence and other injustices and offer rights-respecting alternatives to detention.

Both the decision to divert refugees to Rwanda and the borders bill itself are not only an attack on refugees. They are also an attack on the basic humanity and morality required to understand that people arriving in the Channel, by regular or “irregular” means, are doing so because their lives are under threat. A government which can look at that and make it harder for refugees to reach safety is an inhumane government.

The government is pushing ahead with its plans to open an offshore detention centre in Rwanda. This horrific plan will only inflict further suffering and torture on refugees and asylum seekers.

Join us today at 6pm outside the Home Office to say NO TO OFFSHORING! pic.twitter.com/2L2WlPWd42

The Refugee Council have put together a template to assist people in writing to MPs to voice their disagreement with the borders bill.

We absolutely must stand against anti-refugee and anti-immigrant rhetoric wherever we find it. The borders bill is a horrific piece of legislation, and we must work to make sure that all refugees are welcome here.