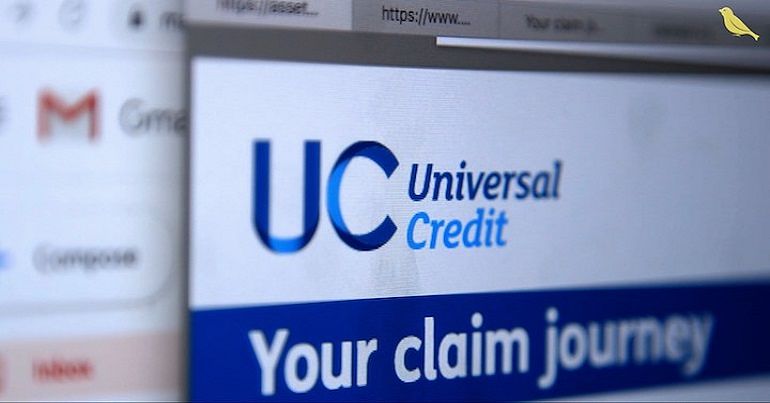 The government’s statistics body has intervened in a long-running scandal involving the Department for Work and Pensions (DWP). It’s about its refusal to provide figures on the Universal Credit system for chronically ill and disabled people. However, the intervention is just the tip of the iceberg. For years, the DWP has been burying figures which could expose the harsh reality of Universal Credit.

Universal Credit and the WCA

As Disability News Service (DNS) reported, the Office for Statistics Regulation (OSR) has written to the DWP. This happened after DNS founder and editor John Pring wrote to the OSR, asking it to act over the DWP’s failure to publish figures on Work Capability Assessments (WCAs) on Universal Credit. The DWP uses WCAs to decide what social security people are entitled to. But for years, it’s been mired in scandal: from the conduct of the private companies that run them to the deaths of claimants who WCAs said were “fit for work”.

The DWP started using WCAs for Employment and Support Allowance (ESA), and has released figures on them since 2010. However, it has never done the same for Universal Credit. So now, the OSR has stepped in.

The DWP: the OSR steps in

The OSR’s deputy director for regulation Mary Gregory has written to the DWP. She said:

Gregory noted that the DWP said in 2017 that it would look into collating WCA data and publishing it. However, it said at the time that:

It is not possible to provide a precise timescale or definitive list of additional breakdowns [WCA statistics] at this stage.

So, Gregory – albeit politely – told the DWP it needs to sort this out. She said there is:

a continued and unfulfilled need for WCA statistics since the rollout of Universal Credit as most new claimants are excluded from the ESA WCA statistics. It is not clear from what is publicly available, what, if any, plans are in place to address this and when they are anticipated to be completed. We expect statistics producers to be clear and transparent in their decision making, and to include reasons why gaps in reporting remain.

The DWP told DNS that it:

will respond to the Office for Statistics Regulation in due course. The response will be published.

But will it listen? Based on the historical evidence, this is unlikely.

The department’s lack of figures and analysis over Universal Credit has been a brewing scandal for years. As The Canary reported in 2020, at the time the DWP was:

Perhaps most worryingly, the DWP was not publicly collating data on claimant deaths on Universal Credit. It also repeatedly avoided giving these figures to people making Freedom of Information (FOI) requests. More recently, the DWP pushed through the controversial £20-a-week cut to Universal Credit without assessing how it would impact claimants.

Most of the points above remain true. The DWP has, for example, released figures around five-week wait advances when MPs pushed ministers to. However, it still routinely does not publish comprehensive data on this or other aspects of Universal Credit.

The exact reasons for the DWP’s huge lack of data on Universal Credit are unclear. But Ken Butler, from Disability Rights UK, explained one of the consequences to DNS:

The DWP is beginning the forced ‘managed’ migration of ESA claimants to Universal Credit. Scrutiny of how those already on Universal Credit are being treated in terms of work capability assessment referrals and outcomes is essential. Any lack of DWP transparency can only reinforce ESA claimants’ worries about having to leave the benefit.

As The Canary previously wrote, the DWP’s lack of public data on Universal Credit shows:

At best, it cannot cope with a complex system running away from it. But at worst, it shows wilful negligence.

But whether it is burying the data or just refusing to compile it, the DWP is, perhaps intentionally, stopping scrutiny of Universal Credit.

This is not surprising when the evidence surrounding its use of the WCA in ESA is so damning. As far back as 2015, researchers linked the process to nearly 600 cases of people taking their own lives. The DWP’s own figures show that between December 2011 and February 2014, around 90 people a month who it said were fit for work were dying.

Then, a 2016 report from the UN accused the UK government of “grave” and “systematic” violations of disabled people’s human rights. It also said that the WCA “processed rather than listened to or understood” claimants. It also noted that:

the needs, views and personal history of persons with disabilities… were not properly taken into account or given appropriate weight in the decisions affecting them.

The UN found that the WCA failed to keep disabled people informed about the process they were going through. This resulted in significant “anxiety” and “financial, material and psychological hardship”. In fact, the committee found that the WCA process had caused people’s mental health to “severely deteriorate”.

It is likely that the same things are happening with the WCA and Universal Credit. Currently, except for claimant’s testimonies, we don’t know. The evidence suggests this is an intentional cover-up by the DWP, and one the OSR is right to question. Now, the DWP must start to compile and then release all of the data is has on the WCA. Proper public scrutiny of this controversial element of social security must take place.