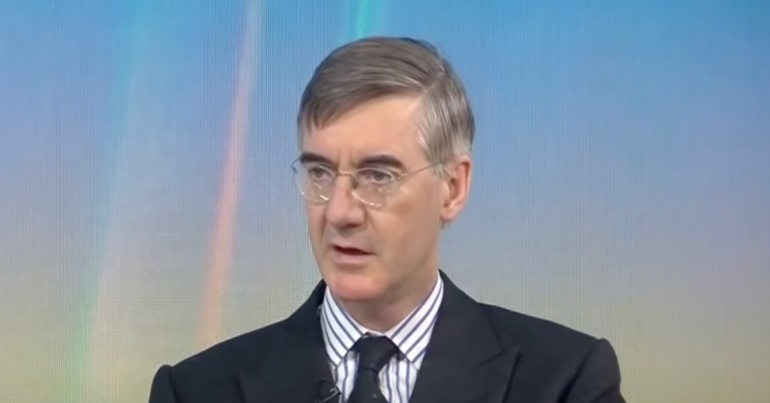 Until recently, the UK planned to ban tourism advertisements linked to the brutal mistreatment of elephants, particularly endangered Asian elephants. But senior Conservatives – reportedly Brexit minister Jacob Rees-Mogg and commons leader Mark Spencer in particular – have succeeded in blocking the legislation that would deliver the ban.

They apparently believe that the move would be ‘un-Conservative’ – seemingly because it would limit people’s freedom to enjoy the fruits of other animals’ agony. But recent attempts to force these Conservatives to explain or defend their so-called ‘conservative values’ have gone unanswered.

Now they face calls to come clean about whether they’re “collaborating” with tourism companies. An upcoming Oral Question in the House of Lords will also put pressure on the government to move forward with the ban.

As The Canary has previously highlighted, many elephants used in tourism endure a training process called pajan. It essentially involves torturing elephants into obedience at a young age so they will perform unnatural behaviours like allowing people to ride on their backs. This training process can involve beating, crushing, and starving the elephants, to name but a few of the horrors, in order to subdue their natural spirits. If they survive pajan, their fear-induced obedience can be maintained throughout their working lives too, such as through the use of a bull hook. This is a weapon that mahouts (keepers) jab elephants’ sensitive parts with – such as behind their ears – to keep them compliant.

Thanks to the efforts of NGOs like Save the Asian Elephants (STAE) and others, parliament was on course to tackle the UK’s complicity in this abuse. According to STAE, 1,200 companies operating in the UK tourism market advertise venues implicated in brutality against elephants. The Animals Abroad Bill contained a promise to ban their advertising of such unethical tourism.

The government now appears to have shelved this bill, however. It claims that it’s committed to moving forward with some of its provisions like banning the import of body parts from trophy hunting. But the government hasn’t confirmed whether it plans to progress the ban on unethical tourism advertising.

As the Independent reported, STAE’s CEO Duncan McNair wrote to Rees-Mogg and Spencer over their reported role in the u-turn. In the letter, McNair challenged both politicians to publicly debate the issue in their constituencies and join STAE on a fact-finding mission to elephant tourism venues.

Neither of them have agreed to McNair’s proposals. The Cabinet Office told him that Rees-Mogg had “diary pressures”. Meanwhile, a source close to Spencer suggested to the Independent that he’s unlikely to engage at all on the matter.

In comments to The Canary, McNair said:

Fellow Tories may have little idea what grievous damage Mr Mogg’s and Mr Spencer’s blocking of their Government’s promises to ban advertising of tourism brutality to endangered Asian elephants and their babies will have on the species. They have persuaded the Prime Minister to abandon the promised measures as “Un-Tory” and that animal welfare has no priority.

He pointed out that voters in Rees-Mogg’s constituency are strongly in support of a ban, according to a recent poll. The same is true in Spencer’s constituency. McNair also asked whether the two individuals would:

explain if they are collaborating with the 1,200 UK travel companies profiting from advertising nearly 300 of the most brutal elephant “attractions” abroad.

The Canary contacted the Cabinet Office for comment. None was provided by the time of publication.

The STAE CEO accused Rees-Mogg of “causing havoc” with the “huge strides” taken towards protecting endangered Asian elephants. STAE’s involvement in those strides has included drafting a bill for the advertising ban, which McNair says the government asked it to do in 2019. That draft bill, titled the Asian Elephants (Tourism) Bill, would stop advertising of attractions involving Asian elephants unless they’re genuine sanctuaries.

McNair says that STAE is in talks with opposition parties on the matter and is “making headway”. He added that the organisation:

still hopes Government will restore its promise to help prevent tourism torture to the elephants, which huge numbers of Conservative MPs as well as the vast majority of Tory (and other) voters strongly support

According to McNair, on 20 June Labour peer baroness Hayman of Ullock will also ask the government outright in the House of Lords whether it intends to introduce a ban. McNair expects other opposition parties to table further questions too.

During the coronavirus (Covid-19) pandemic, some elephants used for tourism got a brief respite. Their owners released them to sanctuaries that offered to take them in under adoption and fostering schemes. Now that the tourism industry is opening back up, however, elephants risk being forced back into servitude – and all the horrors that come with it. McNair told The Canary:

This is exactly the right time to implement a ban and limit the UK’s complicity in what these elephants are facing. But it appears that some Conservatives’ abhorrent ‘values’ are standing in the way.