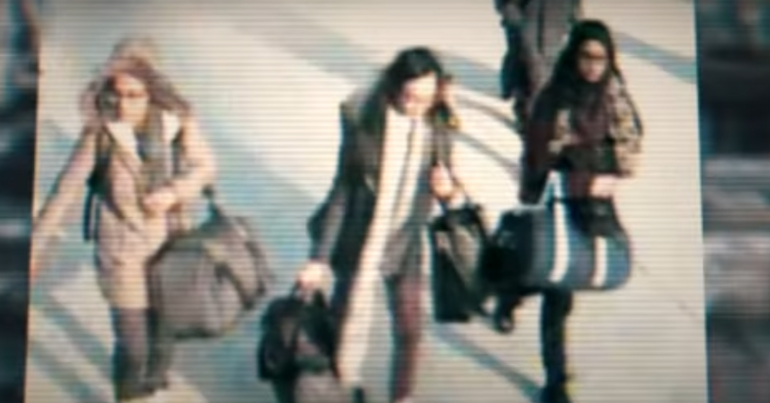 In February 2015, three girls – Shamima Begum (15), Kadiza Sultana (16), and Amira Abase (15) – from South London made their way via Turkey to ISIS-controlled Syria. A story that emerged in March of that year was how the three were smuggled into Syria by a man who claimed he worked for the Canadian Security intelligence Service (CSIS). Moreover, there were claims that UK intelligence were aware of this dimension.

Now, with the publication of a book that examines some of those claims, there is revived interest.

Though there are still many unanswered questions – in particular about the alleged cover-up by UK police regarding the part played by the CSIS in human trafficking.

The Canadian intelligence angle received significantly less media coverage than other aspects of the story. There were, however, a few exceptions.

On 13 March 2015, an article by the Guardian referred to a Syrian man – but not by name – who helped the girls. It noted that he worked for Canadian intelligence.

Two days later the pro-Turkish government Daily Sabah published more details. This included the name of the man who conducted the trafficking operations as Mohammed al-Rashed.

According to the Canadian broadcaster CBC, Rashed was also known as Dr Mehmet Resit. Rashed claimed that he trafficked for ISIS in order that he could pass intelligence to Canada in exchange for Canadian citizenship.

A Reuters article quoted a Canadian government source in Ottawa, who said Rashed did not hold Canadian citizenship and “was not employed by CSIS”. According to CBC, a Turkish ‘intelligence report’ claimed there was evidence of texts Rashed had sent to officials working for Canadian intelligence.

Daily Sabah further pointed out that:

Michel Juneau-Katsuyo, a former agent for the Canadian Security Intelligence Service (CSIS), told Canada’s iPolitics that Rashed may be a “human source” for the agency, noting that they are not considered employees of the CSIS.

Rashed’s trafficking of the three girls was seemingly not a one-off. Daily Sabah reported that:

based on information discovered on Rashed’s laptop computer, he helped 140 Britons travel to Syria to join ISIS apart from the three girls.

The Daily Sabah article included a video, filmed by the Turkish TV channel HBR (A Haber), of Rashed being arrested by Turkish authorities. There was also a video, covertly recorded by Rashed with the three girls at Gaziantep, of him helping them with their luggage and referring to the Syrian passports he would give them:

In a tweet on 31 August 2022, investigative researcher David Miller raised the matter of Rashed’s mysterious handler:

Was anyone else in the British state aware of the trafficking of under age girls (inc Shamima Begum) into Syria? In 2015 the Turkish police believed it "likely" the handler for the smuggler was a British intelligence officer working in the Canadian embassy in Jordan. https://t.co/pE19BXXgiW pic.twitter.com/KU6oAiyBDT

Miller’s tweet was posted in response to a tweet by the Begum family’s lawyer Tasnime Akunjee. He noted the claim that Met police officer Richard Walton, a former head of counter-terrorism, had been briefed by CSIS about their role in the trafficking of Begum.

A new book titled The Secret History of the Five Eyes by Richard Kerbaj (a security correspondent for the Sunday Times) published on 31 August claims the Met police’s counterterrorism branch was approached by the CSIS on this matter. Also, he claims that Canada asked the British to cover up its role in the trafficking operations.

As for Walton, The Canary previously reported that he was linked to the Special Demonstration Squad – now the subject of an inquiry into undercover policing.

With the publication of the book by Kerbaj, the story has now attracted broader media coverage.

For example, on 1 September 2022 the BBC published an article on this via its website and via its regular news bulletins.

There was also a video, which mentions a podcast by Josh Baker on what happened to the three girls, in particular Begum. Baker added that a senior intelligence officer confirmed Rashed was providing intelligence to the CSIS:

As with the earlier 2015 reports, the BBC claimed that Rashed, who is in jail in Turkey, was providing intelligence to Canada while at the same time trafficking people to ISIS. The BBC added that Rashed:

gathered information about IS, mapping the locations of the homes of Western IS fighters in Syria, identifying IP addresses and locations of internet cafes in IS-controlled territory, and taking screenshots of conversations he was having with IS fighters.

The role of the CSIS has been known since 2015, and this aspect was raised by Begum’s lawyer four years later when he wrote to then-home secretary Sajid Javid. Akunjee requested that the decision to revoke Begum’s citizenship be reversed.

#shamimabegum – Just a reminder that we wrote to @SajidJavid on the 29th May 2019 specifically pointing out the involvement of the Canadian Spy as an agent involved in the trafficking of Shamima. This letter was published in full in The Times :- https://t.co/B1JL3D2Fth pic.twitter.com/CsBdNntANl

But Begum has remained stateless.

Meanwhile, it’s reported that Canada will be conducting an investigation into the spy smuggling scandal. Whether that investigation extends beyond the role of the CSIS to examine a potential UK link to what happened is unlikely.

Ever since those 2015 reports, a number of unanswered questions remain.

In particular about the mysterious “Matt”, his connections with Rashed, and who he worked for.

Also UK police tried – unsuccessfully – to warn the parents of all three girls of the danger of travelling to Syria. The girls were given letters from the police to give to their parents, but hid them. The families of the three girls have since raised questions about how the police intervened. They have accused the police of a catalogue of failures.

Begum is currently detained in a camp in north-east Syria. She gave birth to three children who have all since died. As for Sultana and Abase, their fate is unknown, though Sultana is believed to have died following an attack by the Russian air force in 2016.

Intelligence-gathering looks to have been prioritised over the lives of children.

Begum and her two friends were vulnerable teenagers, trafficked and subsequently sexually exploited. Had they been white and middle class, their fates would likely have been very different.

As can be seen, the three girls were failed by UK politicians, UK police, and border authorities, as well as by the intelligence services of possibly two countries. They were also failed by a media that did not suitably emphasise the role of intelligence services in this debacle. That collective failure has seen the death of at least one of the girls, to say nothing of the damage it’s caused to the lives of their families.

Britain has lauded its efforts to stop Isis and the grooming of our children by spending millions of pounds on the Prevent programme and online monitoring. However, at the very same time we have been co-operating with a western ally, trading sensitive intelligence with them whilst they have effectively been nabbing British children and trafficking them across the Syrian border for delivery to Isis all in the name of intelligence-gathering.

Former World Health Organisation director Anthony Costello summed it up in one tweet:

British by birth Shamima Begum was a 15yo child who was targeted, manipulated by a Canadian spy and trafficked to Syria. She suffered greatly and saw 3 of her infants die. The case to restore her citizenship and bring her home to a safe place is overwhelming. pic.twitter.com/EjRfoe6Ju5

In November, a hearing is to take place arguing that Begum’s citizenship should be restored. In addition, Akunjee has called for an inquiry into what UK intelligence services and the police knew.

Justice is yet to be served.