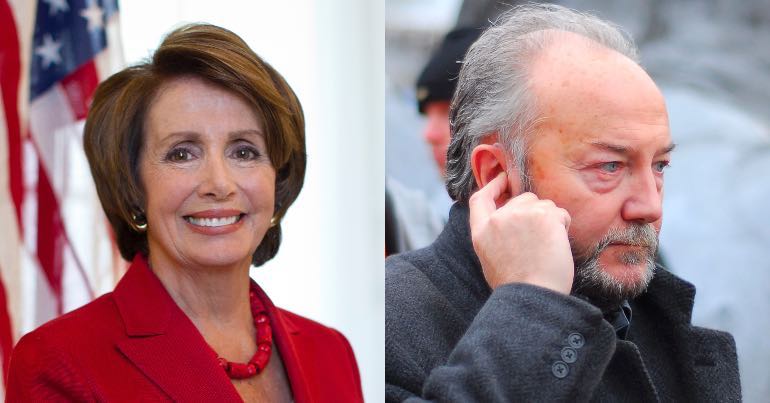 US speaker of the House Nancy Pelosi has warned that Brexit could damage trade agreements between Britain and the US. She made the comments during a speech in the Irish parliament on 17 April. She also said the Good Friday Agreement (GFA) must be upheld and not threatened by Brexit.

Pelosi told the members of the Irish parliament:

We must ensure that nothing happens in the Brexit discussions that imperils the Good Friday Accord, including but not limited to the seamless border between the Irish Republic and Northern Ireland.

And she went further, advising that, if Brexit “undermines” the GFA:

there’d be no chance of a US/UK trade agreement.

The importance of peace

Pelosi mentioned the importance of the GFA in its own right. She said that what it has brought to people in both the south and north of Ireland is “reason enough” to protect it. But she also argued:

We treasure the Good Friday Accord because it is not just a treaty, it is an ethic. It is a value. It is an article of faith for us. It is a beacon to the world. We treasure the Good Friday Accord because of what it says is possible for the entire world; a reason to hope, in every place, that dreams that reconciliation will be possible for them too.

This is the second time that a US Democrat has waded into Britain’s internal affairs.

He argued that it was “unwarranted intrusion” in Britain’s politics. This was not to avoid the question of the border in Ireland, however. Because he also claimed that:

There’s nobody more against a hard border in Ireland than me. I fought all my life to wipe out the border completely and reunite the small island of Ireland.

The backstop, and by extension the GFA, has been a sticking point for the Democratic Unionist Party (DUP) and other Brexiteers. DUP leader Arlene Foster has previously argued that the backstop is a “problem” and a “toxicity”.

A hard border in Ireland would undermine the spirit of the GFA. The treaty calls for “the development of a peaceful environment” and “close cooperation” between Britain and both the north and south of Ireland.