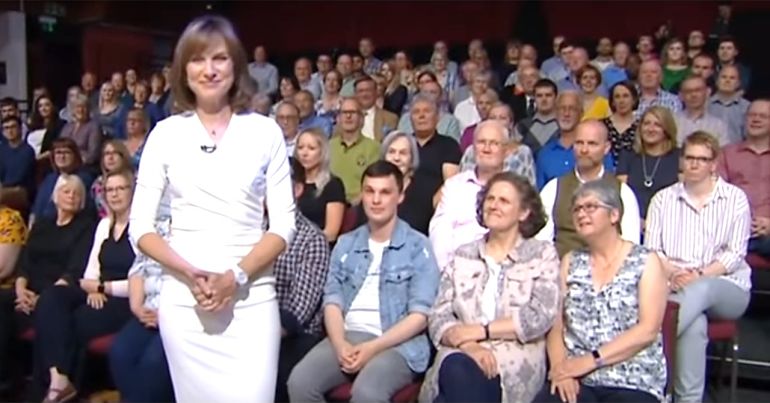 The National reported that Brown said the problem went beyond the 16 May episode in Elgin, Scotland:

This latest episode was stuffed full of Tory plants, but the BBC has done nothing to stop far-right and pro-Brexit parties dominating other Question Time audiences.

We’ve been telling BBC bosses for months that they have a credibility issue with the audience selection process.

There’s no excuse for this nonsense, and the BBC has failed to stop it.

Viewers spotted four Conservative politicians in the Elgin audience. One of them was Mary Scanlon, a Tory member of the Scottish parliament for over a decade and a half. The others were Jane Lax, the Moray Conservatives’ honorary treasurer, and two Tory councillors.

At any time there would be serious questions to answer about credibility, but just days away from the European elections these matters strike at the very heart of the BBC’s ability to fulfil its statutory and elections obligations.

Brown suggested this is a recurring issue for the BBC. In February, former UKIP candidate Billy Mitchell appeared in the audience for the fourth time. This heightened concerns about the audience selection process, given that Mitchell claimed producers ‘bussed him in’ specifically and that the BBC sends him “offers for tickets all the time”.

Question Time does not bar people from its audience because they have held elected office or are political activists.

There is a selection process to ensure a range of views are heard and last night’s QT audience included supporters of different political parties, including the SNP.

The BBC refused a 2010 freedom of information request to disclose how it ensures the Question Time audience is representative.

Where were the SNP supporters?

On social media, people raised further concerns about the makeup of the audience:

Here's the moment where "the women there in the black" (to quote Fiona Bruce) gets nearly a minute to chat Tory politics with the Tory on the panel. The woman there in the black is former Tory MSP Mary Scanlon – politician for 17 years in Holyrood. pic.twitter.com/za7ghVmqkg

With respect to the ongoing problem, the SNP’s deputy leader also said:

Following a similar incident in February, we pleaded with the BBC to be transparent about the processes around audience selection for Question Time, instead they’ve been defensive and refuse to admit mistakes.

Enough is enough. The BBC should refer itself to [TV regulator] Ofcom and allow them to hold an independent investigation. That’s the only way we’ll get to the heart of whether the individuals identified in the Elgin audience lied on their application forms or whether the BBC knowingly allowed these individuals to masquerade as members of the public.