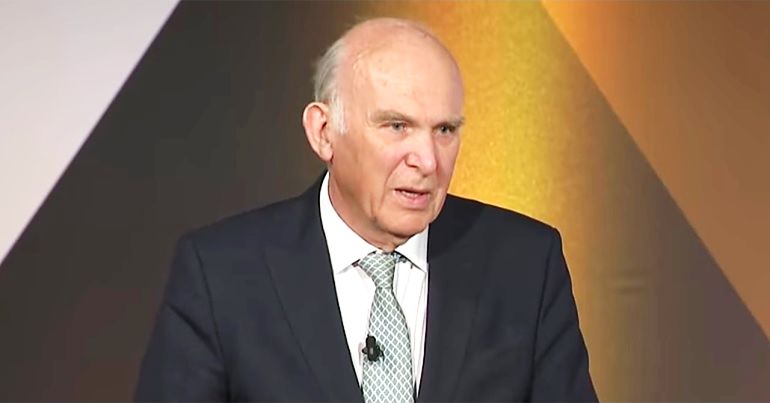 The Liberal Democrats’ former chief secretary to the Treasury, Danny Alexander, just gave his party the kiss of death. Right before the European elections, the now vice president of an investment bank tweeted a chummy picture of himself, George Osborne and Nick Clegg.

It’s hard to think of a worse advertisement for Vince Cable’s Lib Dems ahead of Brits heading to the polls. Because the picture reminded people of the party’s coalition years. This was a period that resulted in the Lib Dems haemorrhaging supporters and losing 49 out of 57 MPs at the 2015 general election.

By the looks of the picture, people would also be foolish to completely rule out the prospect of a cosy Lib Dem / Tory coalition in the future.

Alexander tweeted about a recent trip to California in his role as vice president of the Asian Infrastructure Investment bank (AIIB) on 20 May. The AIIB VP also told his Twitter followers that he’d managed to catch up with some “old friends” along the way:

…and delighted to have the chance to see some old friends too @George_Osborne @nick_clegg pic.twitter.com/oI3I0VBgs3

These three ex-politicians held key positions in the coalition government formed in 2010. It was a government whose lasting legacy was inflicting brutal austerity on its people. The UN’s special rapporteur on extreme poverty and human rights, Phillip Alston, investigated this austerity programme in 2018. He called the massive poverty levels resulting from it a “social calamity”. He also accused the coalition government, and the Conservative ones that have followed, of making a “political choice” which, for citizens, means:

Unsurprisingly then, Alexander’s chummy photo went down like a lead balloon:

This photo will go down in history as “Team Austerity” and the pioneers of huge harm to UK, it’s army, police force, NHS and education system. You all look so proud!

Reminiscing about your part in implementing austerity too perhaps. How's life for you guys these days I wonder.

And it didn’t escape people’s notice that the image wouldn’t help the Lib Dems’ chances at the European elections:

Assuming you still want the Lib Dem’s to do well, now might not have been the best time to remind everyone how cosy you are with the Tories.

This picture is Reason no1 not to vote Lib Dem

The Lib Dems did very well in the recent local elections. And Cable is hoping his party will “shake the foundations” of British politics at the upcoming EU ones. So Alexander’s pally photo is a timely reminder for anyone planning to vote Lib Dem of what they’re actually voting for. That’s if they missed the news about the party going into a coalition with UKIP and the Conservatives in Bolton recently.

Clearly, the party is one political beast that is unlikely to change its spots.