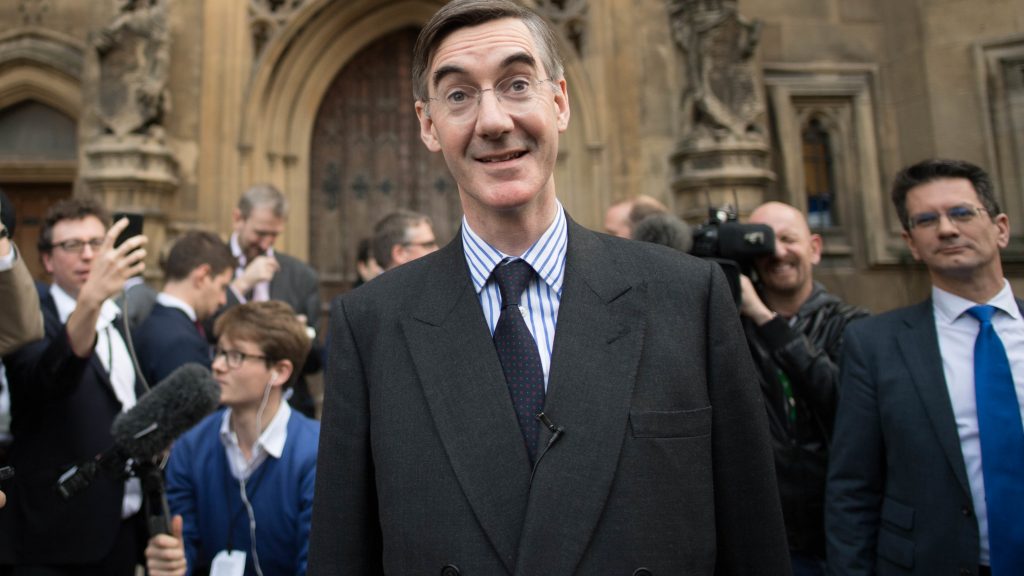 Jacob Rees-Mogg has been rewarded for his loyalty to Boris Johnson and his hardline Brexit views by being appointed as Leader of the House of Commons.

In an unusual move, Mr Rees-Mogg will attend Cabinet meetings despite not being a full member of the Cabinet.

The fourth of five children, Mr Rees-Mogg was born to a wealthy family steeped in the Conservative Party – his late father William Rees-Mogg was a former editor of The Times and was created a life peer in 1988, while his mother Gillian Shakespeare Morris’s father was a Tory local government politician.

His younger sister Annunziata was also involved in the Conservative party from a young age but went on to win a seat at the European Parliament representing the East Midlands for the Brexit Party in May.

Mr Rees-Mogg, a product of Eton and Trinity College, Oxford, started his working life in investment banking, first in London and later in Hong Kong before returning to Britain.

In 2007 he and some colleagues set up their own fund management firm, Somerset Capital Management.

He stepped down as chief executive of the company when he was elected as Member of Parliament for North East Somerset in 2010. He is still, however, a partner at the firm, from which he typically earns around £15,000 a month.

He entered into the relatively modern foray of social media in his own style, his first tweet reading “Tempora mutantur, et nos mutamur in illis”, Latin for “the times change and we change with them”.

When it came to the main issue of recent times, Mr Rees-Mogg – chairman of the pro-Brexit European Research Group – proved a thorn in the side of former Theresa May.

At the time, he was speaking from the backbenches.

Now his voice will be heard in Cabinet.